When the scenery chews back

How landscape upstaged the actors in Cannes 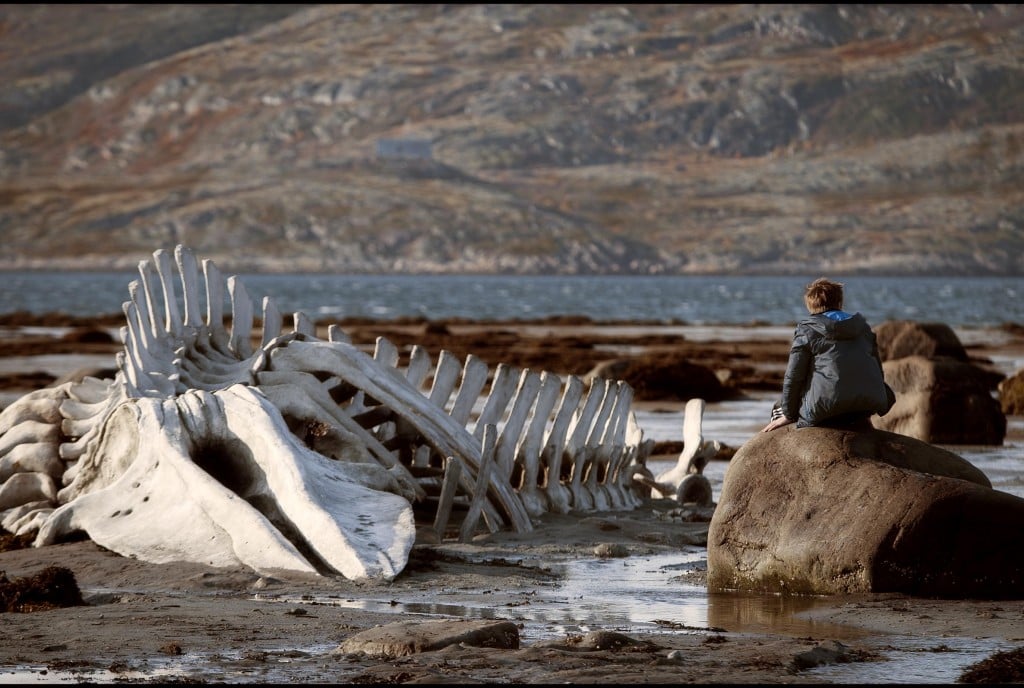 A scene from ‘Leviathan’

In heralding the 50th anniversary of the spaghetti western with the closing night screening of A Fistful of Dollars, Quentin Tarantino noted that it ushered in a genre that pushed music into the foreground of movies. Now, as I look back on the movies I’ve seen in Cannes, I’m struck by how many of them put landscape into the foreground, films that made “scenery” a silent character, a protagonist that can upstage and overwhelm the actors. The most active landscape, of course, is the ocean. It played a starring role in more than one movie here—from the seascapes that inspired the painter J.M.W. Turner in Mike Leigh’s Mr. Turner; the sea that washed a body onto the shore in Naomi Kawase’s Still the Water, and sullen menace of Russia’s northern shores in Leviathan.

I grew up with landscape epics like David Lean’s Lawrence of Arabia and Dr. Zhivago. For a while, landscape and Cinemascope seemed so synonymous that they produced a style of spectacle that could be called “landscope.” But the presence of nature on screen in the films we’ve seen in Cannes was not about beauty. It was about power. When Xavier Dolan made the radical move of shooting Mommy in a square-aspect ratio, chopping off the sides of the traditional wide screen, he was effectively shuttering the landscape to enclose his characters, and offer us no escape. Because landscape is where movies breathe, and where the viewer’s eye has room to roam, undirected by the director.

Here are some of most memorable films in Cannes that gave landscape a starring role:

Timbuktu
In Abderrahmane Sissako’s tale of terror amid aching beauty, improbable trees rise out of desert dunes, as vulnerable as the open tent a cattle-herding family circled by Jihadist jackals.

Winter Sleep
Turkey’s Nuri Bilge Ceylan is one of cinema’s foremost landscape photographers. In this three-and-a-quarter hour epic [which won the Palme d’Or] he takes us into an austere world of houses carved out of cliffs and caves. Perversely, most of the film takes place indoors and characters talk incessantly. When the camera finally goes back outside, it takes your breath away.

Turist (Force Majeure)
It won the top prize in the Un Certain Regard sidebar. The frame below says it all. An avalanche heads straight for a family, and opens up some deep fault lines in Ruben Ostlund’s psychological thriller. The director is from Sweden,  but the avalanche was composed from shots of the real thing in B.C.

Mr. Turner
When you’re making a movie about Britain’s most famous landscape painter, you’re definitely dealing with something that goes deeper than scenery. Mike Leigh takes us on a journey into J.M.W. Turner’s search for the meaning of light

Still the Water
Directed by Japan’s Naomi Kawase, this coming-of-age story about two teens takes place on an island where the natural elements of sea, wind and light play on the screen with the kind of transcedence Terrence Malick pursued in The Tree of Life. 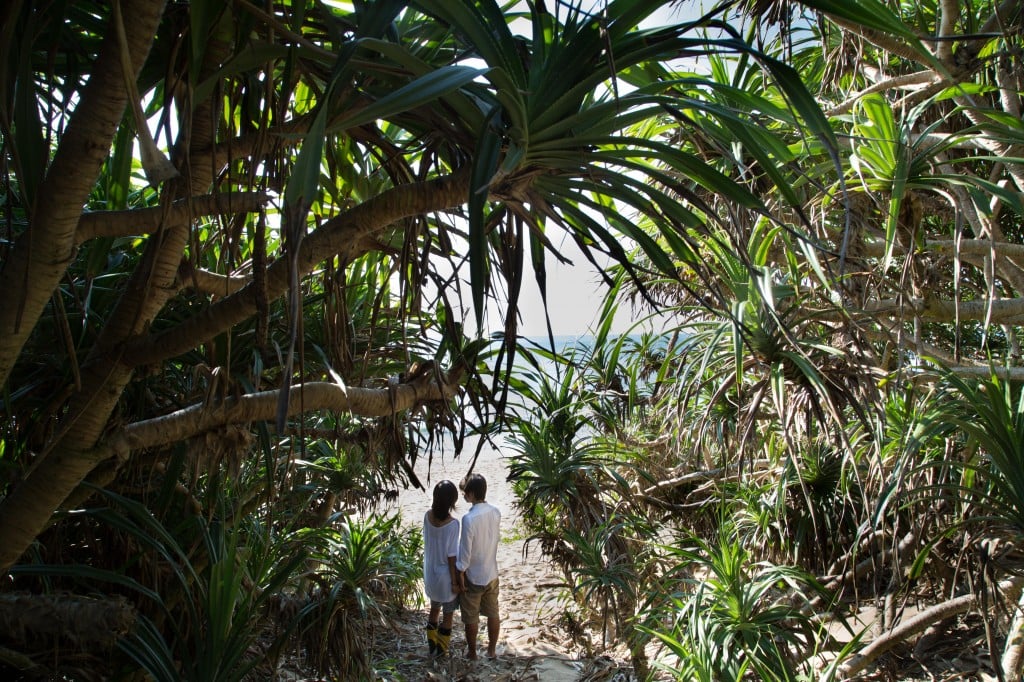 Scene from ‘Still the Water’

The Captive
Say what you like about the Atom Egoyan film that misfired, at least among critics, in Cannes. It’s rare that you see a movie with this much snow. It was shot in Sudbury, Ont., during an especially brutal winter, and with Ryan Reynolds’s heavy beard and the snowbanks serving as buffers in a car chase, there’s no questioning the picture’s national pedigree. 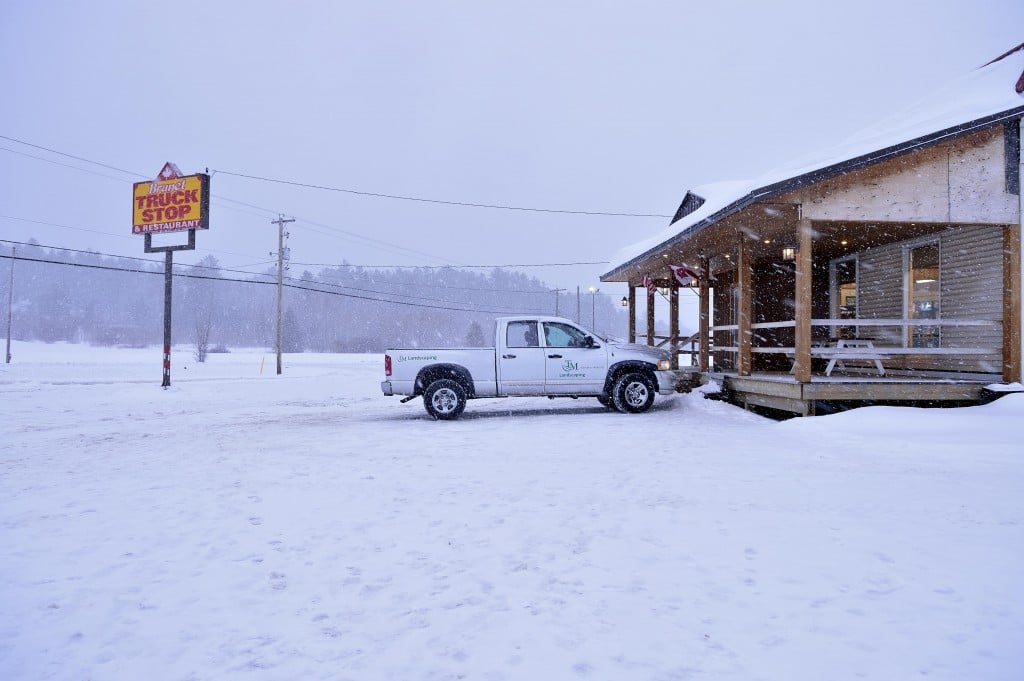 Scene from ‘The Captive’

Clouds of Sils Maria
Most of the movie is a two-hander, as an actress (Juliette Binoche) runs lines for a play with her personal assistant (Kristen Stewart). But they do a lot of it while hiking in the Alps, where they hope to get a glimpse of a serpentine cloud bank called the Maloja Snake. Nice work if you can get it. 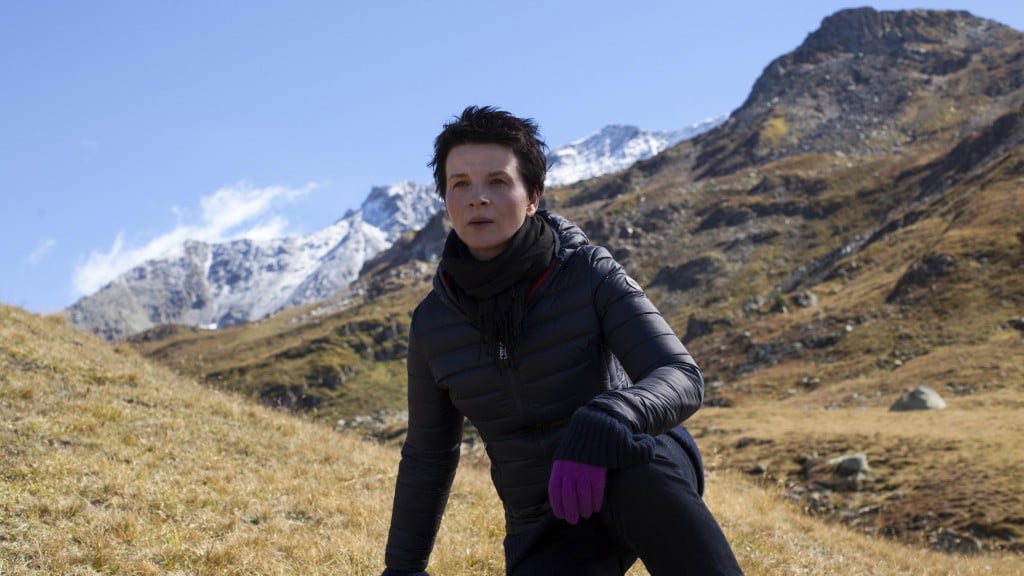 When Jean-Luc Godard puts out a 3D movie at the age of 83 you know the times are a’ changin’. But rather than trying to create depth, the New Wave sage just compounds more layers of text and surface, while the camera follows a dog that follows its nose. The result, a jarring collage of epigramatic text and saturated hues as fake as acrylic paint, is a landscape that’s pure Godard. 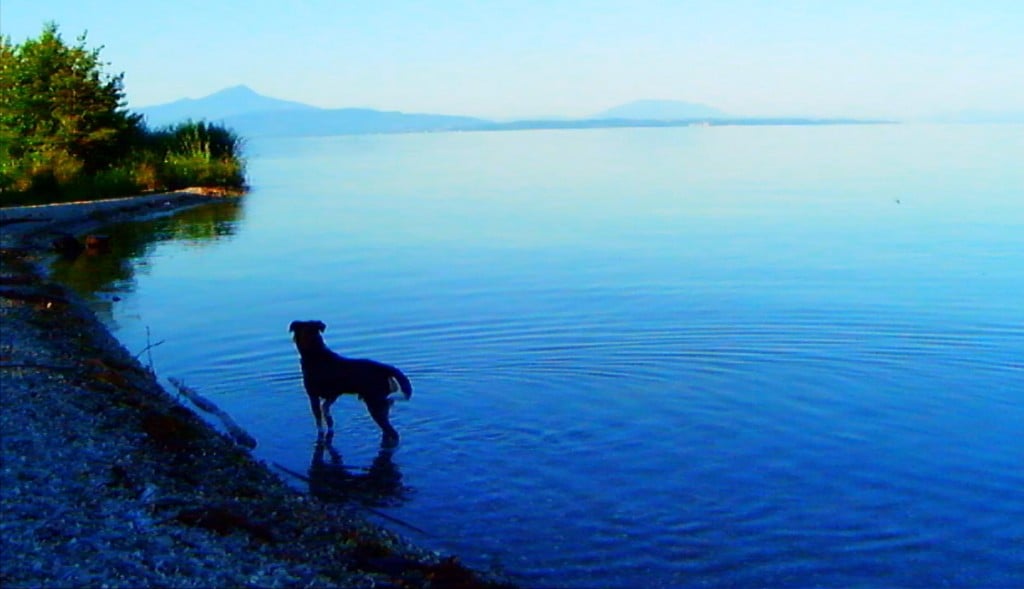 Tu dors Nicole
Stéphane Lafleur composes a wry, exquisitely framed coming-of-age story about a restless young woman whose summer alone at her parents’ house is disrupted when her brother moves in to record an album with his gormless rock band. Shooting in 35-mm black-and-white, Lafleur creates acres of space between his characters, a landscape of alienation spread out like a blank page on a hopeless exam. 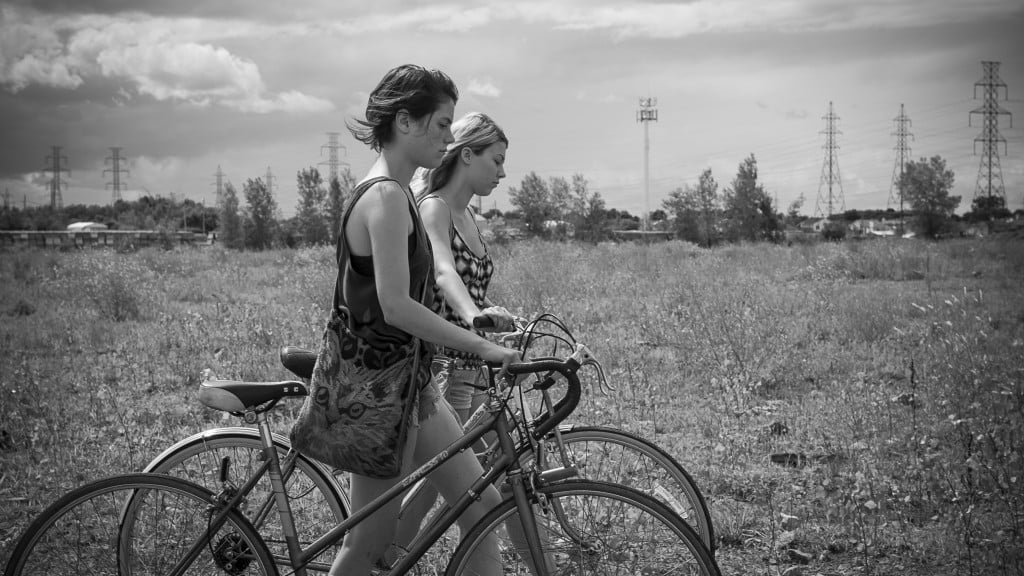