Was sending Fat Albert to jail ever in the cards?

Celebrity figured large in Bill Cosby's trial. Did it factor into the verdict, too? 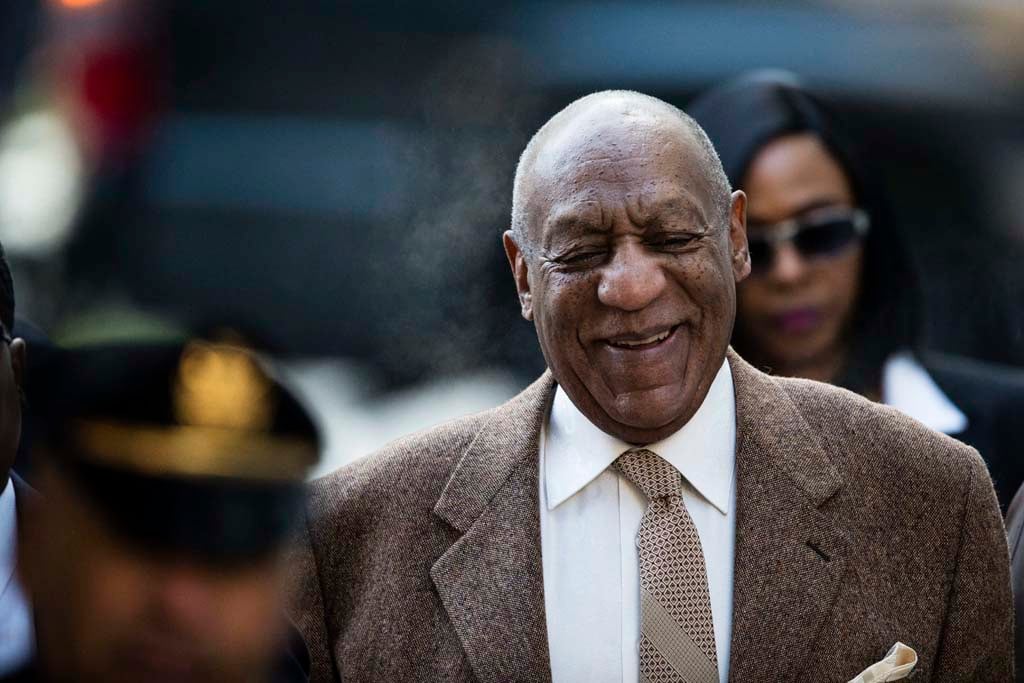 In his theatrical opening argument on day one of Bill Cosby’s sexual assault trial, defence lawyer Brian McMonagle referenced his client’s star-wattage: “As you look there what do you see?,” he asked the jury, walking over to to the defendant. “A brilliant comedian who made us smile when it was hard to smile? A husband whose actions have made him vulnerable? And you may see a man, someone who has achieved greatness and who has endured unendurable personal tragedy [a reference to the murder of Cosby’s son, Ennis, in 1997]. I hope you will see just a citizen who is presumed innocent.”

Such clever sophistry was one reason Cosby retained the prominent Philly lawyer, a star in his own orbit. For there’s no question that a least a few members of the jury found it difficult to regard the celebrity defendant as “just a citizen” (after 53 hours of deliberation, the panel remained deadlocked on Saturday morning, causing the judge to declare a mistrial). Otherwise, the reference to his son’s death, which occasioned national mourning at the time, would have zero resonance.

McMonagle was talking about Bill Cosby—or, as he’s better known in the cultural imagination, Dr. Cliff Huxtable of The Cosby Show or “Fat Albert” or “Scotty” Scott, his character on I Spy, the ‘60s series that made him a star. Cosby is also entrenched in American consumer consciousness as one of its most trusted, persuasive salesmen; for more than five decades, he shilled for all-American products ranging from Coca-Cola to Jell-O. Cosby won the President’s Award for Contributions to Advertising from the Advertising Hall of Fame in 2011. In 2013, after more than a dozen women had come forth to say he drugged and sexually assaulted them, Cosby remained the country’s third most-trusted celebrity—behind Morgan Freeman and Dr. Oz—by one respected ratings measure.

That stature stemmed from the moral authority Cosby amassed long before he was enshrined as “America’s Dad.” Cosby’s character Fat Albert was loved by generations; Fat Albert and the Cosby Kids, an animated show that ran from 1972 into the ’80s, was revered for offering life lessons to urban adolescents. (As it is today: throughout his trial, Cosby was greeted with Fat Albert’s signature “Hey, hey, hey!” from fans outside court. On Friday evening, as the jury entered its 52nd  hour of deliberations, Cosby spokesman Andrew Wyatt held a press conference where he cited the character as “part of [Cosby’s] legacy that would live on.”)

No doubt some jurors, who range in age from 20s to not much younger than the 79-year-old Cosby, recall the accused as a pillar of the community, an educator and a philanthropist with his wife, Camille. For many, he occupied a singular role in America cultural life—one that reinforced a racially fractious country’s pride in itself. Cosby would become a polarizing figure within the African American community, but his rise in the ’60s was proof of the civil-rights movement’s success. The attractive, educated, affluent black family showcased on the top-rated The Cosby Show was credited with paving the Obama family’s way to the White House. As Jelani Cobb wrote in the New Yorker in 2014, Cosby “mining accessible, crossover, happen-to-be-black themes in his comedy” was the source of his “nearly unimpeachable status in American culture.” 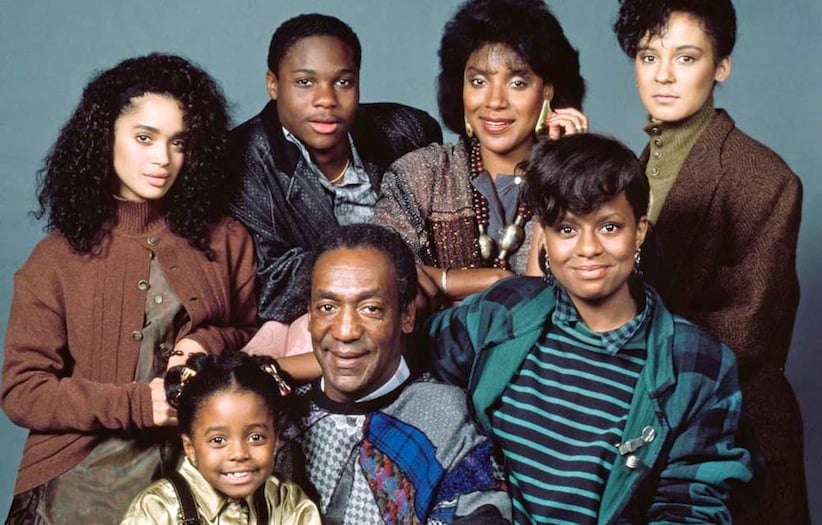 Cosby as Dr. Cliff Huxtable, with his 1980s TV family

The protections and insulation Cosby’s wealth and fame afforded him would be flicked at throughout the trial. On day two, Joseph Miller, a retired lawyer who represented the William Morris Agency in its workman’s compensation cases in the 1990s, testified. Miller handled the lawsuit filed against the talent agency by a former employee, Kelly Johnson, who gave testimony on day one. In it, Johnson said Cosby, William Morris’s most bankable talent, drugged and sexually assaulted her in 1996. The court had to rely on Miller’s notes taken during his two meetings with Johnson because there was no transcript of her second deposition. When asked why there was no official record, which is unusual, Miller answered discretely: “The best way I could answer is, due to the sensitive nature of the subject, we started talking about settling.” That settlement was modest—$10,000—he said. Miller testified the woman who then headed William Morris’s HR also knew about the sexual assault allegations.

The court also heard how Cosby’s people swept in after Gianna Constand, the mother of complainant Andrea Constand, confronted the entertainer after her daughter told her Cosby drugged and assaulted her. The Constands were contacted by a William Morris Agency rep trying to set up a meeting in Miami with Cosby. Marty Singer, Cosby’s L.A. lawyer, called to offer to set up an educational trust for Andrea. A former Cosby employee went public in 2014, after comedian Hannibal Buress reignited scrutiny of Cosby, to claim many women were paid off for their silence.

Cosby’s iconic status at Temple University, where Constand worked and Cosby sat on the board of trustees, also provided cover. Sgt. Richard Schaffer of the Cheltenham Township police lead the 2005 investigation into Cosby. He testified he had visited Constand’s old apartment in Philadelphia in January 2005 and tried to speak to a young women there. She told them Temple University had told her not to talk to anyone. The investigation would be dropped the next month by the Montgomery County’s district attorney’s office, even though it was ongoing, Schaffer testified. James Reape, a detective with the Montgomery County D.A.’s office, who lead the reopening of the case in 2015, also alluded to unfinished business: “We were looking at some things that weren’t done, evidence not evaluated,” he said.

McMonagle reminding the jury of Cosby’s beloved celebrity status in his opening potentially influenced the verdict: it was a stealthy reference to a time-honoured American tradition—the disinclination of American juries to convict and send its icons to jail. We saw it with O.J. Simpson. Michael Jackson was acquitted in 2005 on 14 counts in connection with the alleged molestation of a 13-year-old boy.

There are exceptions of course. A jury sent Martha Stewart to the slammer in 2004. It took six years and two trials, but famed record producer Phil Spector was incarcerated in 2009 for killing a woman in his house. And Tupac Shakur did jail time in the ‘90s for sexually assaulting a fan with three friends who also forced themselves on her. Ironically, a gangster rapper with a history of violence and criminality would be the very sort of celebrity Cosby, the public moralist, would decry as an African-American role model.

Sitting in the Montgomery County Courthouse, where Cosby sat mute and mostly expressionless at the defence table, it was difficult to remember the greatness McMonagle referenced. Yet Cosby’s PR machine was still running, with reports “fans” had visited with him in the room he occupies in the courthouse—one he was said to call his “dressing room.” Judge Steven O’Neill instructed the jurors to evaluate only the evidence they heard. But jurors are only human. And humans don’t like to change their minds about someone they loved, trusted and let into their homes. Who among them wanted to be the one to send Cliff Huxtable to jail?

Note: This story was updated to include the declaration of a mistrial