Who wins Canada's literary prizes — and why

A closer look at the Gillers, the Writer’s Trust and the Governor General awards 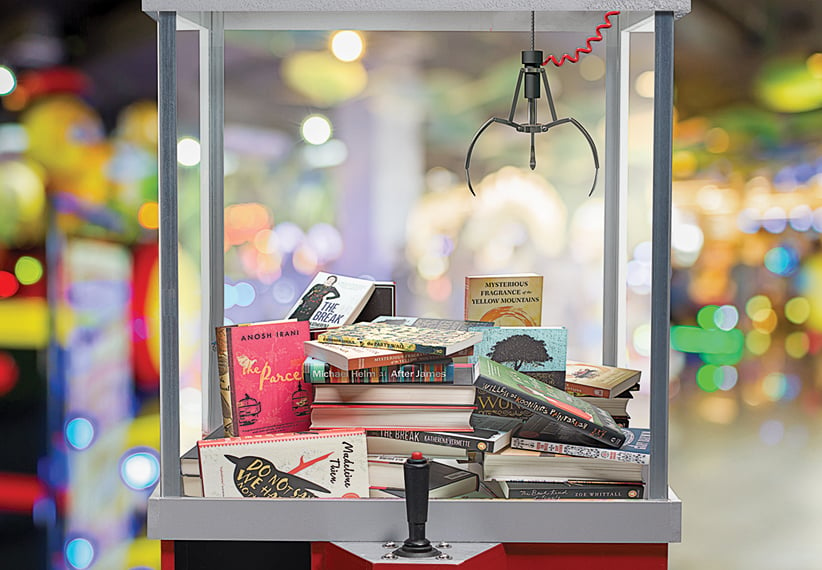 It’s book prize season in Canada, when the usually invisible briefly emerge, blinking in the spotlight. All will be feted, and given the description they will bear for years to come: “whose last novel was nominated for . . . ” A few will be rewarded financially through an unpredictable jury-driven process perfectly described by Yann Martel. Upon winning the 2002 Man Booker Prize, the author of The Life of Pi—a novel, incidentally, passed over even for nomination in Canada—responded: “This year, I had the luck.” But the CanLit world and readers, who need something to guide them, adore prizes, and writers, for the most part, need the money. Besides, everyone loves a party.

And 2016 is shaping up as a particularly notable year. CanLit likes to celebrate its own, and positively loves it when outsiders pay attention: Madeleine Thien’s Do Not Say We Have Nothing—an exquisite novel definitely not ignored at home—was shortlisted for the Booker prize, which is open to any novel by anyone (as long as it’s written in English and published in Britain), and is thus the Anglosphere’s pre-eminent literary prize (the award ultimately went to Paul Beatty). Thien is also nominated for the Scotiabank Giller Prize, Canada’s top award, and won the Governor General’s Literary Award. The GG win was announced Oct. 25, the same day as the Booker made its choice—meaning Thien is the only Canadian writer ever to have had even a chance at taking two major literary prizes on one day.

MORE: Read an exclusive excerpt of Do Not Say We Have Nothing

Of the Canadian book world’s two familiar tropes during award season, the most common—why is this novel on a prize list or, even more frequently, why isn’t that one—has scarcely raised its head. (Although a case could be made by the hard-to-justify absence of Kevin Patterson’s News from the Red Desert.) The second theme—how can juries have such different opinions as to end up, often enough, with entirely different nominee lists—is a complete non-starter this year.

In 2016 the Big Three national awards—the Giller ($100,000, awarded Nov. 7), the Rogers Writers’ Trust Fiction Prize ($25,000, Nov. 2) and the $25,000 Governor General’s awards have kicked over that applecart. With the Giller listing six nominees, which its juries occasionally do when very impressed with the contending titles, there are 16 slots on the shortlists, occupied by only 11 titles. The entire GG list, the last to be announced, was already named on one of the other two.

Besides Thien’s Canadian double (a triple with the Booker), there are four other double nominations. Anosh Irani (The Parcel), Kerry Lee Powell (Willem De Kooning’s Paintbrush) and Katherena Vermette (The Break) all share the Writers’ Trust and GG lists. The fifth GG nominee, Gary Barwin (Yiddish For Pirates) also has a Giller nod.

MORE: Gary Barwin on listening to the parrot in his new novel

Barwin sticks out like a sore Y chromosome on the Giller list, too. He’s the only man there. In an impressive year for Canadian women writers, eight of the 11 nominees are female, and they make up a majority of the shortlist for all three prizes. When British-American novelist Nicola Griffith last year blogged about her hard look at gender bias among five major American and international prizes and their winners this century, the news wasn’t good for female writers: Women won a solid if not equal number of awards but were far more likely to do so if they wrote about men. Women writers whose protagonists kept to female points of view were usually shut out. Griffith’s succinct conclusion: “The literary establishment doesn’t like books about women; women have literary cooties.”

When Maclean’s ran the historic numbers on the Canadian prizes, the results were, well, Canadian—extreme fence-straddling. The trends Griffith found in the U.S. and U.K. were visible here but not as pronounced. Except, that is, further up the literary prize food chain. That’s where Griffith had established the U.K.-U.S. gender balance at its most skewed, and Canada fell in line. “The more prestigious the prize,” Griffith noted, the more likely men were to win it. The Giller, the grandest and richest of Canada’s literary awards, shows the greatest gender imbalance in its two-decade history—14 men to seven women, a 2-1 ratio. Is there a social, as well as literary, aspect to the complete flip of that ratio this year, at least on shortlists, right across the national prize scene?

Maybe, maybe not. Just as the relationship of any given monster storm cannot be conclusively tied to overall climate change, the way trends establish themselves within literary prizes is mysteriously opaque. A shortlist might be taken, sometimes even without squinting, as representing a range of writing, but the bottom line on any winning book—any year, any award—is “it’s the jury, stupid.” A small group of people, usually three to five in number, mostly writers, mostly people who know the nominees, make a choice.

There is rarely an obvious reason why that particular book. Catherine Leroux, one of this year’s Giller nominees for The Party Wall, has been nominated for a prize for everything she has ever published, winning twice. This fall, listening to her fellow nominees read at events, Leroux marvels “how different our books are, with every one of us aiming at different ends and getting there in different ways—how will the jury choose, how can they?” That’s a thought echoed by fellow Giller nominee Mona Awad, author of 13 Ways of Looking at a Fat Girl, who recounts listening to “very powerful writing, crafted in very different ways.” 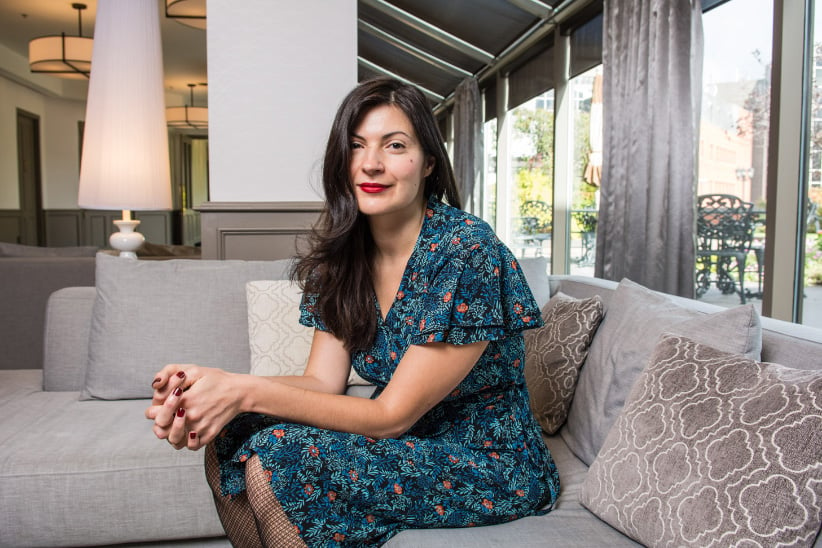 A note on the randomness of prize list groups: Leroux and Awad are both 37-year-old Montreal women. With two of the other four Giller nominees bearing similar demographic profiles—Thien, 42, lives in Montreal, while Quebec-born Zoe Whittall, 40, was educated there—the Giller looks very different than it did at its 10th anniversary, when winners had an odds-on likelihood of being sixtysomething guys from southern Ontario. But good luck finding a deeper or predictive meaning in that coincidence.

What determines the winning pick is clearly as much a matter of jurors’ joint alchemy as anything else, given the quality of the competition. Since juries come and go on an annual basis, the construction of what Mary Osborne, executive director of the Writers’ Trust, calls the prizes’ individual “characters,” is hard to fathom. Yet they do have them, along with more obvious socio-economic differences.

The Giller, held in English Canada’s media and publishing capital, has the glam, the cash and, historically, a tendency to celebrate the already celebrated that goes along with establishment status. The GG, by far the oldest, has the history and an often detectable desire befitting a fount of government money, to be all things to all regions. The WT, which boasts the greatest degree of gender equality among winners, may be the most writerly and sensitive to change of them all. It is, in fact, the national talent spotter.

The Trust is celebrating the 20th anniversary of Rogers (which owns Maclean’s) taking on the sponsorship of its fiction award and those two decades offer an intriguing track record. Even the earliest WT winners tend to still be major figures in CanLit, pointing to their relative youth at the time. André Alexis won the WT in 1998 and again in 2015, when his Fifteen Dogs also took the Giller. The first of the Rogers-era winners was Austin Clarke; he too went on to win the Giller, in 2002, and his death last summer at 81 was national news. 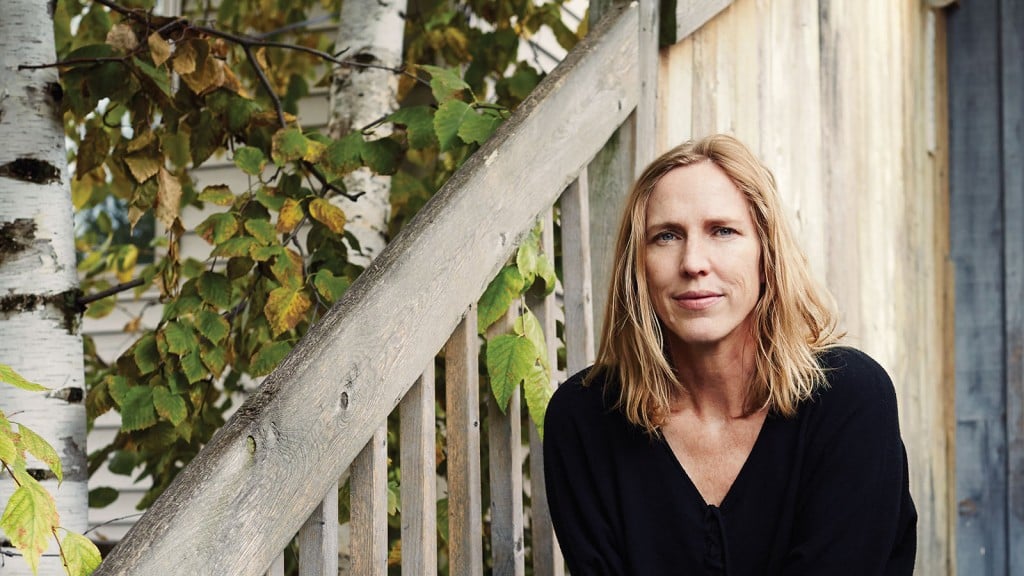 Later winners include Helen Humphreys (2000), Kevin Patterson (2003), Joseph Boyden (2005), Lawrence Hill (2007), Miriam Toews (2008), Emma Donoghue (2010), Patrick deWitt (2011)—and Toews again, the only repeat winner*, who took the prize again two years ago. That rare repeat pattern won’t be replicated this year—none of the nominees has won any of the three national prizes before, another signpost of talent-spotting.

Most telling is the way WT winners have gone on to other awards or recognition far more than winners of other awards have travelled the opposite way. Three authors (Clarke, Alexis and Boyden) won the WT before taking the Giller, while only Alice Munro—whose acclaim brought her three GGs before either the Giller or Rogers Writers’ Trust fiction award came into being—went in the other direction. (She won the Giller in 1998 and the WT as well as the Giller in 2004.)

The details of individual prize years tell a similar story. In 2005 Joseph Boyden won the WT for Three Day Road, possibly his finest novel, and in 2007 won the Giller for Through Black Spruce in what was widely regarded as an acknowledgment of the earlier snub. Emma Donoghue, Giller-nominated this year for The Wonder, didn’t make its shortlist with the Booker-nominated Room in 2010; it won that year’s WT. The average age of winners over the first decade of the Rogers Writers’ Trust fiction award is 49; for the Giller over the same period it is 56.

The WT’s eye for up-and-comers, guesses Mary Osborne, is likely connected to “our writers advisory group, which provides us with juror suggestions, generally fellow authors with a good feel and good knowledge of contemporary writing” in Canada. “They make for juries who recognize talent very early.” So consider this year’s nominees: Irani, Powell, Vermette, Michael Helm and Yasuko Thanh. You’ll probably see them again, on another prize list.

CORRECTION, Oct. 31, 2016: A previous version of this post claimed that Andre Alexis won the Writers’ Trust fiction prize in 1998. In fact, he was nominated, but Greg Hollingshead won.