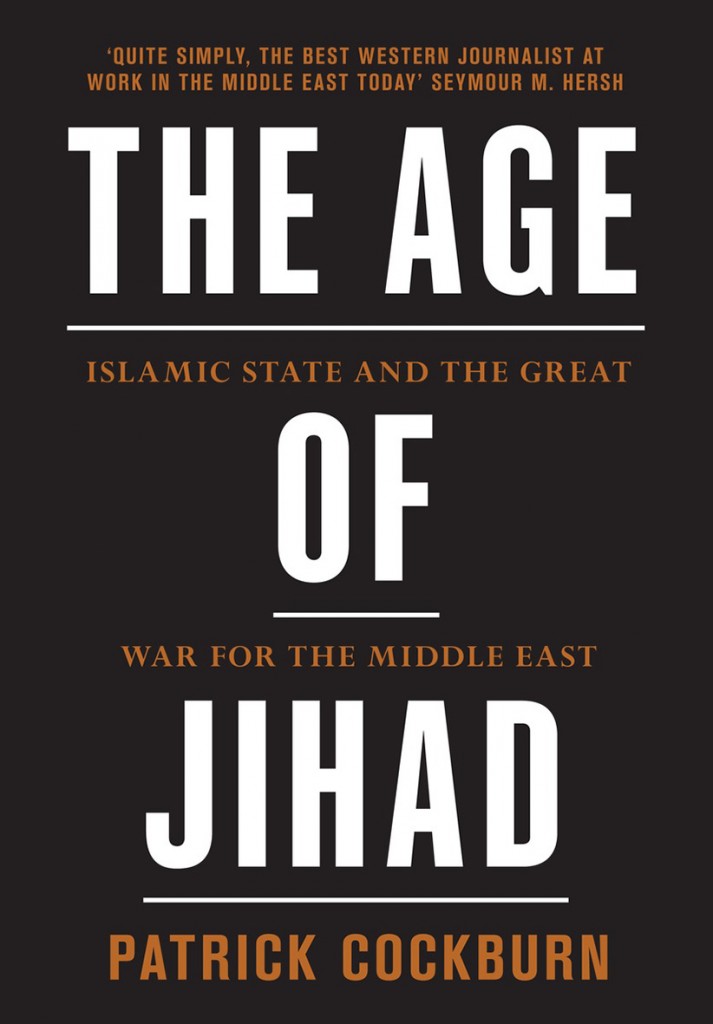 THE AGE OF JIHAD

No matter who wins the U.S. election in November, Americans can be sure their new leader will try to solve the problems of the Middle East by dropping a lot of bombs. Hillary Clinton is an avowed hawk: she backed the 2003 invasion of Iraq, orchestrated the 2011 Western intervention in Libya and intends to increase the bombing of ISIS. Donald Trump’s rhetoric is more bellicose, but much of his stated policy is quite similar to Clinton’s. Trump supported the wars in Iraq and Libya (although he denies this) and his ISIS plan is centred around a promise to “bomb the hell” out of them. In light of these similarities, Patrick Cockburn’s book—a meticulous and blistering condemnation of U.S. foreign policy in the Middle East—is particularly deserving of attention.

It comprises a series of diary entries from his time spent covering the wars in Afghanistan, Syria, Yemen, Libya and Iraq for the Independent. Cockburn outlines a series of stunning errors in Western policy over the past 15 years. In Afghanistan and Iraq, the U.S.-led coalitions installed kleptocrat leaders who clung to power by exacerbating sectarian tensions. In Afghanistan, Hamid Karzai empowered many of the local warlords who had terrorized Afghans in the 1990s prior to the Taliban kicking them out. In Iraq, Nouri al-Maliki consolidated power by doling out contracts to his Shia backers and marginalizing the Sunnis. In Afghanistan, warlords helped the Taliban regain power, and in Iraq, those marginalized Sunnis formed the basis of a local branch of al-Qaeda and, later, ISIS.

Cockburn outlines how difficult it is to suppress an insurgency when it gets support from a wealthy foreign backer. For Afghanistan, it’s the ability to get funds from, smuggle in fighters through, and on occasion retreat to Pakistan. ISIS enjoys similar support from Turkey. Cockburn describes CIA drone strikes as a largely irrelevant tactic that does not deter the growth of ISIS or similar groups and is largely designed to make Americans feel better. Some of Cockburn’s analysis seems outlandish now, but he has a remarkable track record. He predicted that 2003’s Iraq invasion and 2011’s Libya campaign would both lead to sectarian strife, and in 2013 he named Abu Bakr al-Baghdadi “the most successful leader in the Middle East,” well before ISIS was getting mainstream attention.