Why do Canadians give Nickelback the Mean Girls treatment?

Hating a band is just like going to high school. We'll do anything to look like we're cool 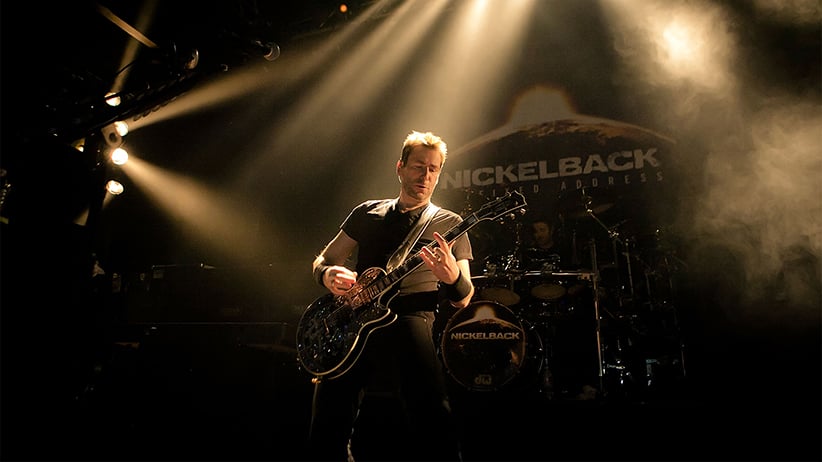 We’ve all been there. Trying to fit in with the in crowd by disregarding things we truly love in favour of what’s “cool.” It happened to me with my pre-teen obsession with Garfield comics; and it’s a core theme in the cinema classic Mean Girls.

In the 2004 flick, Cady Heron (Lindsay Lohan) disregards the friends she actually likes, the clothes she typically wears and the music she truly enjoys (shout out to Ladysmith Black Mambazo) in favour of the approved passions of The Plastics. In a surprising twist, this plot point basically encapsulates Canada’s relationship with the band that the world loves to hate: Nickelback.

For many Canadians, “Nickelback” translates to “butt of a joke” rather than “four-man band first formed in a Hanna, Alta. high school.” The band’s signature pop rock—complete with front man Chad Kroeger’s growling vocals—have been used as punishment for drunk drivers by police in Prince Edward Island. Australian cops put out a joke “Wanted” poster accusing the band of “committing musical crimes.” There is even a “Nickelblock” browser extension to erase and any all mentions of the band while you surf the internet.

“Usually, the opposite of love isn’t hate, it’s apathy, and so like most artists when they release something—even if you’re popular, whether you’re Britney Spears or Ariana Grande—and people don’t like it, who cares, you just move on,” says music journalist Eric Alper, who is a fan of the band and briefly worked with Nickelback when they were first starting out in the 1990s. “But Nickelback seemed to have been a lightning rod for all that is bad about music.”

According to Bullying Canada, bullying includes humiliating others with public gestures, using the internet for targeted put-downs or mockery and just generally “ganging up” on someone—or in this case a group. Having met the band members—whom he describes as the “kindest, nicest, happiest people that you will ever want to meet”—Alper says that Nickelback is “absolutely” the victim of bullying.

Nickelback has graced the world with nine albums, the most recent of which—Feed the Machine—was released just last Friday. But with each milestone, concert and album so too comes a new wave of unprovoked mockery. The latest? Apparently people are trolling U.S. Senator Ben Sass by sending him and his family members tons of Nickelback promo material, an act which is appropriately termed “Nickel-rolling.” In response to the unsolicited content, Sen. Sass told The Verge: “I’m not sure what Canada does but, in this country, cruel and unusual punishment is outlawed. This crossed a line.” But I wonder if what’s truly cruel and unusual is the unsolicited hate that this band receives, simply because at some point, they’ve been categorized as uncool. #WeAreAllCadyHeron 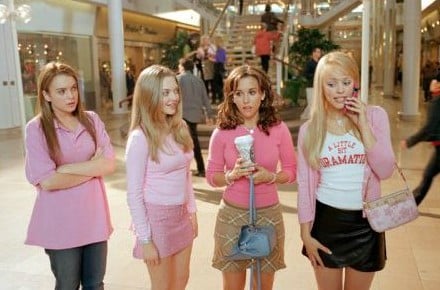 Despite the popularity of Nickelhating, it turns out that Canadians actually hold the band near and dear. According to the recent Maclean’s Canada Project survey, nearly 70 per cent of us consider Nickelback a national treasure.

“I’ve been a fan since I can remember,” says Mississauga, Ont.’s Brianna Foster, 17, who was first introduced to the band by another big fan: her dad. Even though she knows that people tend to hate on Nickelback, she chooses to block out those voices: “I’ve never been embarrassed to be a fan.”

Texas teen Sierra Danielle Busbice, who is also a Nickelback fan, had a different experience.

“When I have the aux (auxiliary cable), I’ll play Nickelback and my friends yell at me to turn it off but I tell them to keep those comments to themselves because I love their music,” she says. “They don’t let me use the aux anymore.”

I can’t say that I’m personally a Nickelback fan, but digging deeper into the reasons for that made me realize that it’s not necessarily because of their music, but because of their unpopularity. As with Cady’s love of competing in calculus or hanging with the “art freaks,” liking Nickelback felt like “social suicide.” Because of that, I never really gave them a chance.

“It goes back to the fact that we’re all very much trying to survive in a culture where a group can turn on anybody for whatever reason they think they’re justified,” says Rosalind Wiseman, who wrote Queen Bees and Wannabes, the book that inspired Mean Girls.

We treat Nickelback like The Plastics treated the Mathletes—and according to Alper and Wiseman, the “Regina George” mentality isn’t driven by the actual quality of their music, nor by album reviews or sales figures. Instead, social media is to blame.

“Everybody can now have their opinion and have it matter. It’s of the utmost importance that these people decide to let it be known that they don’t like a certain rock n’ roll band, which confuses me to no end, still to this day,” says Alper, pointing to the articles and petitions that go viral just for making fun of Nickelback.

Avril Lavigne, ex-wife of frontman Chad Kroeger, even called out Mark Zuckerberg when he joked that there are no good Nickelback songs in a Facebook promotional video. “When you have a voice like yours, you may want to consider being more responsible with promoting bullying, especially given what’s going on in the world today,” Lavigne told the social network founder via Twitter.

The “Complicated” singer made it simple in her hashtags, pointing to the fact that the band has sold more than 50 million albums and TBH, the joke is old—and we agree.

Nickelback’s ability to ignore the haters and keep coming back with hit records and sold-out arena tours is how they remind us of that they are not the losers in this situation. They’ve had six albums reach the top 10 of Billboard’s Top Rock Albums, “Photograph” topped the Billboard Hot 100 for 50 weeks and they are the 11th bestselling musical act in the world. THE WORLD!

While a limit may not exist for the number of bad Nickelback jokes the internet can make, from here on out, let’s hope that we can all just graduate from this high school drama and stop trying to make Nickelhating happen. With majority of Canadians backing the band, including our Prime Minister, it doesn’t need to happen.