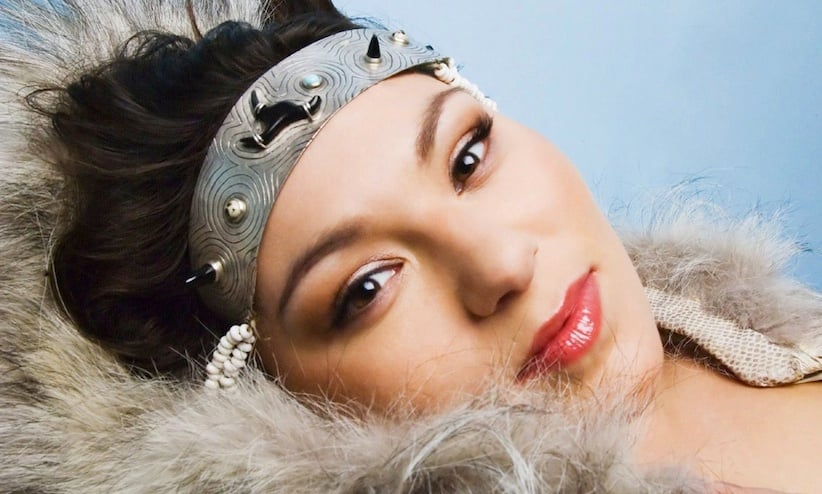 Of course, the weirdos always win—in the history of the Polaris Music Prize, anyway. No one seems to make a fuss when the underdog indie film wins Best Picture at the Oscars, or when the small-press debut novelist takes home a Giller. But the Polaris Music Prize, awarded for best Canadian album regardless of genre or sales, still suffers a perception that only the oddball outliers ever take home the $30,000 cash prize. This, despite the fact that Arcade Fire and Feist have won before, and other winners regularly play to large, sold-out crowds at home and abroad—almost always without any mainstream radio support at all.

Last night’s champion, avant-garde Inuit throat singer Tanya Tagaq, beat out fellow favourites Drake and Basia Bulat, along with seven other shortlisted artists, for her album Animism. She’s the first winner from Canada’s North (Cambridge Bay, Nunavut)—indeed, its first from west of Toronto, for that matter. She’s the first Aboriginal artist to win. She’s not the first experimental artist to win—although maybe she is, if you think 2013 winner Godspeed You Black Emperor  is, for all intents and purposes, still just a rock band with loud guitars. She is by far the most wonderfully weird Polaris winner of all. Scratch that. She is by far the most wonderfully weird musician from Canada or anywhere else this century. She’s not merely unique; there’s no one else who comes even close to what she does: not Bjork, not Meredith Monk, not Iva Bittova, not Mike Patton. Maybe Paul Dutton—but full points to you if you even know who that is.

Tagaq takes an ancient tradition—throat singing originated as a humorous contest between two women—and turns it into a fierce and powerful mode of expression, one equally sensual and terrifying. Tagaq is heavier than most metal bands. Tagaq is not for the faint of heart. Tagaq creates great beauty and great destruction all at once, one woman embodying our relationship with the natural world. Of course, this all sounds ridiculous on paper (or pixels). Until you actually experience what it is she does.

To engage with Animism is to challenge your own notions as a listener. You need to surrender entirely to Animism; it demands your full attention. You will never go jogging or do dishes to the music of Tagaq. That’s no doubt, in part, why the 11 Polaris jurors picked Animism over nine other worthy records, all of which have fantastic, if not brilliant, moments on them: The Polaris prize celebrates the soon-to-be-lost art of the album, a body of work. A fully realized novel, not a few memorable characters or sentences.

The Polaris prize is selected by music journalists: not labels, not promoters, not anyone who makes any money off an artist’s success. I’ve been part of the larger jury that votes on the short list since the prize’s inception in 2006; in 2012, I was one of the 11 people locked in a room choosing a winner. Polaris jurors don’t have much in common with each other, except that they do enjoy hearing something they’ve never heard before, artists who challenge the expectations of a genre and transcend it. In that sense, perhaps it was obvious from the beginning that Tagaq would take the 2014 prize. Animism is not a perfect album, by any stretch, but its brilliance is truly groundbreaking, and even the misfires are brave.

Tagaq had some tough competition. Drake, nominated for 2013’s Nothing Was the Same, has changed the face of hip hop in less than five years; even Kanye West admits that Drake is the current king, to whom everyone else is trying to catch up. Owen Pallett makes an equally intellectual and visceral, orchestral-synthesized pop hybrid heard nowhere else. Timber Timbre is one of the many acts that channel David Lynch films as inspiration; they’re one of the only ones who take that twangy, noir-ish atmosphere and transform it into something equally tough and delicate: maximum mood music. Basia Bulat does nothing original, but possesses the holy trifecta of instrumental prowess, strong songwriting and a voice that can travel across mountain passes. Any one of those albums could—and, arguably, should—have won the 2014 Polaris.

The only other elephant in the room was Arcade Fire. The band won Polaris in 2011 for The Suburbs; few expected them to repeat the feat with Reflektor. Even though they conquered the world in the past 12 months with stadium shows and a clever album launch that was more art project than PR campaign, Reflektor itself was full of peaks and valleys that divided even hard-core fans. That was acknowledged in a speech by Owen Pallett; shortlisted for his own album, he was also asked by Arcade Fire to speak on their behalf (every nominee chooses his or her presenter). Pallett admitted how much he loved The Suburbs (“a perfect album”), but, because he’s a “pervert” (his words), he loves Reflektor because it’s a classic example of the difficult follow-up to a classic album, in the tradition of Fleetwood Mac’s Tusk, The Clash’s Sandinista, etc. It’s a nice thought, in theory. It doesn’t win you any prizes.

The shocker of the evening was Mac DeMarco, a guy who dresses like he crawled out of a Dumpster in Lloydminster, Alta., and acts like a sophomoric YouTube prankster. Listening to his shortlisted album Salad Days, full of breezy ditties that sound like Jimmy Buffett singing with ’90s indie icons Pavement, it’s obvious he’s an amazing, jazz-influenced guitar player, even if he has the cheesiest effects pedals in the world. At the gala, however, accompanied by only an acoustic guitarist and a pianist—and wearing hideous overalls—he swung his hips and transformed into a full-on lounge singer. Not ironically, either. DeMarco can actually sing—like, really sing. Bublé, watch out. DeMarco’s demeanour suggests he’s putting you on, but there’s clearly a lot more going on there than I’ve ever given him credit for.

Back to Tagaq, who, fittingly, closed the show before the winner was announced. After a rousing introduction by accordionist and novelist Geoff Berner, she took the stage with her band and Christine Duncan’s Element Choir. The video screen declared that the performance was dedicated to the 1,182 Aboriginal women either missing or murdered since 1980, in whose names many are demanding a federal inquiry. It’s a statistic that takes on a whole new resonance as you’re forced to read the names alphabetically, as minutes go by live on stage and you realize they’re still only on the letter D, as dozens of Jane Does scroll by halfway through the performance. Augmented by Jesse Zubot’s violin, Jean Martin’s drums and chilling choral blasts, Tagaq took the audience out of a glitzy Toronto gala room and made us putty in her hands. It’s thrilling; it’s uncomfortable; it’s unpredictable. It’s necessary. It’s #IdleNoMore. Most people in the room—seasoned, seen-it-all music veterans all—had absolutely no idea what they were in for. It’s as if we’d all forgotten that music could ever make us feel that vulnerable.

Usually the Polaris winner is incredibly divisive. In the room last night, however, there was no snark. No surprise. Even if people hadn’t yet heard Animism, they knew what they had just seen. They knew the woman who just made that glorious noise deserves something, anything, because it’s rare to encounter art that changes the conversation entirely.