You are what you wear—politically speaking 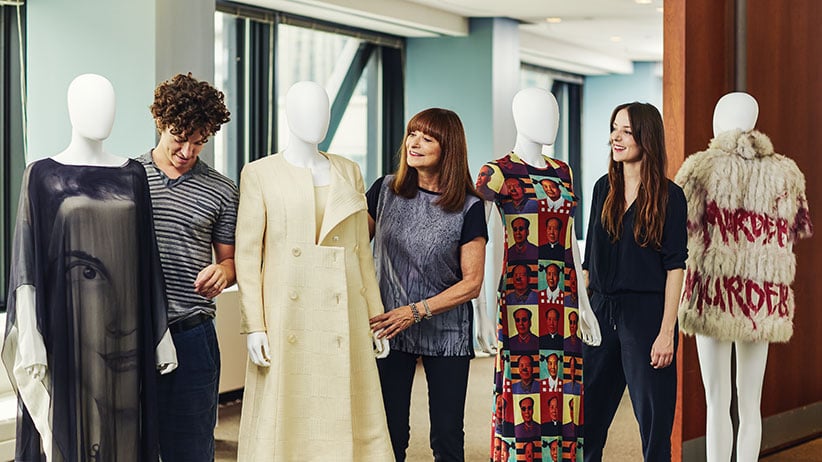 Successful politicians have long recognized the importance of style to their careers. Mussolini thought obsessive grooming was key to connecting to voters (he insisted on getting his balding hair trimmed before giving a speech). Eva Péron’s lavish hat choices and Christian Dior wardrobe won her a saint-like status in Argentina. JFK and Jackie O’s Camelot was a sartorial dream replete with outfits from Brooks Brothers (his) and Oleg Cassini (hers). Their glamour raised the bar for anyone running for office.

When Toronto’s Design Exchange (D/X) museum conceived of the exhibit Politics of Fashion, Fashion of Politics, the Kennedys were understandably the muse. “That era paved the way for so much self-expression,” Sara Nickelson, the show’s curator, says, while opening garment bags containing items such as a Jeremy Scott dress bedazzled with finger-sized machine-gun paillettes and a Vivienne Tam dress screen-printed with several images of Mao’s face. “After that, people began to really say something with almost every item of clothing they wore.”

Nowhere is that more true than in politics. That’s one of the most intriguing threads of the D/X show, which collects a diverse array of fashion objects and moments from the politics-of-fashion theme: protest dresses from Vivienne Westwood’s Climate Control collection, smocks from Rad Hourani’s unisex couture line (a statement on androgyny), fur coats with the word “murder” painted on them, from a PETA protest outside Vogue’s offices.

Veteran fashion journalist Jeanne Beker is the exhibit’s brainchild and co-curator. “The idea first came about when I was working at CityTV in the ’80s,” she says. “Colin Vaughan, who was a political reporter at the time, would talk about how image-driven politics was becoming and we joked about doing a show together because our worlds kept intersecting.” When the D/X approached Beker to curate the follow-up to the museum’s Christian Louboutin exhibit, Beker says, the theme quickly expanded to political messaging in fashion.

Some of the most engaging items on display came from Margaret Trudeau: a Dior cape that Pierre Trudeau wore during his tenure as prime minister, her own homemade wedding dress, and a white dress created by Vancouver designer Plunkett Norris that caused a stir when she wore it to a White House visit in 1977. “It was a scandal!” she recalls over the phone from Vancouver. “Apparently I had insulted the president and his wife because my dress didn’t go to the ground—it went to the calf,” she says. “I felt vindicated, though. We were having a return dinner the next night for the president and his wife. One of the guests invited was Elizabeth Taylor, and her office called to say, ‘Ms. Taylor is wearing a short dress,’ and all of the [women] came in short dresses. I’m so rebellious and wanted to make a statement the next night, so I ended up putting on the wildest thing I could find, a skin-tight Bill Blass silver sequin dress—it was far ahead of its time.”

Canadian fashion designer Jeremy Laing—who designed the exhibit space—says Trudeau used clothing both as a canvas and as a coping mechanism of sorts. “She had a sort of princess Diana sense to what she was doing. There was some strain of rebellion against the position she found herself in,” says Laing. “There’s a segment in the exhibit where we look at the [role] of a first lady’s silhouette—since it is something that stands beside a man in power. She can convey a lot about him through what she wears.”

Of course, the Trudeaus had no image consultant, no focus-grouping of outfits. Margaret herself helped choose some of her husband’s most famous looks. “Pierre didn’t like extra bows or buttons and he always said, ‘Margaret, never wear your wealth,’ ” she laughs. “I got him into the soft, Italian leather bomber jackets and short sport jackets. Nobody was really fashionable before us in Canada.”

The fashion of politics is always more subtle than the politics of fashion. And the limits of radicalism in both realms are best expressed by Margaret Trudeau: “I have learned one thing: the only thing you can change about your husband is the way he dresses,” she says. It’s certainly not any easier to change the world, even if you’re wearing Vivienne Tam.

The politics of fashion 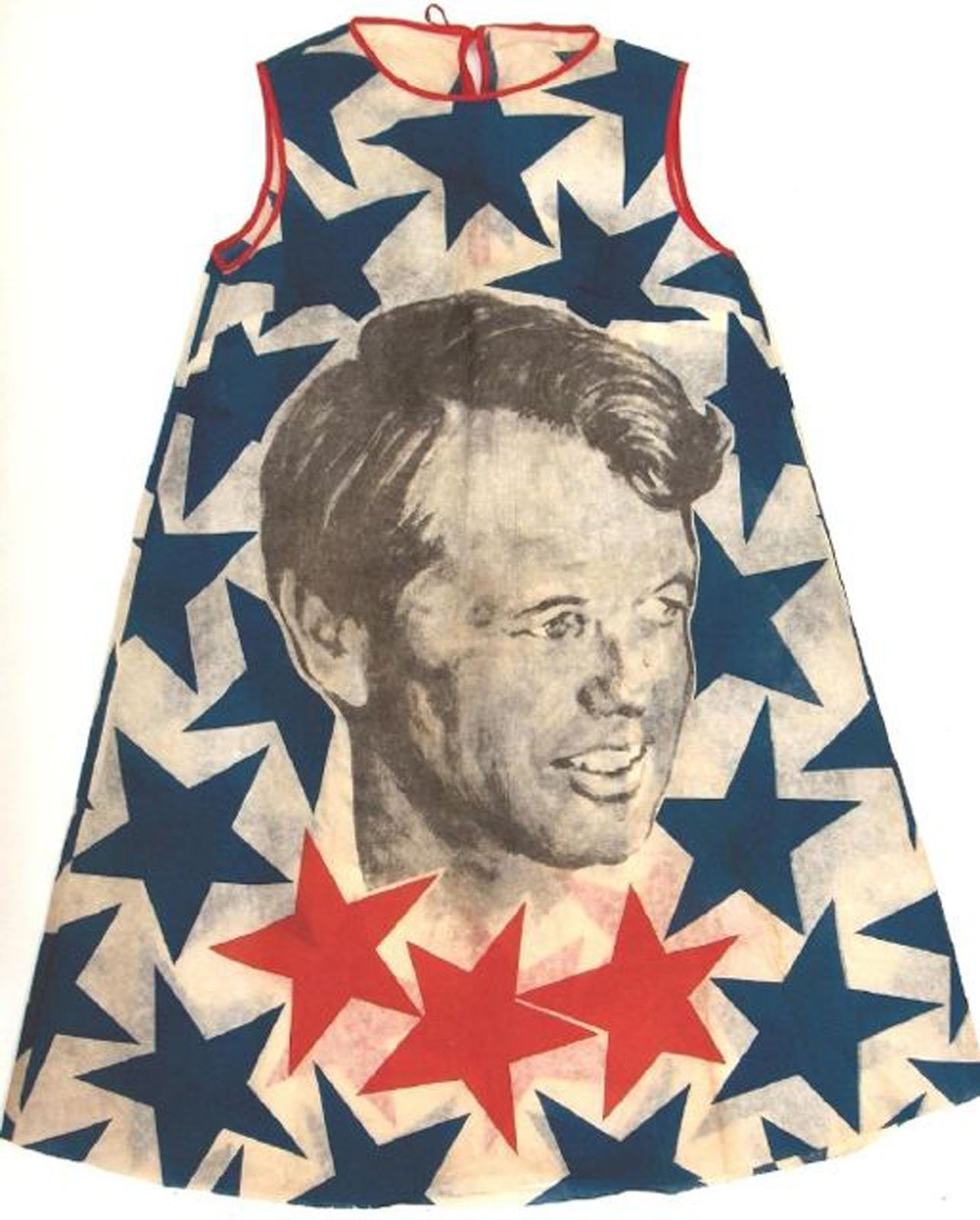