Alberta’s strong carbon policy is key to getting pipelines built

Opinion: If the Trans Mountain project succeeds, it will be because Alberta played ball with the federal government on climate policy 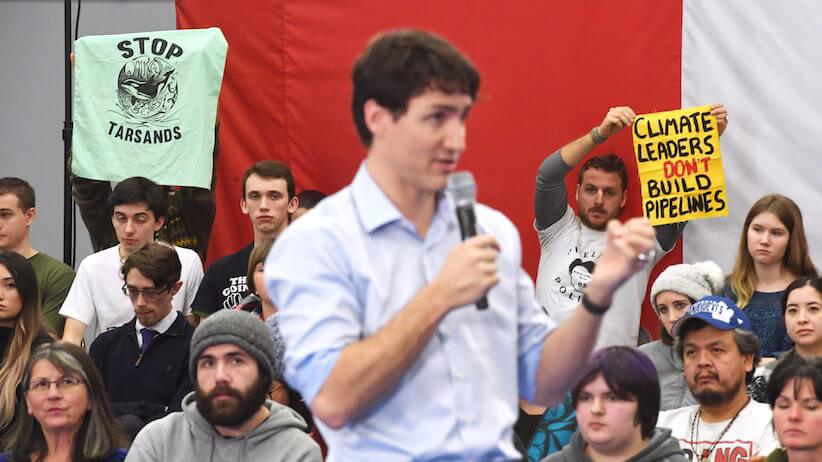 The only reason Alberta has any hope of building new pipelines is because it took decisive action on emissions in November of 2015. When she launched Alberta’s Climate Leadership Plan, Premier Rachel Notley was hopeful Alberta’s aggressive suite of policies would “lead to a new, collaborative conversation about Canada’s energy infrastructure on its merits, and to a significant de-escalation of conflict worldwide about the Alberta oil sands.” (Disclosure: I was chair of Alberta’s Climate Change Advisory Panel.) Today, with an escalating pipeline confrontation between Alberta and B.C., many are questioning the wisdom of those beliefs, and the results of the greenhouse gas (GHG) policies imposed in Alberta in terms of delivering the hoped-for de-escalation. While B.C.’s actions are far from ideal, Alberta’s climate policies continue to pay dividends in the pipeline fight. In contrast to other observers, I don’t think that’s ever been more clear than it was this past week.

Taking such strong action was not the only option available to Alberta. Alberta’s government could instead have chosen to implement a different suite of incremental policies to address GHGs and avoided carbon pricing. It could have remained with the status quo of a smaller carbon price on industrial emissions. It could have backed away from even the levels of GHG policies already enacted in Alberta. Each of these choices would have come with significant challenges, and each would almost certainly have made our current pipeline politics even worse. 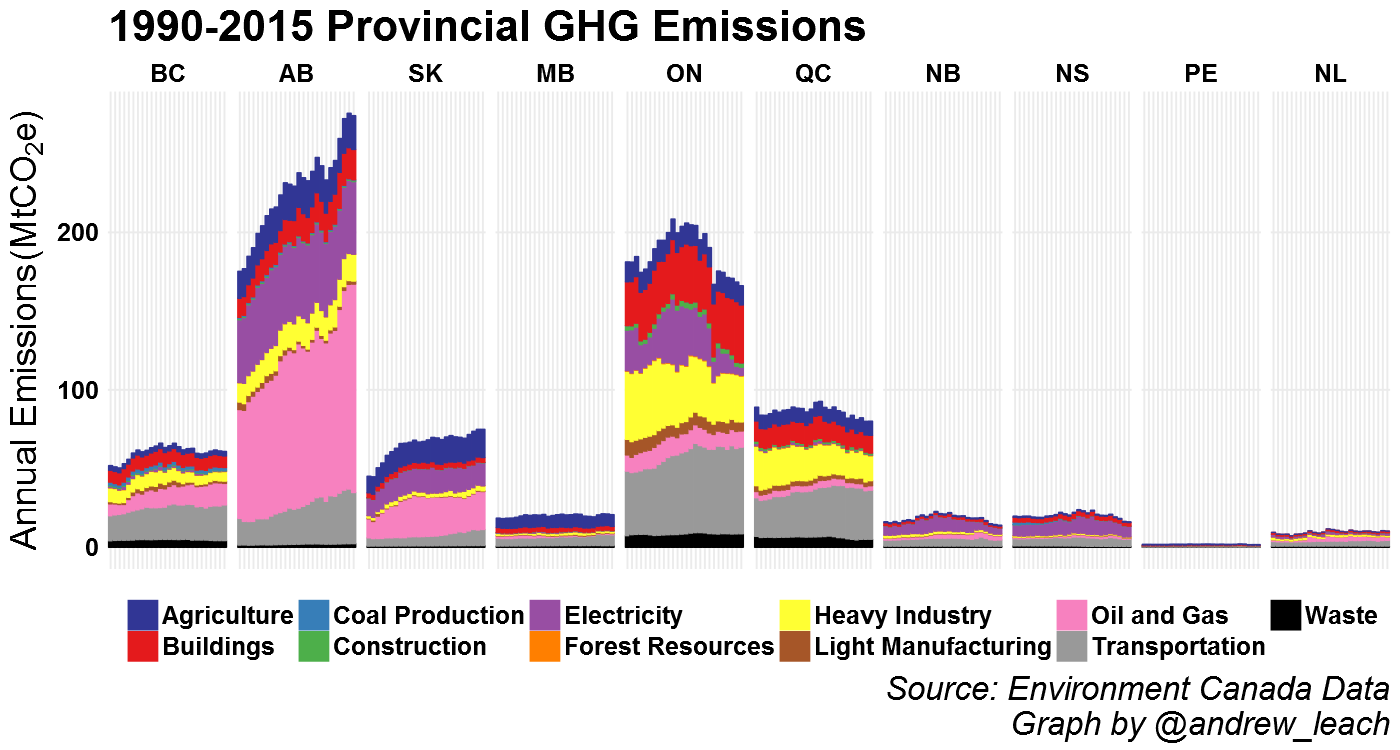 There are those who will argue that Alberta’s approach has failed because some in B.C. and elsewhere who were opposed to pipelines remain opposed to pipelines. For any policy issue, there will always exist staunch opposition. No one ever expected Alberta’s GHG policy to yield universal support for a pipeline; to hold that up as the benchmark for success is a straw man. If you look past the habitual protestors, it’s easy to see how the pipeline debate has changed, and mostly for the better.

On Friday, the Prime Minister spoke to a hostile audience in arguably one of the communities most opposed to pipelines in particular and oil sands in general which one could find in the country. Through the heckling, he stated that, “it is in the national interest to move forward with the Kinder Morgan pipeline, and we will be moving forward with the Kinder Morgan pipeline. If we don’t move forward in getting our resources over to markets overseas in safe and secure ways, the rest of the plan no longer holds…we won’t get the Oceans Protection Plan investments, we won’t get a national price on carbon and we would never meet our Paris targets [on reducing carbon emissions].”

Alberta’s carbon policy is integral to the national plan to meet our Paris targets. It has become the means through which the Prime Minister feels confident supporting the Kinder Morgan pipeline in B.C. Survey data show consistently that Canadians are much more supportive of pipelines which they are accompanied by strong emissions policy. In an alternative world, where Alberta had taken less stringent action on climate change, the province would have become an easy national target in the quest to reduce GHG emissions, and you would not see the Prime Minister supporting pipeline construction in B.C.

To imagine what the pipeline debate might look like today, we can examine another pipeline project proposed for the B.C. coast: Northern Gateway. That pipeline was approved by the Harper government in the teeth of national outrage over oil sands and greenhouse gas emissions. Protests against the pipeline were held across the country, and regularly attracted thousands of people. When the pipeline was approved, on June 17, 2014, there was no news conference and no media availability; it was announced via a press release from our government. To my knowledge, the Prime Minister never held a public event to face opposition in British Columbia, nor did his lead cabinet Ministers. James Moore, one of the stronger Ministers in Harper’s cabinet, was invisible on the Northern Gateway file. In fact, the courts found that the government had been so absent in B.C. after the National Energy Board approval, it had not even met its duty to consult with First Nations in advance of its approval of the pipeline. For all their bluster, it seems the Conservatives felt they could not mount a defence of the pipeline without significant political cost.

If you’re worried that the Premier of B.C. is now proposing new hurdles for the TransMountain Expansion, remember that the Northern Gateway proposal led B.C.’s then-Premier Christy Clark to propose five conditions for her support for new pipelines. One of those conditions was, much like today’s proposals from the BC government, a requirement for, “world-leading marine oil spill response, prevention and recovery systems for B.C.’s coastline and ocean to manage and mitigate the risks and costs of heavy oil pipelines.”

Contrast that with what we’ve seen from the Trudeau government on TransMountain. When the pipeline was approved by cabinet, the approval was announced at a news conference with the Prime Minister, the Ministers of Transport, Environment, Natural Resources and Justice. Why Justice? Because Jody Wilson-Raybould is the senior minister from Vancouver and she stood in support of the government’s decision. At the announcement, the Prime Minister pointed specifically to Alberta’s climate leadership plan, including the cap on oil sands emissions. Less than 3 weeks later, the Prime Minister was in Vancouver Harbour talking about the measures to be undertaken to make the pipeline and tanker traffic safer for British Columbia.

Without question, the jurisdiction over cross-border pipelines is federal. That said, the National Energy Board Act has, to my knowledge, never been used to force the construction of a major infrastructure project over the objections of a provincial government. That may well change in the case of TransMountain. One thing we can be sure of, however, is that it will never be used to build major infrastructure over the objections of the federal government and—without stringent greenhouse gas policy in Alberta—that’s the obstacle we’d be facing today.

If anyone thinks that the support we are seeing from the Trudeau government today would have happened without Alberta’s leadership on climate change, they’ve yet to provide a credible scenario in which that would be the case. And when it comes to getting pipelines built, the Prime Minister is the most powerful person in the country. Without the support of cabinet, they will not get approved, let alone built. And the support from the Prime Minister and the cabinet exists for one reason: because of Alberta’s climate change policies. If you don’t believe me, just ask him.