Amid mass layoffs from COVID-19, three in 10 Canadians worry they can't pay their rent or mortgage on time 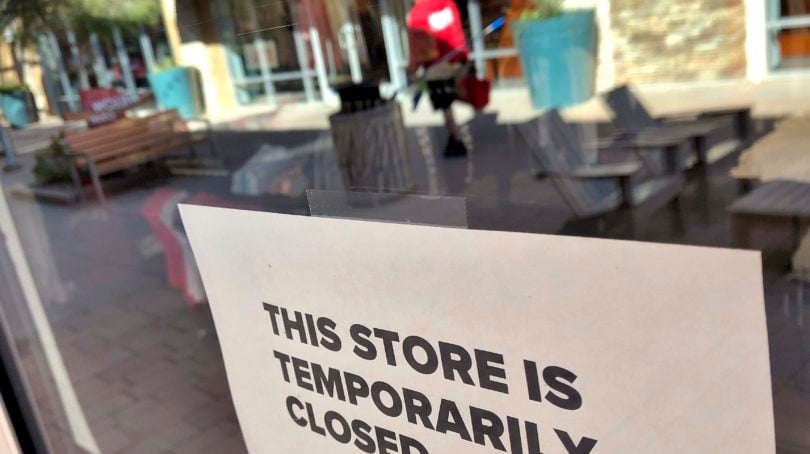 Nearly two-thirds of Canadian households have lost work or anticipate losing work as a result of the COVID-19 outbreak, while 30 per cent fear they may be late paying their rent or mortgage, according to a new survey by Angus Reid Institute.

In the new poll released Wednesday 44 per cent of Canadians told the firm that they or someone in their household has lost hours or been laid off completely because of the downturn, while another 18 per cent say they expect their jobs to be impacted soon.

The results come as the scale of the damage wrought by the shutdown has become inescapable. Across Canada employers have laid off hundreds of thousands of workers amid efforts to stop the spread of the virus. On Tuesday Global News reported that 929,000 Canadians filed new jobless claims last week, citing government sources.

The crisis is hitting younger workers and those closest to the financial edge particularly hard. Among 18 to 24 year olds, 45 per cent have lost hours or been laid off, compared to 30 per cent for those aged 25 to 34, and 22 per cent for workers 45 to 54 years old.

The hardest hit province is Alberta, where the collapse in oil prices has delivered a double whammy to the local economy. In Alberta half of all households have seen at least one person lose their job or have work hours cut back, compared to 42 per cent in B.C. and 44 per cent in Ontario.

“We are seeing the initial impacts of the economic shocks of the COVID-19 pandemic,” says Shachi Kurl, executive director at Angus Reid. “But what the data also reveal are the looming aftershocks.”

Kurl points to a sharp increase in anxiety about the ability to pay for good quality food, pay for the roof over their heads, or deal with financial surprises. Today one quarter of Canadians say they could not manage any unexpected expenses, up from 14 per cent in June 2018.

For those workers who have seen their hours cut or been sent home, only a minority are receiving any pay from their employers.

The survey, which was conducted online between March 20 to 23, also found that despite repeated promises by the Trudeau government that it will quickly help those hurt by the shutdown, more than half of Canadians who’ve applied for Ottawa’s expanded Employment Insurance program say they found the process difficult to navigate and have yet to receive any financial assistance.