An open letter to Jeffrey Simpson 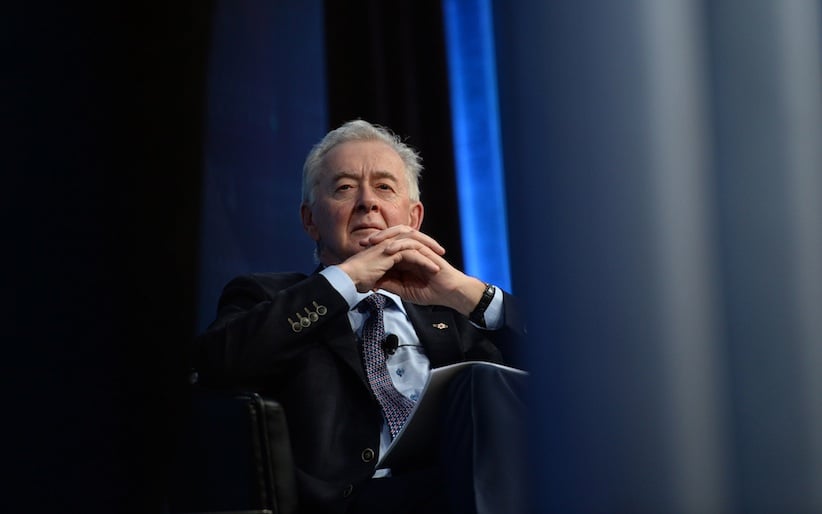 We’ve never met, but I’m a frequent reader of your columns. I don’t always agree with everything you write, but usually I find I learn something and have suggested them to students. But on Wednesday, you slammed the academic program where I research and teach, so I have a bone to pick.

You were making a case that moderate conservatives have been squeezed out by a new breed, fashioned from metal and hubris and lacking in heart. It was a thought-provoking argument and you had me nodding along in parts—that is, until you made the following claim:

“The Manning Institute, based in Calgary, and the distinctly conservative program to teach would-be politicos and staffers at Carleton University in Ottawa, are part of a successful institutional attempt to buttress this way of conservative thinking.”

I don’t know of any other program at Carleton teaching “would-be politicos and staffers,” so I have to presume you meant the master’s of political management (MPM). It was started in fall 2011 and I am one of the three faculty hired to teach full-time in the program.

I will preface what comes next by saying that I learned about and read your column after coming out of a nearly three-hour meeting to “map” (evaluation-speak for “organize”) the learning objectives of the program. This is part of an exercise required of all university degree programs by the Higher Education Quality Council of Ontario.

In that three-hour meeting, we did talk about outcomes like “internalizing ethical principles that extend beyond the codified rules governing political professionals,” “respecting the public service” and “gaining competence in policy analysis and processes.” If the real learning outcome was supposed to be “spreading the good word of the new conservatism” then 1) someone needs to get me that memo and 2) that plan is a colossal failure vis-a-vis what actually happens in the MPM classrooms.

Each year, we admit up to 25 students into the one-year intensive master’s program. We look for a mix of academic achievement and experience in politics. Students take eight courses, complete a 10-week internship and prepare a capstone project. I’ve posted my course outlines on my faculty page (down at the bottom, under my disclosure statement). I think my MPM colleagues and I are the only academics right now who can safely claim that we have former students working or volunteering for each of the four major party campaigns in this federal election-elongatus.

To be fair, Mr. Simpson, I know that other mainstream and social media reports on the MPM program have alleged or impugned that faculty members are mere marionettes of the grand puppeteer, Preston Manning. And I also know that a statement repeated often enough, especially in credible venues, gains a “truthiness” over time. But Mr. Simpson, I don’t think you trade in gossip, and I don’t think the print daily you write for won its venerable reputation over a 171-year history by just reprinting what others have written.

So, let me air a little laundry.

I have no idea if Preston Manning had any role in my hiring. He wasn’t on my hiring committee—they were all stone-faced, tenured professors. I met him for the first time four months after I was hired. In the roughly 50 minutes I’ve spent (in total) talking with him over four years, he seemed thoughtful and gentlemanly. I like that he said something constructive about climate change and carbon pricing, but otherwise I usually find myself disagreeing with his policy views. Decades ago, I was once handed a copy of his election platform to dissect and critique.

I think some of the previous media attention has raised valid questions about the donor agreement that launched the MPM program. Carleton later changed the text of that agreement as a result and, if the new language comes closer to reflecting how we actually run the program (academic independence and responsibility for all teaching and research), then so much the better. The Carleton administration let the story about the text of the donation agreement, and their refusal to publish it, become a bigger deal than the program itself. This makes a good case study: by obstructing an Access to Information request, you just feed a story.

But here we are four years later, and Mr. Simpson, you’ve used your column to say something unfair and unfounded about the place where I do my research and teaching.

So, I am issuing a public invitation to you, Mr. Simpson (or other interested journalists for that matter), to please join any of the political management seminars I’ll be leading in the fall term. I’m teaching the policy course on Tuesdays, from 11:35 a.m. to 2:25 p.m. We’re going spend week after week picking apart the platforms of all the main federal political parties in Canada. We’re going to compare the choices in policy priorities and instruments. We’re going to ask questions about feasibility, potential impact and efficiency. We’re going to use the Manifesto Project database compiled by European academics and the POLTEXT database from Université Laval to look at changes in federal platforms over time and study how party promises morph in government statements and action after an election. The students will all be preparing their own policy briefs to federal parties of their choice.

You would be a welcome guest, whether you want to come to observe, or lead a discussion, or participate in the seminar alongside the students. It would be a sincere honour to have you there.