By Pan Pylas and Kelvin Chan, The Associated Press October 7, 2016 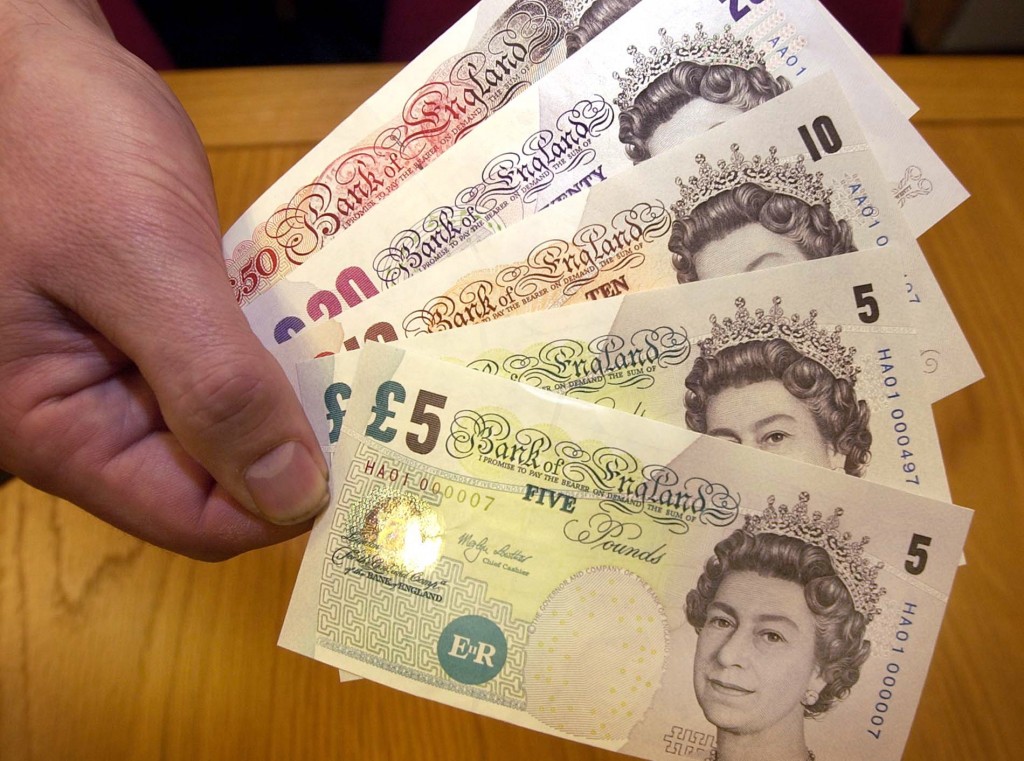 LONDON – As if it wasn’t shaky enough, the British pound endured one of its biggest falls ever on Friday – with some in the markets blaming trading robots or a fat-fingered typo for sending the currency down a precipitous 6 per cent in just a couple of minutes.

For one of the world’s major currencies, which is held as a reserve of value by countries around the world, that’s a huge move, matched only by its fall in the wake of dramatic events like the June vote to leave the European Union.

Early Friday during Asian hours, the pound tumbled from $1.2600 to as low as $1.1789 in the space of two minutes, according to financial data provider FactSet. It later recovered somewhat to trade at $1.2365, but still that’s a level the currency hasn’t seen since 1985.

The crash occurred during a “twilight period” in the markets – after the close in the U.S. and just as Asian traders were starting their day. That means the volume of trading was likely lower than usual, and that relatively smaller trades can have an outsize impact.

Various reasons have been cited for the drama involving what is one of the world’s oldest currencies. Some say a trader made a “fat finger” mistake typing in a market order. Others say it could have been an automated trading algorithm that makes decisions based on news websites or social media, or comments by France’s president, Francois Hollande, who said Britain should pay for its decision to leave the EU.

Or some sort of combination of them all. The Bank of England is investigating.

“Investigations are underway but a single reason may never be identified for last night’s ‘flash crash’,” said Mike van Dulken, Head of Research at Accendo Markets.

Whatever occurred, the move has triggered reminders of the “flash crash” the Dow Jones index in New York suffered on May 6, 2010 when it dropped 1,000 or so points in a matter of minutes. Several potential causes have been cited for that crash. One involves a British financial trader operating from his parent’s home in west London – Navinder Singh Sarao, the so-called “Hound of Hounslow,” who is still fighting extradition charges to face trial in the United States for fraud and manipulating the market. Sarao denies any wrongdoing.

The difference with that Dow descent is that the pound is already in the doldrums, posting a series of new 31-year lows against the dollar this week as traders fret over the uncertainty surrounding Brexit. Though the British economy has held up better than expected in the immediate aftermath of the “leave” vote, there are great longer-term uncertainties surrounding the British economy.

The main worry in the currency markets centres on what a clean British break from the EU, which is looking like the preferred option of new Prime Minister Theresa May, would look like.

May this week said she would invoke by the end of March the so-called Article 50 of the EU treaty, the mechanism by which two years of talks on Britain’s exit officially commence. She also appeared to signal that her government would prioritize controls on immigration over access to the European single market, an approach informally called a “hard Brexit.”

The impact of leaving the single market could be felt far and wide in Britain. London’s pre-eminent financial services companies would lose automatic access to operate in the other EU countries. And foreign firms like carmaker Nissan could halt investments or even abandon their British bases in favour of new ones within the European single market.

History shows that British governments have often changed tack due to sharp movements in the currency markets. In 1992, the British pound suffered similarly dramatic losses as it crashed out of a fixed exchange-rate system that was then operating in Europe. The government then abandoned the so-called Exchange Rate Mechanism and ploughed a new economic path.

Britain has a floating currency now, so the impact on the country isn’t as acute – a drop in the pound helps some parts of the economy, like exporters. But if the pound falls much further, say toward a 1-to-1 value with the euro or the dollar, then the pressure may turn more acute on the government.

Friday’s temporary crash has probably added to worries over the currency and that could prompt further selling in the days and weeks ahead, regardless of what the underlying British economic data suggests.

“Sentiment can influence direction for some time before the fundamental backdrop exerts itself and this ‘flash crash’ leaves sentiment in the driving seat for pushing the pound lower still over the short-term,” said Derek Halpenny, European head of global markets at Mitsubishi UFJ Financial Group.