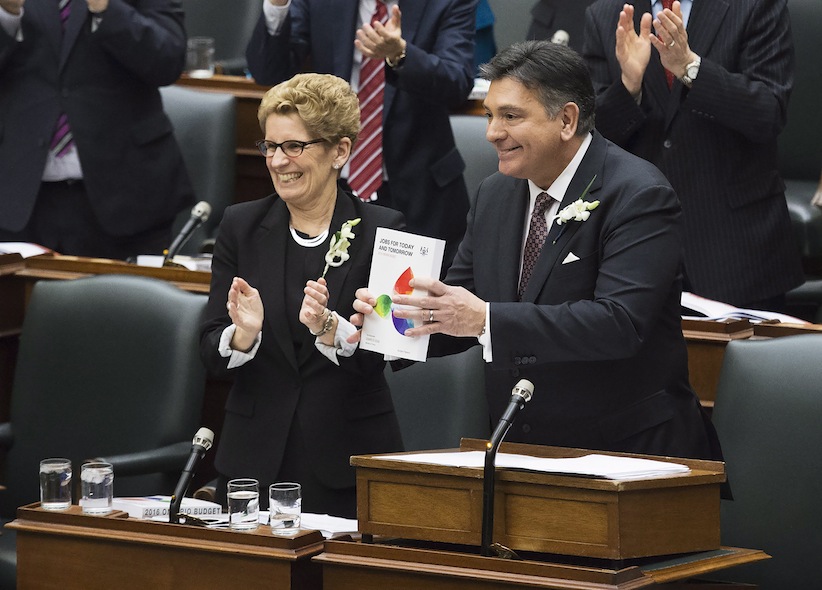 TORONTO — Ontario’s government spending watchdog says there is “significant risk” the Liberals will not be able to eliminate a $4.3 billion deficit next year as promised.

In his fall economic statement two weeks ago, Finance Minister Charles Sousa said he would dip into a reserve fund to ensure a balanced budget in 2017-18.

But the Financial Accountability Office says the Liberals are relying on “optimistic assumptions for revenue growth and program spending restraint.”

The FAO says the government has a variety of tools that it could use to “temporarily improve” the budget to balance in 2017-18.

But it warns maintaining a balanced budget beyond next year “will likely require additional measures to raise revenues or reduce expenses,” which would mean new or increased taxes and cutting government programs.

It says the Liberal’s forecast for both personal income tax and corporate tax revenue is “significantly higher” than its projection, and questions how the government will pay for new promises it made this session.

The FAO expected government spending would increase $1.8 billion annually to fund the Liberals’ promises in September’s throne speech to discount eight per cent of the HST on hydro bills and create 100,000 child care spaces.

But Sousa’s fall economic statement reported program expense only $0.4 billion higher in 2018-19 compared to the 2016 budget, “suggesting that these new initiatives may be partially funded though reallocations from existing programs or the contingency funds,” concluded the FAO’s report.

“Government officials indicated that since the policy details for the child care expansion are still being developed, the final cost of the program has not been fully incorporated into the fiscal plan.”