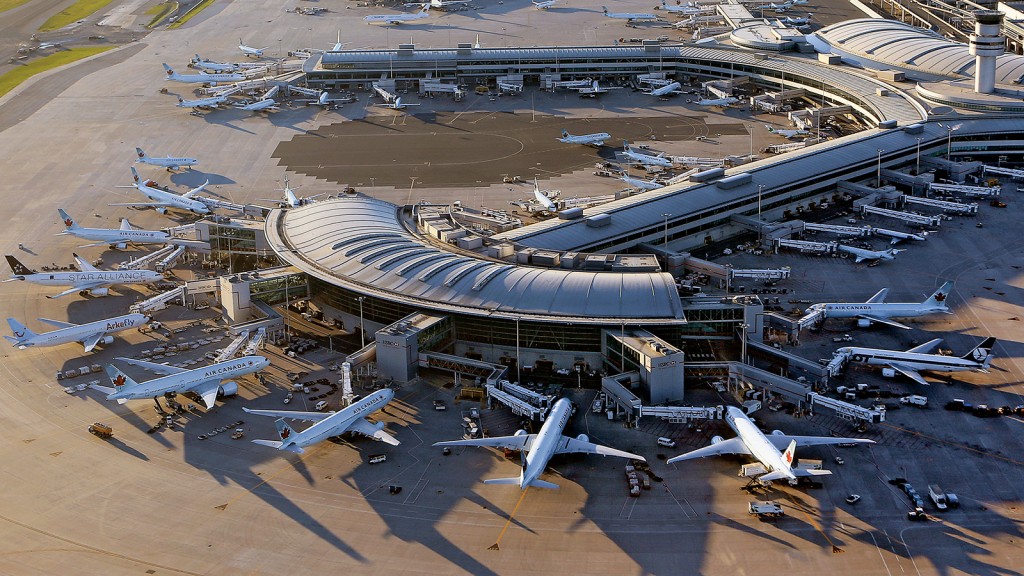 Scores of passengers saw their plans disrupted Friday when about 100 flights at Toronto Pearson International Airport were cancelled and many others delayed as a result of an apparent protest by workers facing job losses when a refuelling contract changes hands later this year.

A union spokesman says 30 of 47 workers scheduled for the Friday morning shift called in sick, while others refused to work overtime. Just 17 of 56 workers showed up in the afternoon with one shift remaining to provide fuel for the rest of the day’s flights.

“Basically these guys are all going to lose their jobs Oct. 1 and so I think frustration is the key phrase,” said Bill Trbovich of the International Association of Machinists and Aerospace Workers.

“It’s one of those cases of they took matters into their own hands. We sure as hell don’t condone this but the airlines are the ones that started this.”

A number of airlines are switching their refuelling business to Aircraft Service International Group (ASIG) in Toronto as of Oct. 1 and have already moved to Swissport in Montreal as of July 1.

Trbovich said employees of Consolidated Aviation Fueling Services will have to apply for the same type of job at ASIG at lower wages and with no pension. Workers currently earning between $18 and 23 per hour will start at minimum wage up to a high of $14.

The union said it has encouraged workers to return to work, but couldn’t say if the job action would continue Saturday.

“We put out bulletins saying this was unlawful and that you can have consequences if you persist in this,” Trbovich said, pointing to possible dismissal or jail time.

The Canada Industrial Relations Board is set to hear the union’s unfair labour practices complaint in early September.

The Greater Toronto Airport Authority said 95 flights were cancelled as of the late afternoon, accounting for about 11.2 per cent of the 842 daily departures. Other flights were delayed.

Some arrivals were also affected, including two Air Canada flights from Trudeau International Airport even though an airport spokeswoman said there was no job action in Montreal.

Pearson spokeswoman Shabeen Hanifa said passengers should check their flight status online, but wouldn’t say how many airlines were affected.

The cancellations and delays primarily affected Air Canada, which uses Pearson as its main international hub. Air Transat said none of its flights have been affected. About a dozen WestJet (TSX:WJA) flights were cancelled and a few delayed.

Air Canada spokesman Peter Fitzpatrick said the dispute is between the airlines’ current refuelling company and its Toronto workers.

“Delays and cancellations can be expected as a result and passengers should check on the status of their flight before getting to the airport,” he said in an email.

Fitzpatrick said a fuel consortium, managed by the FSM Management Group for the airlines, notified Consolidated’s parent last fall that it would not renew the agreement that was set to expire March 31. They extended the agreement until the work is taken over by the new fuel providers.

WestJet spokesman Robert Palmer said the shortage of fuel workers means it is taking longer to have its aircraft refuelled.