A legal victory for Conrad Black 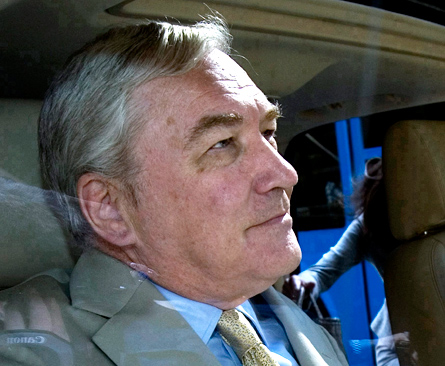 Conrad Black has not had much luck with the legal system. He was found guilty of fraud and obstruction of justice in 2007 and lost his efforts to appeal last year. But even as he serves his six-year sentence in a U.S. prison, he hasn’t let up. In fact, things may finally be turning, ever-so-slightly, in his favour. Last week, an Ontario court ruled that his libel suit against his nemesis Richard Breeden—the author of Hollinger International’s scathing, 500-page investigation into Black—and nine other executives and board members can continue in this province.

On the surface, the ruling comes as something of a surprise. Once convicted of a felony, as Black has been, it’s very rare for a  person to successfully sue for libel. The defendants in this case also argued that Ontario was not the right venue for the suit, since Black is no longer Canadian, the defendants are mainly Americans and Hollinger International—the company Black was accused of looting in the Breeden Report—was based in New York. But there are some distinctions in this case, outlined in the strongly-worded ruling, which raise the curious possibility that Black, even from the confines of his Florida cell, could yet win a potentially important moral victory against his accusers.

The now infamous line from the Breeden Report was that Black ran a “corporate kleptocracy.” In excruciating detail, the report outlined how Hollinger was “victimized” by Black and a few other executives. It was the basis for much of the criminal case against Black. But in his decision, Ontario Superior Court Justice Edward Belobaba, noted that Black was not convicted of many of the allegations in that report, including the accusations that he presided over a “corporate kleptocracy,” took more than $500 million from the company or engaged in tax evasion, among other things. “These statements arguably go far beyond the criminal convictions that were returned following the jury trial in Chicago,” he wrote in the 23-page ruling.

“The message in this judgement is that the mere fact that you were convicted of something doesn’t give everybody else a license to smear you from A to Z,” says Roger McConchie, who heads the McConchie Law Corporation and is a top expert on Canadian libel action. “It’s pretty obvious this judge was very unhappy with that kind of argument being made by the defendants.” The ruling also underscores the fact that making defamatory statements in the United States against a Canadian (or someone who has a reputation in Canada), and putting them on the Internet (like in company press release, as was the case here) doesn’t insulate someone from the possibility of being sued in Ontario, adds McConchie.

That the suit can proceed in Ontario is a huge boost for Black. The defendants, which include former Hollinger directors like Henry Kissinger and James Thompson, argued that New York or Illinois would be a more appropriate location. That’s because in Canada the defendants need to prove that the statements they made were true, or fair comment based on the facts, whereas in the U.S., the burden falls on the  plaintiff. What’s more, Black would be considered a ‘public figure’ in the U.S. and thus would have to show “actual malice,” which means proving that Breeden had knowledge that the information was false and that he acted “with reckless disregard,” explains Peter Henning, a law professor at Wayne State University who has followed Black’s legal case. In the U.S., Breeden could argue that what he said was true, and even if it wasn’t that he didn’t have actual knowledge that it was false. “Taken together, these make it virtually impossible to win a libel case in the U.S. against Breeden,” says Henning.

There is nothing out of the ordinary with the law in this ruling, but Black would almost certainly be setting at least one precedent by appearing in an Ontario libel suit via video-link from a foreign prison, says McConchie. But even if Black were to win a libel suit here, being awarded damages might be difficult. While Black’s conviction can’t stop him from going ahead with a libel suit, it can play a role when it comes time for a judge or jury to award damages. That’s why most people with significant criminal records don’t usually sue for libel, says McConchie. It is likely that the defendants would argue that Black should be awarded next to nothing based on his tarnished reputation stemming from the U.S. trial and all that’s been said of him, adds McConchie.

Money, however, is probably not the biggest concern for Black at this point. Even without a financial reward attached, a successful libel action would be a big step towards his oft-stated goal of redemption and repairing his shattered reputation.