In light of rival Microsoft's new and ultra-modern OS, Apple may be forced to confront dated software design 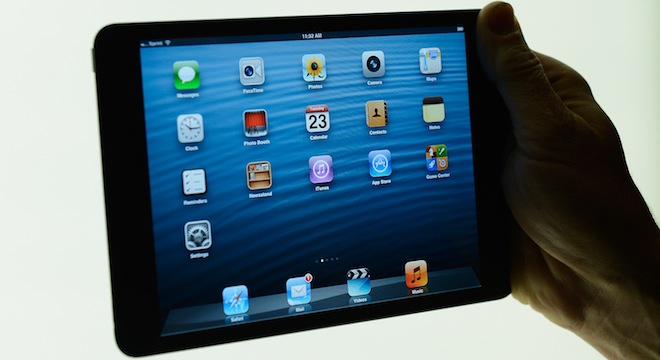 One of the more interesting revelations to come out of Apple’s management shuffle this week, which saw iOS software head Scott Forstall turfed because of the Maps fiasco, is the apparent war on skeuomorphism inside One Infinite Loop. For those who aren’t design-minded, a skeuomorph is a product design element that hints at something which previously served a functional role (like spokes on a car’s hub caps).

Forstall was a big proponent of using these sorts of ornamental—some say “tacky”— flourishes in Apple’s software: the green velvet background of the games application, the leather binding on iCal or the wooden bookshelf in Newsstand.  The late Steve Jobs also favoured the approach, believing it helped put a soft edge on the sometimes cold world of technology. In fact, Jobs instructed Apple’s software designers to use a linen-like texture in the iPhone’s notifications menu, which is swiped down like a roman blind.

Yet, despite selling millions of iPhone and iPads, many within Apple are concerned the company’s software is beginning to look gaudy and dated, particularly now that rival Microsoft has come out with a clean, ultra-modern looking OS with Windows Phone 8.  That includes hardware design guru Jonathan Ive, who favours simple, minimalist designs that perfectly marry function and aesthetics. With Forstall gone, Ive will now play a bigger role in overseeing Apple’s software design. There’s little doubt what the result will be.

Totally abandoning Apple’s quirky software may not be a wise strategy, however. Under Jobs, Apple won over many consumers because its products were not only beautiful, but imbued with a sense of whimsy. The computers spoke with goofy voices. E-book pages peeled away pleasingly when you flipped them. Notes are typed on a yellow legal pad. Sure, it can be hokey at times. But when done well, it made using Apple’s sleek products feel that much more special. It may not be high design, but it’s the same reason luxury car-makers opt for faux wood trim and analog clocks on their increasingly digital dashboards: customers love it. And they’re the ones Apple needs to keep happy in an increasingly competitive smartphone market.