A 'secret' club for ultra-frequent flyers?

The hidden perks afforded to a select group of airline travelers 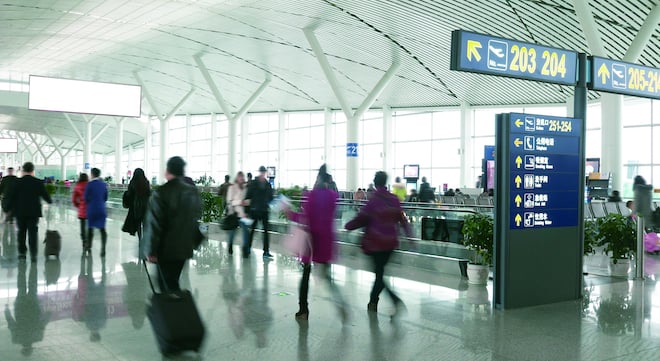 Airlines have long rewarded loyal customers—particularly business travelers who spend thousands on their seats—with a variety of upgrade perks and other special treatment. For the most part, the key to joining this exclusive group is to belong to an airline’s frequent flyer program and rack up enough annual miles to qualify for the desired status level. Air Canada’s Altitude program, for example, offers priority check-in and airport lounge passes to flyers who accumulate anywhere from 25,000 qualifying miles or 25 flight segments within a year. Meanwhile, the airline’s Super Elite travelers, with more than 100,000 miles, get priority security clearance and generous upgrade opportunities, among other perks.

But at many global airlines there’s a whole other level of frequent flyer exclusivity—one that’s largely unadvertised and can’t be attained simply by amassing the requisite number of miles. These are secret, invitation-only programs that, according to a recent article in the Wall Street Journal (subscription required), employ a dedicated staff to track members’ itineraries and try to address problems before they occur. That can include anything from re-booking a cancelled or delayed flight without being asked (while possibly bumping an unsuspecting lesser passenger in the process) to sending someone to the dry cleaners to pick up a suit. The newspaper was recently given a rare inside look at United Airline’s version of a such a program, called Global Services. The story recounts a mother and daughter who were whisked between connecting flights at Chicago’s O’Hare airport in a Mercedes. No need to even set foot in the terminal.

How to become part of such an exclusive club is the subject of much online discussion. Some believe it’s based on total number of miles flown. Others say it has more to do with how many of those miles are in business class. Still others claim all that matters is how much money passengers spend on their tickets. The airlines, which acknowledge the existence of the programs, but offer few details, seem to enjoy cultivating an air of mystery around the whole subject—perhaps because it entices other frequent flyer members to keep striving to achieve a more exalted status.

It’s not clear whether Air Canada’s frequent flyer program has any truly secret tiers. Air Canada spokesperson Peter Fitzpatrick says it doesn’t, but points out that Super Elite members do have access to Air Canada’s Concierge program, which handles “airport related matters” and special requests like hotel and restaurant reservations. However, such services are also available to any Air Canada flyer with a business class ticket.

There is, however, another unadvertised Air Canada frequent flyer program that created a stir when it was first rolled out a few years ago. A few posters in online forums spotted passengers holding unfamiliar black VIP cards with white lettering, and special luggage tags affixed to their carry-ons. Speculation about a Global Services-like program in the works at Air Canada spread like wildfire on Flyertalk.com. “How do I qualify? How do I requalify?” demanded one poster. “How come I haven’t been invited?”

Fitzpatrick says the hubbub was probably related to a “discretionary” VIP program that grants certain key customers priority status even if they would not normally qualify. For example, Fitzpatrick says the program might target the CEO of a company that books a lot of corporate travel on the airline. “The CEO may not actually fly that much,” Fitzpatrick said in an email. “However, as the ultimate decision-maker on corporate travel, they are still important customers because they have final say on which airline their company uses. At Air Canada, the VIP program is designed to give such people the benefits of a Super Elite.”

It’s not exactly a mythical level of frequent flyer status. But it’s still a great perk if you’re important enough to get it.