A toast to Canadian history, freer trade and cheaper beer

What the Fathers of Confederation thought, said and did 150 years ago still matters—as it should. Let’s drink to that. 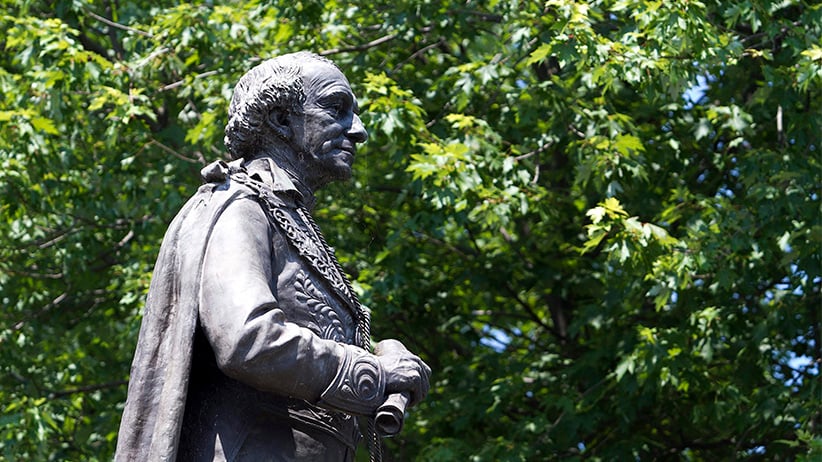 The price of beer is a topic of reliable interest across Canada. The Fathers of Confederation? Mmm, not so much. Last week, however, a provincial court case brought these two disparate topics together in a way that promises tremendous benefits for all Canadians. The ruling reveals quite clearly how—despite the hostility, ignorance and apathy shown to them lately—this country’s major historical figures still have much to say that is significant to Canada in 2016.

Especially when it comes to beer.

In 2012, Gérald Comeau of Tracadie, N.B. crossed over to Pointe-à-la-Croix, Que. and bought 16 cases of beer and three bottles of liquor from a convenience store at substantial savings from the prices charged back home at the monopolistic New Brunswick liquor board. Returning to New Brunswick, however, Comeau was stopped by the RCMP, his booze was seized and he was handed a $292 fine for buying alcohol out of province. The Canadian Constitution Foundation subsequently took up his cause. This past Friday, Judge Ronald LeBlanc of the New Brunswick Provincial Court tossed out Comeau’s fine and ruled the provincial law forbidding New Brunswickers from buying beer and liquor in Quebec to be unconstitutional.

LeBlanc’s ruling is obviously good news for anyone interested in saving money or sampling the wares of vintners, distillers and brewers from other provinces. The myriad ways in which the provinces frustrate the movement of alcohol, as well as other goods and services—everything from milk and eggs to oil sands pipelines—across internal borders is a grave embarrassment to us all. It’s often observed that Canadians enjoy freer trade with other countries than they do between provinces. Yet as significant as this ruling may be—given its implication for farm-marketing boards, it will likely find its way to the Supreme Court—how the judge came to his decision is equally worthy of attention. LeBlanc sought advice from the founders of Canada.

Canada’s Constitution, originally drafted between 1864 and 1867 by three dozen men now referred to as the Fathers of Confederation, sets out in section 121 that “all articles of the growth, produce or manufacture of any of the provinces shall . . . be admitted free into each of the other provinces.” The constitutionality of Comeau’s beer run turns on what’s meant by “admitted free.” Keen to protect their liquor-retailing monopolies and other protectionist policies, many provinces have argued over the past century that section 121 merely prohibits the imposition of tariffs and border guards at provincial boundaries; non-tariff barriers, including fines for cross-border booze shopping, are thus perfectly constitutional. LeBlanc ruled against this restrictive, if familiar, view of Canada’s economic union.

In coming to his decision, the judge went back to first principles. He took a close look at colonial Canada during the lead-up to Confederation, including the role of free trade with the United States during the 1850s, the impact of the U.S. Civil War and the aims of the Fathers of Confederation in pulling three British North American colonies together into one entity. LeBlanc studied speeches and various drafts of important documents to understand the sort of country they intended to create. “The strong and harmonious economic union envisaged by our Fathers of Confederation had to have been based on free trade, not on punishing internal non-tariff trade barriers,” he concluded. What the Fathers of Confederation thought, said and did 150 years ago still matters. As it should.

It has become depressingly commonplace for Canadians to either disparage or ignore our country’s historical ﬁgures. Recent opposition to installing statues commemorating Canada’s prime ministers in Kitchener-Waterloo, Ont., for example, or calls to remove an existing statue of British colonial figure Edward Cornwallis in Halifax, reveal a deliberate animosity toward our collective past. Such feelings are apparently motivated by an unspoken belief that modern Canada only sprang into existence with the passage of the Canada Health Act, or perhaps the Charter of Rights and Freedoms; anything previous is an embarrassment to our modern selves.

These efforts are expunging historical Canada are not only unfair, but demonstrably untrue, as the New Brunswick beer ruling demonstrates. The views of Canada’s historical figures still have the power to affect us today, despite whatever the status quo may say. The same might also be said about the Bank of Canada’s recent release of a list of 12 women under consideration for portraits on a new series of Canadian banknotes—we should welcome all efforts at understanding the people who created this country.

We should never forget our history, or ignore its wisdom. If that means freer trade and cheaper beer, so much the better.