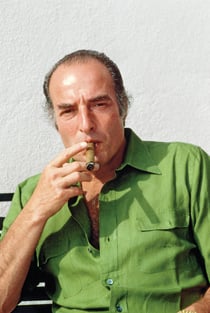 Considering they work for an aggressive, risk-taking corporation with a history that reads like a Cold War thriller, the top brass at Swiss commodities giant Glencore International PLC can be a surprisingly sensitive bunch. At least, that’s what Oliver Classen discovered. Classen works for an NGO, the Berne Declaration, that handed Glencore a satirical “Public Eye” award in 2008—an attempt to draw attention to what it argued was opaque disclosure surrounding Glencore’s Colombian coal mines. Classen says he was shocked when an “emotional” Ivan Glasenberg, Glencore’s notoriously private CEO, phoned him to complain. “He’s the type of guy who is on a mission,” Classen says. “He feels personally attacked when you criticize his activities.”

That may help explain why Glencore, which trades everything from oil to cotton, spent much of its history avoiding the limelight. With a past that has been frequently dubbed “murky” or “secretive,” Glencore has spent 37 of the last 38 years as a privately owned firm that prided itself on doing business in developing countries where few others dared to tread. Many trace the high-risk, high-reward approach to founder Marc Rich, who fled U.S. authorities in 1983 after he was charged with tax evasion and illegal dealings with Iran during the hostage crisis. He was later pardoned by U.S. President Bill Clinton as he was leaving office in 2001, with critics pointing out that Rich’s ex-wife Denise, a songwriter and socialite, had donated hundreds of thousands of dollars to the president’s library foundation and US$1 million to the Democratic party.

These days, though, Glencore has its sights set on a less controversial locale: the Canadian Prairies. Last week, it struck a $6.1-billion agreement to buy Regina-based grain-handler Viterra Inc. as part of a strategy to build the company’s agricultural footprint in North America. Unlike BHP Billiton’s failed attempt to buy Potash Corp. of Saskatchewan two years ago, this latest deal has so far drawn relatively little angst—in part because Glencore carefully structured the transaction to make it as politically palatable as possible.

Even so, some high-profile critics, like former finance minister Ralph Goodale, a Saskatchewan MP, are calling for a thorough review of the transaction since it involves a company that’s “virtually unknown in Saskatchewan” and is “not a stranger to controversy.” Though it’s not unusual for global resource companies to draw scrutiny over their operations in the developing world, several observers claim Glencore operates in a league of its own. “Glencore has a particular corporate mindset or DNA that stems from the Marc Rich era,” says Classen. In the book The King of Oil, author Daniel Ammann reveals that Rich supplied oil to apartheid South Africa and helped to set up a secret pipeline to pump oil from Iran to Israel. Rich was eventually charged by U.S. authorities in 1983 and fled to Switzerland, where he lived as a fugitive. He ultimately lost control of his company, then Marc Rich & Co., after trying to corner the zinc market in 1992, racking up US$172 million in losses. Glencore says the Rich years are ancient history, and that the company is now run just like any other. “We have strict standards and procedures in place based on our principles,” said Glasenberg in a statement. “Key to these are ensuring the safety and well-being of all our employees as well as minimizing the impact we have on the environment.”

But Glencore’s reputation for risky bets didn’t disappear along with Rich (who still lives in a mansion in Switzerland and has been spotted partying with the likes of supermodel Naomi Campbell in St. Tropez). The company does much of its business in hot spots like the Congo, Zambia and Iraq (Glencore was one of several companies accused of paying kickbacks to Iraq in 2005 during the United Nations’ Oil for Food program, but was never found guilty of wrongdoing), forging close political connections and scooping up key assets—mines, storage facilities and transportation infrastructure—in the process. Such prizes are a critical component of its business. Unlike traditional commodities traders, which buy and sell futures contracts, Glencore makes its money by purchasing raw materials from producers and delivering them to buyers, taking advantage of price differences across regions or periods of time. As part of this approach, Glencore is in the process of trying to merge with Swiss mining giant Xstrata (it already owns a 34 per cent stake), creating a global commodities powerhouse worth nearly US$80 billion.

Viterra is the latest piece of the puzzle. Glencore, which generated US$186 billion in sales last year, first became interested in Viterra last summer after learning that Ottawa planned to dismantle the Canadian Wheat Board. Wary of the political storm created when BHP tried to buy Potash Corp., Glencore relied heavily on its connections with Canadian operators while devising a strategy to scoop up Viterra. Calgary’s Agrium Inc. will buy most of Viterra’s retail agricultural products business while Winnipeg’s Richardson International will take 23 per cent of its grain handling business, leaving Glencore with 63 grain elevators and seven port terminals in Canada. Regina will become its new North American headquarters.

Glencore also went out of its way to promise to be a “strong corporate citizen” in Canada, perhaps anticipating a fresh round of scrutiny. The company was forced to fend off tough questions about its fugitive founder and operations in developing countries during its US$10-billion IPO in London last year. And not just from journalists and NGOs: the European Investment Bank said last year that it was withholding loans to Glencore pending an investigation into allegations that it failed to pay sufficient taxes to the Zambian government in relation to operations at its Mopani Copper Mines unit. Glencore has disputed the charges, which were contained in a preliminary report prepared for the Zambia Revenue Authority, arguing that the calculations were flawed. It said the report “contains fundamental factual errors,” and that the authors “did not take into account that almost half of Mopani’s copper output is third party ore processed in return for a small tolling fee.” Rainer Schlitt, a spokesperson for the EIB, says the investigation remains open, although he noted that neither Glencore nor Mopani has applied for any financing recently.

Adding to the PR headaches is a decision by the British Parliament’s international development committee to invite Glencore to testify next month alongside other resource companies about the issue of tax avoidance in the developing world, with a special focus on Zambia. (Glencore officials say the choice of Zambia as a case study is a coincidence, and that the company has invested hundreds of millions of dollars into the country over the years, building hospitals and schools.)

Craig Pirrong, a commodities expert and professor of finance at the University of Houston, says that while Glencore’s reputation may be tainted by its historical association with Rich, there’s no disputing the company’s hard-nosed approach to doing business. “They are more aggressive than others,” he says, adding that Glencore’s willingness to become deeply involved in commodity-producing countries, even those that are difficult to do business with, provides the firm’s traders with a wealth of intelligence about where prices might be headed, whether as the result of poor crop conditions or an impending strike by miners. “They can see what the cost structures are and what’s going on among producers upstream, and they have an eye to what’s going on in the transportation business,” Pirrong says. “They take that information and use it to make money.”

And now, like it or not, Canadian farmers are set to become part of Glencore’s colourful, money-making machine too.