That's why the Brits have a problem with Brussels 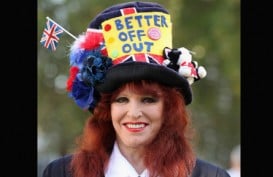 Even in the best of times, Britons’ feelings for the European Union were lukewarm at most. In the worst of times — and things are looking remarkably bleak on both side of the English Channel – the treaty-sanctioned ties that link Britain to Brussels, it seems, are beginning to feel like a straight jacket.

And as in many strained relationships, even the little things can set off a scene. That’s what just happened last week. The most recent outburst of British frustration at the ways of the Continent wasn’t about Greece’s fiscal profligacy or Germany’s inertia. It was about a piece of labour legislation in Brussels.

“New EU employment ruling could stifle British business” warned the Telegraph last week about a new proposal that would require businesses to measure employee happiness before and after a layoff. The rules, drafted by Spanish MEP Alejandro Cercas, would make it mandatory for workplaces across the Union to assess mental health after redundancy. The results of such tests would then be used to determine if an employer should provide retraining, interview coaching and general job-seeking counsel to former employees.

Never mind that the directive is still moving through the legislative process and may never see the light of day, British businesses are up in arms. The idea is “burdensome” and “ridiculous,” a rep for manufacturers’ organization EEF told the Telegraph. It is “the last thing the British economy needs,” Tory MP David Nuttall echoed on the Daily Mail.

It might all seem like a bit of an overreaction, but the collective uproar is a sign that the longstanding culture clash between the Island and the Continent is becoming harder to overlook with British unemployment stuck at eight per cent, says experts.  “It’s a good illustration of how, more and more, you’re finding these fundamental philosophical disagreements about how Europe conducts its employment and labour relations, and how we would like to do that now,” Selwyn Blyth, an employment lawyer at Pinsent Masons in London. “Europe does produce a lot of legislation every year that relates to employment, and some of it goes an awful lot further in British culture than we’ve gone before.”

In 2010, another EU proposal would have increased minimal maternity pay and benefits to about three times the U.K.’s minimum at the time, one of the lowest in Europe. The draft was later quashed by the Council of Ministers.

And in 2008, the Temporary and Agency Work Directive was drawn up to regulate the employment of temp workers largely in response to perceived widespread abuse of these employees in the U.K. In Britain, where temp workers make up a much larger share of the workforce than in the Continent, the directive heralded a huge changes, including raising the cost of hiring agency workers.

Once, those rulings would have elicited some “tsk-tsk” and become the butt of cubicle jokes. In a time of recession and Tory rule, though, they’ve become ammunition for a Euro sceptic front that’s only becoming more vocal.

“This happiness stuff,” says Blyth, “this is the sort of thing they seize on.”