And then there were two?

What Chrysler's departure would mean for the Canadian auto industry 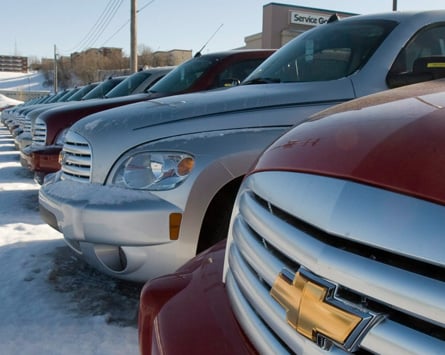 Chrysler’s threat this week to close its plants in Canada if it doesn’t win big union concessions is one of the most dramatic moves yet in the ongoing auto industry meltdown. In the words of one auto union official, it was like adding gasoline to a fire.

On the surface, LaSorda’s demands appeared to be the kind of posturing that’s expected in such critical negotiations. Chrysler’s fate, after all, is hanging in the balance. But industry analysts say the threat is very real—the company could shift Canadian production to plants in the U.S. in a matter of months. And while the auto industry would likely survive such a move, the impacts would be severe and cause painful disruptions right through the entire industry.Chrysler directly employs almost 10,000 people in Canada. When you add in parts suppliers, dealerships and distribution centres, the number could be as high as 40,000 people, says Tony Faria, an auto industry expert with the University of Windsor. A Chrysler pull-out would likely force some parts companies to close entirely, he adds. Since suppliers usually sell parts to more than one auto maker, it would throw a wrench into this highly integrated supply chain, sending other car makers scrambling to find parts, and possibly bringing production lines to a grinding halt.

The impact would be most painful in places like Windsor, where 4,000 people are employed at Chrysler’s minivan plant.  Those jobs could not be replaced. “Windsor would be devastated for a long period of time,” says Faria. It could “turn into another Flint,” he adds, referring to the hard-hit auto town north of Detroit. The same would be true in Brampton, where 3,000 people are employed at a Chrysler plant.

But in the long run, Chrysler’s departure might not be the worst thing to happen to an industry that has desperately been trying to downsize and rebuild market share. “Some would build the argument that it would help G.M. and Ford,” says industry analyst Dennis DesRosiers. Pulling out of Canada would be a public relations nightmare for Chrysler, obliterating its market share here, adds DesRosiers. He’s already heard from one dealer who’s had hundreds of orders canceled just based on Chrysler’s threats. Over time, “other car companies could pick up the slack left behind by Chrysler,” notes Faria.

Chrysler’s threat caught many in the industry by surprise. Not only would shutting operations in Canada be a drastic move, it would be a costly endeavour. Its Windsor plant, for instance, is highly rated, and was deemed a better mini-van plant than the one in St. Louis, MO, that Chrysler decided to close last year. The U.S. plant would have to be reopened if Chrysler moved out of Windsor. Shifting those production lines would also cost it time and millions of dollars.

But that won’t stop Chrysler from following through on its threats. “You can be highly critical of how they delivered the message,” says DesRosiers, “but the message is absolutely, 100 per cent real.”