Apple iPhone 8 and X: 10 things you need to know 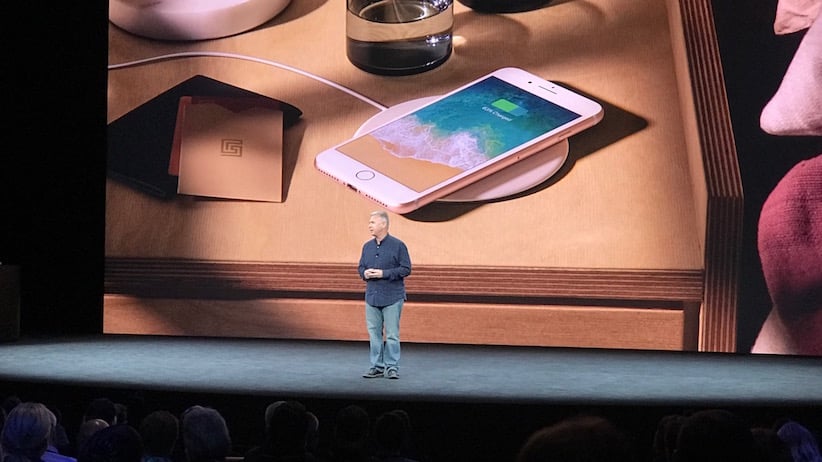 Apple unveiled the latest iterations of iPhone at their futuristic Apple Park campus in Cupertino, Calif., Tuesday morning. At the first event in the Steve Jobs Theater, the tech giant is hoping not one—but three—new devices will have consumers digging for their wallets to get their hands on a new smartphone.

Celebrating the 10th-anniversary of iPhone, here are 10 things you need to know about the newly announced devices:

1. Three new iPhones to choose from

Unveiled were iPhone 8 and 8 Plus—an upgrade from their iPhone 7 sibling on the market today. It features an all-new glass and aluminum design, single- and dual-lens cameras on the devices, respectively, and an A11 Bionic chip that runs 30 per cent faster than the previous A10 chip. Also announced was iPhone X—pronounced ‘ten’— featuring an all-glass design and an OLED Super Retina display.

2. There’s still no headphone jack, and they ditched the home button, too

Yes, the headphone jack is gone—likely for good—and while iPhone 8 preserves the button that seemingly does almost everything, iPhone X ditches the home button, too. It is replaced by swipe gestures to unlock, multitask, and a new side button allows you to activate the Siri voice assistant and Apple Pay.

3. Your face will unlock your phone

Through a new feature on iPhone X, FaceID will replace the biometric TouchID fingerprint reader. It uses a unique camera system to map a user’s face on the fly, and depth-sensing technology allows you to unlock your device, use Apple Pay, and gain access to secure apps.

4. The screen that changes everything

If you’re looking for an immersive experience, iPhone X is worth waiting for. The device features an all-new, edge-to-edge, 5.8-inch Super Retina OLED display. This means you’ll get truer blacks, vivid colours, and a wider gamut through high-definition resolution. The OLED display is a first-of-its-kind in an iPhone, and features a 2436×1125 resolution.

Apple is doubling down in wireless charging technology, through the all-glass backs on iPhone 8, iPhone 8 Plus, and iPhone X. Through third-party accessories that support the Qi charging standard and their own AirPower mat accessory, users will now be able to charge their iPhone, Apple Watch Series 3, and AirPods without plugging in individual cables—a challenge many users have been hoping for a solution to for a long time.

6. Augmented reality is in

Coupled with the new A11 Bionic chip and new cameras on iPhone 8 Plus, the company believes augmented reality technology is in. Cameras are designed to work with built-in gyroscopes and accelerometers to track motion, and with graphics supported at 60 frames per second, developers will be able to tailor apps to enable users to star gaze, read live player stats at baseball games, and more, right from an app on your phone.

All three devices feature improved cameras—12 megapixel rear cameras to be exact. iPhone 8 Plus and iPhone X feature a dual rear camera, and that brings new functionality like the Portrait Lighting mode that can digitally modify lighting to users’ specific preferences—all in real time.

8. Animojis to make you laugh

One of my faves—emojis have become part of our everyday vernacular, and Apple is bringing them alive by way of an ‘Animoji.’ An animated emoji that will use the front-facing camera to measure your face, animate your favourite emojis into life-like characters, and record a short clip for text messaging. This will no doubt be addictive to not just your everyday millennial, but grandparents alike.

It’s a steep price point, but no doubt many will be lining up overnight to be the first to get their hands on a device. In Canada, iPhone 8 and iPhone 8 Plus will be available in 64GB and 256GB capacities starting at $929, and iPhone X will retail for over $1,300. Wireless carriers will have individual pricing on contract.

If you’ve been waiting out for a new iPhone—this is a good time to upgrade. iPhone 7 users will see improvements through the free iOS upgrade.  Whether it’s iPhone 8 or iPhone X, you’re sure to see many improvements on both software and hardware fronts. iPhone X—a special-edition device in itself, celebrating 10 years of iPhone—will be a high-demand smartphone, but you’ll have to wait out until Nov. 3 to get your hands on one. You can pre-order iPhone 8 and iPhone 8 Plus on Sep. 15, in stores on Sep. 22.