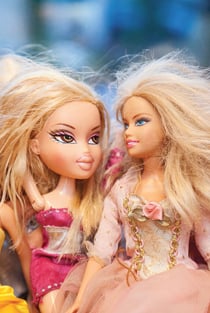 In the time it has taken toy-maker rivals Mattel and MGA Entertainment to engage in an epic legal battle, much of their original audience of preteen girls has grown too old to play with the dolls that have kept the companies in court for nearly a decade.

The eight-year legal drama involving Mattel and MGA over rival dolls Barbie and Bratz has featured the kind of allegations of espionage, thievery and deception that seem more at home in a Cold War spy novel than a toy shop. But it may finally be nearing its conclusion. Late last month, Mattel filed notice in a U.S. court of appeal that it plans to drop its claim that Bratz infringed on its copyright, although it asked the court to reverse a US$310-million judgment against it from last April, when a jury found that Mattel employees had used fake business cards to sneak into MGA’s showrooms at toy fairs and steal trade secrets.

With their Angelina Jolie lips, bedroom eyes and killer wardrobes, Bratz dolls have shaken up the toy industry, capturing about 35 per cent of the fashion doll market since their debut in 2001. Barbie’s share, meanwhile, has fallen from a virtual monopoly to just over half. But there are signs of hope for the 50-year-old buxom blond. Mattel reported Barbie sales rose six per cent in the fourth quarter of 2011.

Perhaps with their legal battle nearing an end, both toy makers can get out of the courtroom and back to the business of child’s play.