Baseball club for sale. Only $1 billion.

No one seems to want the Cubs. Could it be that hex? 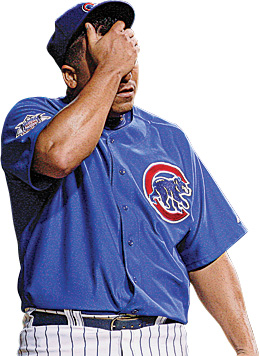 For sale: one baseball club, barely used. One hundred years without a World Series. Forbes values team at $642 million. Must sell! No reasonable offer refused.

Chicago billionaire Sam Zell has been trying to unload the Chicago Cubs since last year, and although it hasn’t quite come to running classified ads, other options are vanishing. Zell inherited the storied team when he took over Chicago Tribune publisher Tribune Co. in 2007 for US$8.2 billion. He planned to quickly sell the team, along with Wrigley Field and part of a local cable channel, and use the funds to help pay down some of Tribune’s staggering US$11.8-billion debt. Zell hoped to get US$1 billion for the club, while retaining a five per cent stake, and several bidders seemed ready to play ball.

Then came the financial crisis, and suddenly pricey vanity projects like professional sports teams went out of style. The deadline for the deal had to be pushed back to the first week of December. And Standard and Poor’s has just downgraded Tribune’s debt rating, making it even more desperate for quick cash. S&P has also estimated that the club’s final price tag could be far less than $1 billion, raising the possibility Tribune might default on its debt.

Making matters worse, one of the prime potential buyers of the team just got slapped with charges by the U.S. Securities and Exchange Commission. Mark Cuban, the Internet entrepreneur and owner of the Dallas Mavericks basketball team, was accused of insider trading over his 2004 sale of shares in Mamma.com, a tiny Canadian Internet search engine company. Many observers believe the charges will knock Cuban out of the running to buy the Cubs.

The team’s century-long World Series drought is sometimes blamed on the “Curse of the Billy Goat,” a jinx put on the team in 1945 when a tavern owner and his goat were ejected from Wrigley Field because of the animal’s foul smell. The way things are going, it seems like Zell’s efforts to sell the Boys in Blue are equally hexed.