Got into multiple MBA programs? Here's how to pick the best school for you.

Be transparent with your suitors. Then check your notes, your bank account and your gut. 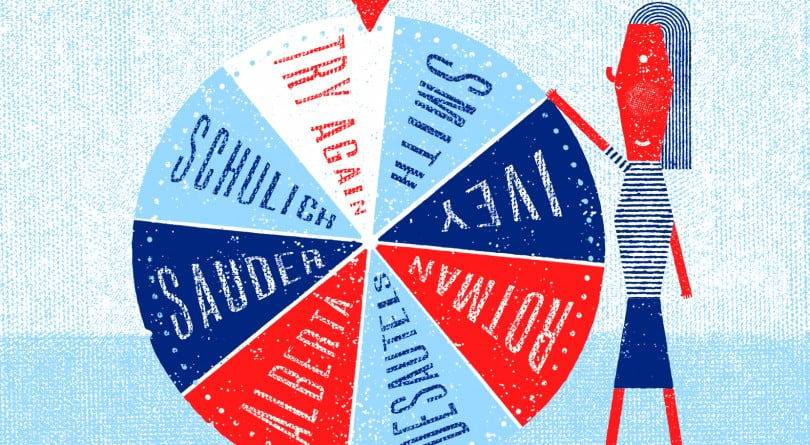 The time you spent preparing your MBA application has finally paid off—you have multiple offers in hand. But now you need to decide which school is the right one. We asked past applicants and admissions officers for advice on how to make your decision.

Weigh the pros and cons

You’ve spent months researching MBA programs—it’s important to revisit your research. Melissa Judd, assistant dean of students at York University’s Schulich School of Business, says prospective students need to tap into the analytical side of their brains and use a list of pros and cons to help make their decision.

“By the time you’re getting an offer, you should already have a good idea of which school is first, second and third,” says Rodrigo Porto, director of recruitment and admissions at the University of British Columbia’s Sauder School of Business. He recommends having your pros and cons list done before submitting your application. “This is not a decision matrix that you want to leave for when you get an offer because some of those deadlines for accepting or declining may vary.”

RELATED: How to ace your MBA submissions

That’s what Baila Abramson did when she was applying to MBA programs. She tracked a number of important factors she was evaluating for each program. “I had a spreadsheet that said: this is the school, this is the cost, this is the amount of time, these are companies the school has a relationship with, and where do I want to go next?” she says. “I really evaluated the cost of it and how long it took to take those programs.” Abramson, who has an undergraduate degree in business, chose the one-year accelerated program at Queen’s University’s Smith School of Business, which she’ll begin in January 2019.

What are you looking to get out of an MBA?

When you have an offer in hand, it’s important to review your goals for attending an MBA program in the first place, says Leigh Gauthier, assistant director of recruitment and admissions at the University of Toronto’s Rotman School of Management. She suggests applicants ask themselves: “Which school will best help me achieve my goals?”

Three years ago, Jonathan Vandersluis was faced with that question as he was applying to MBA programs. The former engineer was looking to make a career change to consulting and knew that location and the ability to network would be key factors in his decision-­making. “I wasn’t looking super broadly when I applied to different schools,” he says. “I wanted to make sure I built my network where I wanted to work.” Vandersluis narrowed his schools down to U of T’s Rotman and York’s Schulich after concluding that he didn’t want to live in Kingston, Ont., and attend Queen’s. He was accepted to both Rotman and Schulich but ended up choosing U of T’s full-time MBA program. “The things that helped me decide Rotman was a better choice for me largely came down to the size of the class—the quality of my network, my ability to get opportunities within different industries,” the now senior manager of strategy and business architecture at RBC says.

Sauder’s Porto says prospective students should ask themselves: “Is this program in a city [where] I want to start building a network and where I see myself living at least two or three years after the program?”

Does the school fit?

Admissions officials say you should take the time to assess whether that school and program is a good fit for you. “There are lots of fantastic business schools out there, but each one has a different culture,” says Matthew Reesor, director of the full-time MBA program at the Smith School of Business.

Prospective students can assess an MBA program by looking at the school’s community. Keum-Yeo Brochet, associate director of recruitment and marketing at McGill’s Desautels Faculty of Management, recommends candidates visit a school’s campus and speak with current students. “It’s really important to not only look at the rankings and reputation of the school, but also the kind of experience it’s going to provide,” she says. “I think [a school] really has to have the full package. Like a relationship, you wouldn’t look at it only from one angle. You would look at different angles and whether you see yourself there and if you feel comfortable.”

In 2016, when Vanessa Churchill was researching MBA programs, she looked at whether an online or in-class program was better for her learning style, and whether she would study full-time or part-time. She was enjoying her job at the time and didn’t want to quit or go on a leave of absence, which narrowed her decision to part-time programs. She enrolled in the part-time morning MBA program at U of T’s Rotman School of Management because it was important for her to go to class in real life rather than virtually. “I just know based on my own personal experiences that it would be very hard to be a self-directed learner in my MBA, which is what I think most virtual programs require,” she says. “I really enjoy the class engagement and the ability to participate in a real, live conversation.”

How much is it going to cost?

How you’re going to finance your MBA studies is an important factor when considering an admissions offer. “Try to look at the financial implications and see what the overall tuition is going to be and what type of financial support they’ve been able to offer,” says Chris Lynch, senior director of recruitment, admissions and marketing at the Alberta School of Business. “Map out what the overall investment is going to be—not only in terms of cost but also in time away from work and what impact that might have if you’re planning to study full-time.” Lynch says candidates shouldn’t be afraid to clarify financial aid or let schools know the position they’re in. “Who knows, maybe they’ll be able to offer you more funding,” he adds.

RELATED: How to succeed in your MBA interview

When Vandersluis was weighing offers from Rotman and Schulich, his decision was made even more challenging because the latter offered him more money. He went back to Rotman asking if they would match what Schulich was offering him, but U of T responded that they couldn’t change their offer. “[It] didn’t actually work for me, but maybe it’ll work better for other people,” he says. In the end, Vandersluis chose Rotman despite the additional cost of about $60,000 to $65,000. “At this point, it’s a lot of money, but in the grand scheme of my career, if I get additional opportunities I would never be able to get going to another school, that should pay itself back pretty easily,” says Vandersluis.

Desautels’s Brochet says picking an MBA program is a balance between financial incentive and whether the school is the right place for you. “It’s kind of finding the right compromise between ‘How much can I afford?’ and ‘What is it that I’m trying to achieve?’ ” she says.

Be transparent and ask questions

If you’ve been accepted to an MBA program but are still waiting to hear back from other schools, admissions committees recommend you ask for the status of your application. “It’s also helpful for applicants to have all the information available to them [before they make a decision],” says Alberta’s Lynch.

Applicants should be transparent about other schools’ acceptance offers and deadlines so admissions officials can work with candidates in getting the information they need to make a final decision. “We look at that very strongly because it shows they’re taking the process seriously and they’re a strong decision-maker,” says J.D. Clarke, executive director of master’s programs, recruitment and admissions at Western University’s Ivey Business School. He says he encourages students to inform them about other schools’ timelines during the interview stage so the admissions committee can work toward getting a decision to them in a timely manner.

Prospective students shouldn’t feel that asking additional questions after they’ve been accepted to a program will reflect poorly on them. “For me, actually, it would be unreasonable if you weren’t asking questions at that stage,” says Smith’s Reesor. “You’re about to make a really, really big decision, and you’re putting a lot of trust in the school that you’re ultimately going to commit to, and to do that, you need to make sure you feel comfortable.”

Do a gut check

Before you accept an offer, reflect on your interactions with the school during the admissions process—how did the school make you feel? Ivey’s Clarke says doing a gut check and asking yourself questions like ‘Did I feel supported?’ and ‘How was their approach in dealing with me?’ are important.

Based on Abramson’s interactions with business schools during her application process, she had a gut feeling that Smith’s accelerated MBA would be the right program for her. “One of the biggest reasons why I ended up choosing Smith is that the people I had conversations with were very approachable, but still had a leadership presence to them,” she says. Leadership style was as important to Abramson as the skills she would learn in the program, and her conversations with people from other business schools didn’t sit well with her. “It felt like almost an air of arrogance to them, and there was something that didn’t strike me the right way about the kind of personalities they were fostering in the program.”