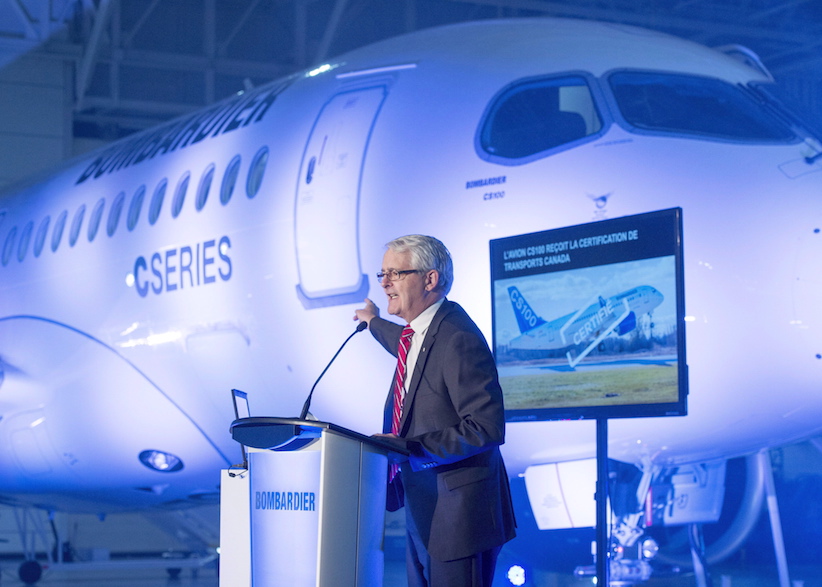 MONTREAL — Bombardier Inc. and the Quebec government have reached a definitive agreement for the province to invest US$1 billion towards the CSeries passenger jet program.

The two sides have been working out details of the agreement since the plan was originally announced in October.

The Montreal-based company (TSX:BBD.B) says it expects to receive the money in two instalments of US$500 million each, with the first to be received by Bombardier on June 30 and the second on Sept. 1.

Bombardier says a final deal will be reached when certain customary conditions are met.

Once the Quebec government’s investment is complete, it will own 49.5 per cent of a new limited partnership with all the assets, liabilities and obligations of the CSeries aircraft program.

The CSeries aircraft is two years behind schedule and has incurred about US$2 billion in cost overruns. The first planes are slated to enter into service with Swiss Airlines in July.