Pierre Beaudoin will remain head of the company's board of directors 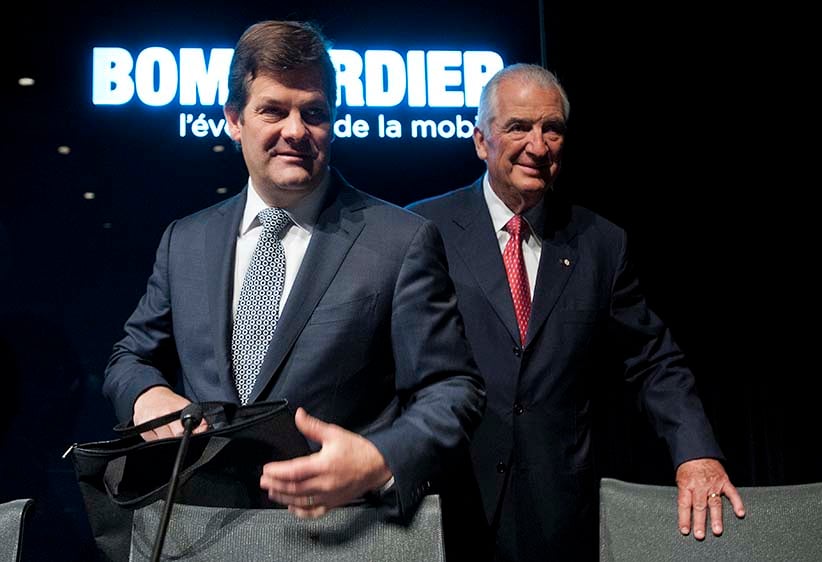 DORVAL, Que. – Bombardier says Pierre Beaudoin is planning to remain chairman of the company’s board of directors but relinquish his executive role as of June 30.

The company says it expects that change will be formally approved by Bombardier’s board of directors following today’s annual general meeting – which is expected to be the focus of public protests and shareholder displeasure.

Five of Canada’s largest pension fund managers, along with several large American institutional investors, have said they won’t support the re-election of Beaudoin, whose family controls the company through multiple-voting shares.

They will also oppose Bombardier’s executive compensation plan and some will withhold votes for several director nominees.

But Beaudoin said in a company statement early Thursday that he planned to continue working with the board as chairman.

He also said he supports the management team led by Alain Bellemare, who replaced him as president and CEO in early 2015.

“This change reflects the very successful transition of Bombardier’s executive leadership to Alain over the past two years,” Beaudoin said.

Bellemare said the company continues to “gain momentum as we execute our transformation plan and begin to unleash the full value of the Bombardier portfolio.”

Bombardier Inc. also revealed early Thursday that its first quarter revenue was down nine per cent from the same time last year, but its loss for the three month period has been reduced to US$31 million.

Bombardier’s original plan was to award Beaudoin and its top five executives compensation hikes of nearly 50 per cent. Beaudoin later renounced the increases while other executives postponed the compensation plan by a year until 2020 after the company faced an outpouring of anger that included protests outside the company’s Montreal headquarters.

That came after the company received assistance from the federal and Quebec governments totalling nearly US$2 billion over the past year.

The shareholders vote is only an advisory to Bombardier’s board. However, mounting opposition could pressure a reaction from the founding family which owns 13 per cent of outstanding shares but controls 53 per cent of votes.