The rise of Canada's 'mompreneurs' 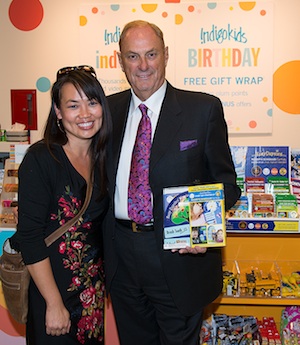 Shortly before Elaine Tan Comeau was set to appear on Dragon’s Den—the hit reality show, in which aspiring entrepreneurs vie for start-up financing from five moneyed “dragons”—her two-year-old daughter threw up in the elevator of CBC’s Toronto studio. Comeau, “mortified,” got down on her hands and knees to clean up the mess, telling her family that it “it could only get better from here.”

And better it got. With the $70,000 in capital she secured that day, Comeau transformed her kitchen-table venture into a full-force enterprise. Her Easy Daysies, magnetic schedules for children, now sell nation-wide. And Comeau—a former schoolteacher and cheery mother of three—is a newly-minted celebrity amongst Canada’s thriving “mompreneurs.”

According to a March 2012 BMO Bank of Montreal survey, 71 percent of Canadian women would like to start their own business. And while male business owners still outnumber their female counterparts, more women are taking the entrepreneurial plunge. According to Statistics Canada, 46 percent of small and medium-sized Canadian businesses are at least partly owned by women.

Laurel Douglas, CEO of B.C.’s Women’s Enterprise Centre, has seem more mothers “pursuing entrepreneurship as a career option.” For many of them, says Douglas, the principle motivation is not money, as it is for a traditional exec. Instead, mothers start small businesses “because it gives them more flexibility” to care for their children and households.

In the last few years, many such women have coalesced under a new descriptor: “mompreneur.” Maria Locker is the CEO of MOMpreneurs, an Ontario organization that provides networking opportunities for its 10,000 mom-members and publishes MOMpreneur magazine. (Comeau has been profiled in it.) The organization is based on the premise that a mom-entrepreneur will connect with another mompreneur “as a woman, as a mom.” That premise seems fragile—but Douglas too has noticed “a proliferation” of business organizations for moms.

Locker insists her clients are empowered by the title, since it creates space for entrepreneurs who might “sacrifice some of their business” to fulfil the traditional domestic duties of stay-at-home motherhood.

When Comeau started out, Easy Daysies was as kitchen-table as you can get. That is literally where Comeau built her first prototype, with crafts supplies from Staples. Things have changed. Comeau says she grossed $100,000 last quarter. Easy Daysies are now produced off-shore, in China—and placed on the shelves of a number of toys and educational stores across Canada, as well as Chapters Indigo, by a third-party distributor. The product also retails in the U.S., including at 140 Bed Bath & Beyond stores. Comeau herself is not the rookie she used to be. She guest lectures and is writing a series of e-books. And she’s got an artillery of smooth-sounding biz-talk mottos (“If you’ve got a name for it, buy a domain for it!”)

But Comeau, who sounded tired after a late night of work, is adamant that she remains a “mompreneur.” “You are there for [your children] first. And if you happen to be successful in the business you do after hours, that’s amazing.”