What to expect from Canadian and U.S. employment numbers

Here's what to look for 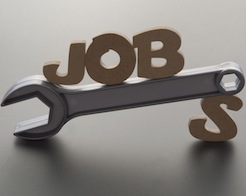 Both Canada and the U.S. will release October job reports Friday. Here’s what you should look for:

The Labour Department’s Employment Situation report will be by far the bigger news story even in Canada, as Americans digest the last major economic release before the Nov. 6 election. The September release turned out to be pleasant surprise to the Democrats: it showed the unemployment rate had dipped to 7.8 per cent, the lowest it’s been since President Obama took office in January 2009. But many—including, of course, the Republicans—argued that the positive headline number masked a still anemic employment growth. Last month, the U.S. economy added about 114,000 jobs, below the 150,000 level that is traditionally thought to be the minimum needed to keep up with population increases. Still, some economists—including, notably, Paul Krugman—have noted that the smaller employment numbers might be here to stay. With baby boomer retiring, the argument goes, the pool of Americans of  prime working age is shrinking (according to Stephen Gordon, the same holds true for Canada, read more here). The question then is: do pre-recession estimates of how many jobs it takes to absorb population growth still hold?

Going back to tomorrow’s release, on Wednesday, economists polled by Reuters were predicting that the economy will have added 125,000 jobs in October—up from September—but that the unemployment rate will have climbed a notch as well, up to 7.9 per cent. The latter number, of course, is the one that really counts in politics, so any uptick from September’s record low would be mildly bad news for the White House. (Several political analysts are arguing, sensibly, that most Americans will cast their vote based on their own perceptions of the country’s economic situation, rather than the latest statistical release. Still, in a close race, everything counts.)

A different jobs report released this morning, however, gave the Obama Administration reason to hope. ADP, a giant payrolls processing company, said that the economy added 158,000 jobs in October. That may foreshadow a better-than-expected number in tomorrow’s Bureau of Labour Statistic’s survey and led some analysts to revise their forecasts up. Several economists interviewed by Reuters, however, cautioned against giving too much weight to the ADP report, noting that the company’s October data are based on a new methodology whose predictive power vis-à-vis the BLS survey is still untested.

Canadian employment has been edging up for the last three months, with 17,565 jobs added in September. CIBC predicts a slight dip in both the headcount figure, with 15,000 jobs added, and the unemployment rate, down to 7.3 per cent from 7.4 the previous month.

The most telling detail will likely be construction employment: in September it was still rising despite clear signs that the residential real estate market is cooling. A sharp drop in housing prices, Capital Economics recently calculated, could shave off as many as 115,000 construction jobs in a sector that currently employs around 890,000 Canadians.