Canadian brands use anti-Trump sentiment to appeal to Americans 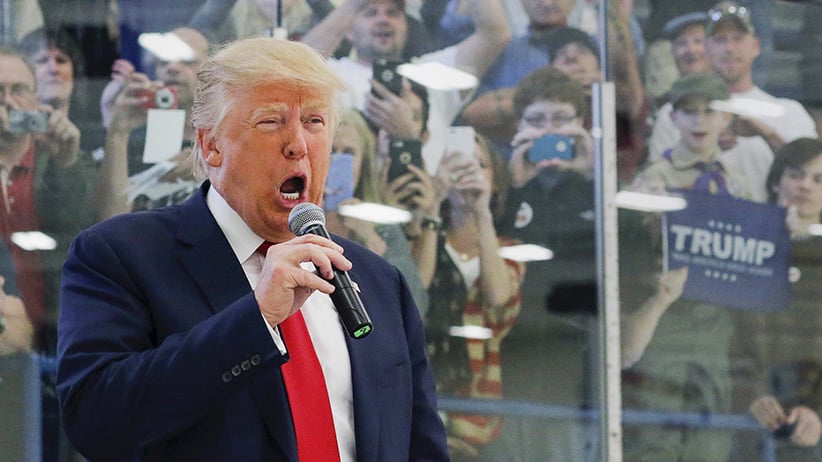 TORONTO — Canadian companies are cashing in on so-called anti-Trumpism in the United States, offering our neighbours to the south an escape plan should Donald Trump win the presidential election in November.

It’s a smart move, says one marketing and advertising expert who sees only benefits for firms trying to entice Americans north of the border because of the blowhard billionaire.

“It makes a lot of sense for marketers to use Donald Trump because he’s so out there,” said associate marketing professor Grant Packard.

“He has obvious humour appeal and cultural currency. Trump is such a bombastic personality.”

Packard, who teaches at the Lazaridis School of Business and Economics at Wilfrid Laurier University, explains that the presumptive Republican presidential nominee is so polarizing that he is seen as the antithesis of how Canadians view themselves.

For homegrown Canadian brands, the businessman is an obvious target when companies want to appeal to like-minded Americans living in the U.S.

“For brands that kind of play on Canada’s modest pride, and our socially minded altruism, Trump is the anti-brand to that,” he said.

Appealing to Americans appalled by Trump likely works best for brands like Roots and Molson Canadian (NYSE:TAP) — two companies rooted in Canadian nationalism and with the ability to be tongue and cheek with their marketing campaigns.

Other Canadian companies like Bombardier aren’t known for having a sense of humour and and should probably shy away from advertising with a political flavour because it could be seen as opportunistic, Packard said.

There are also risks to wading into the murky political choices of another country since they could alienate potential customers who, in this case, may be Trump supporters.

That was a serious consideration for Air Canada (TSX:AC) earlier this month when the airline launched a campaign in five large U.S. cities urging Americans to “test drive” Canada with a visit before moving here post-election should Trump succeed in his bid for the White House.

The ad, featuring a cheery flight attendant, acknowledges that many Americans are searching online about starting over in Canada.

But “before you sell your house and book a one-way ticket, maybe it makes sense to check us out first,” urges the flight attendant, who points out that Air Canada operates 240 flights between Canada and the U.S. each day.

Ad agency J. Walter Thompson Toronto headed the campaign. The agency’s Sarah Stringer said the intention was to capitalize on an event that happens every four years in the U.S. — the presidential election — without mentioning specific candidates or pushing for a certain outcome.

“We were quite careful not to make a political statement. That’s not our business,” she said.

Stringer said ultimately, Air Canada saw the campaign as an opportunity to increase their brand recognition in the U.S. as it battles fierce competition from its American rivals.

It wasn’t the first time a Canadian company entered the fray of the U.S. presidential race to lift their profile.

In March, a Nova Scotia DJ launched the website “Cape Breton If Trump Wins,” letting Americans know that residents of the East Coast island will welcome them with open arms.

A Kitchener, Ont., startup also launched a hiring campaign on Facebook and Instagram urging expats to come back to Canada if Trump becomes president. The ad, which features a grimacing Trump, asks: “Thinking of Moving to Canada? Sortable is Hiring.”

Even a new dating website got in on the anti-Trump sentiment by offering to pair Americans with Canadian singles.

MapleMatch.com has not officially launched but is currently operating a waitlist for those seeking love on both sides of the border.