Why 'idle cash' is a myth 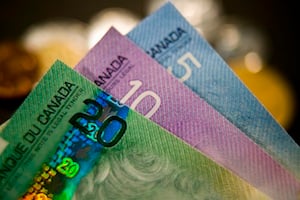 Pop quiz: Summarize the relationship between the following decisions:

If you answered “There is none,” you’re absolutely right: investment and financing decisions are completely separate questions. And you probably are as bemused as I am about the whole “too many firms are sitting on piles of cash instead of investing” meme. It makes as much sense as claiming that “too many firms are using Helvetica in their annual reports instead of investing.”

Mike Moffatt has a nice example explaining why changes in cash reserves are at best an uninformative measure for what’s happening to investment spending:

Take, for example, a company that takes out a loan for $5-million, uses $4-million for a plant expansion and holds the last million to insure against cost overruns and for future purchases of raw materials. This investment (with the associated loan) has, in fact, increased cash balances, not lowered them. Cash balances, by themselves, tell little about investment.

There are two interesting and important things to know about patterns in investment spending.

The first is the role fixed business investment has played — and is expected to play — in the recovery. Here is a graph the breaks down changes in GDP into its main components (clicking on the graphs opens a larger version in another window):

The sharp drop in investment spending was by far the most important factor in the decline in GDP during the recession. (Some may be surprised that net exports went up: the 20 per cent depreciation in the Canadian dollar did much to cushion the effects of the crisis. Something to think about the next time someone brings up the idea of a Canada-U.S. monetary union.)

There were two things policy could do to make up for this drop in investment spending. Governments could — and did — increase spending to make up for the shortfall in aggregate demand. And the Bank of Canada could — and did — cut interest rates as far as they could go, and promised to hold them there for at least a year. Happily, Canadian policy makers had better luck than most: investment spending started to rebound in the second half of 2009.

But not all components of investment spending rebounded at the same time:

Residential construction — which the national accounts classify as part of investment spending — rebounded first, but it stopped making significant contributions to the recovery in mid-2010. Since then — and especially after the governments started cutting back in  2011 — policy makers have relied on the handoff to business investment in non-residential construction and in machinery and equipment to sustain the recovery. And up until mid 2011, that’s what happened:

If you actually look at the investment data during the recovery, the immediate impression is not one of firms’ sitting on their hands and not investing. You might even be impressed that firms have re-established pre-recession levels of expenditure in a very shaky global economic environment.

To be sure, the pullback in machinery and equipment spending in the latter half of 2011 was not welcome news. It’s not hard to come up with a story for why it happened: concerns about Europe, the U.S. and even China made for an increasingly risky environment in which to make investment decisions.

So that’s the first point: much of the recent talk from Mark Carney and Jim Flaherty can be viewed as attempts to cajole firms into resuming the pace of investment that had been established earlier in the recovery. Again, this narrative has nothing to do with cash balances.

A second point is the longer-term concern that Canadian firms have a tradition of under-investment, and providing workers with higher-quality tools and equipment would go a long ways in addressing Canada’s chronic problem of low and sluggish productivity. I’ll have a lot to say about that in future posts — it’s an important subject — but again, it has nothing to do with cash balances.