CHART: The loonie falls off a cliff after Carney says he's leaving

It sure was good news for the British pound though

Witness the Canadian dollar dropping like a stone against the British pound at exactly 3:30 UTC (which stands for Coordinated Universal Time) or 10.30 ET, when Bank of Canada Governor announced he was leaving to head the Bank of England effective July 1, 2013: 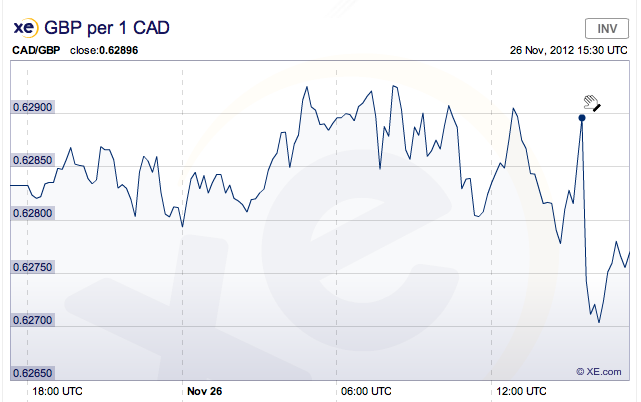