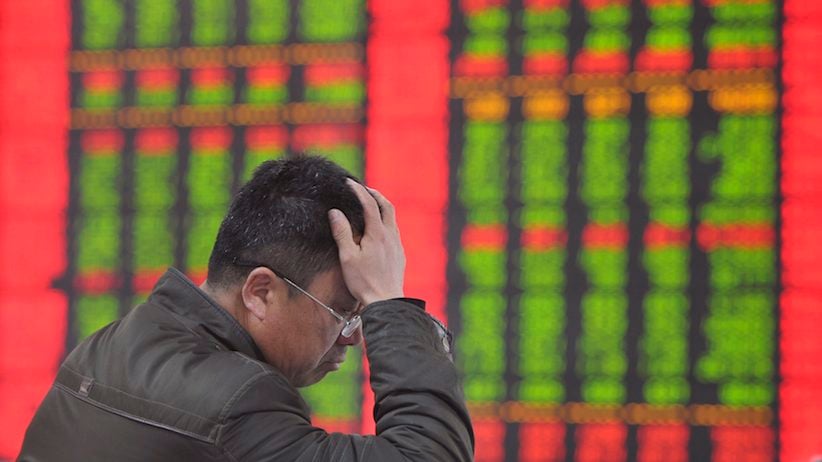 Chinese markets have lurched up and down as regulators gradually withdraw emergency measures imposed after the main stock index plunged in June following an explosive rise.

A similar price plunge Monday triggered a sell-off on Wall Street and other global markets.

On Thursday, trading was suspended after a market index, the CSI 300, nose-dived 7 per cent a half-hour after markets opened, triggering a “circuit breaker” that was introduced Jan. 1.

The “circuit breaker” requires a 15-minute pause in trading if the CSI 300 falls 5 per cent within 30 minutes. Trading halted only 13 minutes into the morning session Thursday. Stocks plunged further after trading resumed 15 minutes later, triggering the daylong trading freeze.

Also Thursday, a six-month ban on sales by shareholders who own more than 5 per cent of a company was due to expire. Regulators announced this week that to avoid fueling further volatility, such sales will be limited to private transactions.

The Shanghai benchmark more than doubled between late 2014 and its June 12 peak as millions of novice investors bought shares.

Chinese leaders had encouraged the public to buy in hopes of raising money to overhaul state industry. The market rout alienated small investors who were left holding shares worth less than they paid.

Authorities say shares bought by state companies will be transferred to China’s sovereign wealth fund to avoid depressing prices by selling them in the open market. The ban on new IPOs was lifted in November.