After three years of smaller cars, Americans just like to drive trucks

Since 2009, the Detroit auto show has been mostly about cars—the smaller, the better. After being caught flat-footed by the recession and a big spike in gasoline prices, the former Big Three—Ford, GM and Chrysler—were eager to show the U.S. government and taxpayers (which bailed out GM and Chrysler) that they knew how to build more than hulking pickup trucks and gas-guzzling SUVs. Hence, the spotlight was on small cars like the Chevrolet Cruze, Ford Focus and Dodge Dart, while the heavier pieces of metal were parked off to the side.

Not this year. All three automakers are turning their attention back to bigger vehicles—namely pick-up trucks. GM is showing off its new 2014 Chevrolet Sliverado 1500 and its sister model the GMC Sierra. Ford, meanwhile, has a burly Atlas pick-up concept that is believed to represent the future look of its best-selling F-150. 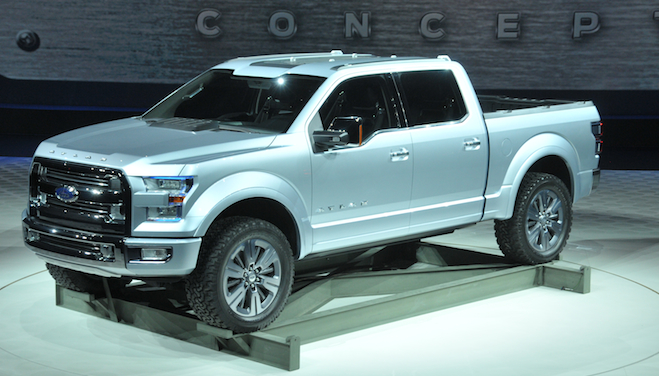 In part, the renewed focus on pick-ups reflects a need to refresh models that haven’t seen a major update in several years (although that didn’t stop the F-150 and Silverado from claiming the top two sales spots in the U.S. last year by a significant margin). It’s also timed to coincide with the rebound in the U.S. housing market, which is expected to draw contractors and other construction types back to showrooms. But mostly it reflects a reality of the U.S. auto business that was swept under rug for political reasons in 2009, but remains as important to the Detroit Three’s bottom lines as ever: Americans like to drive trucks.