The online shopping giant is paying more taxes these days, but the U.S. Postal Service is not being adequately compensated for doing Amazon’s heavy lifting 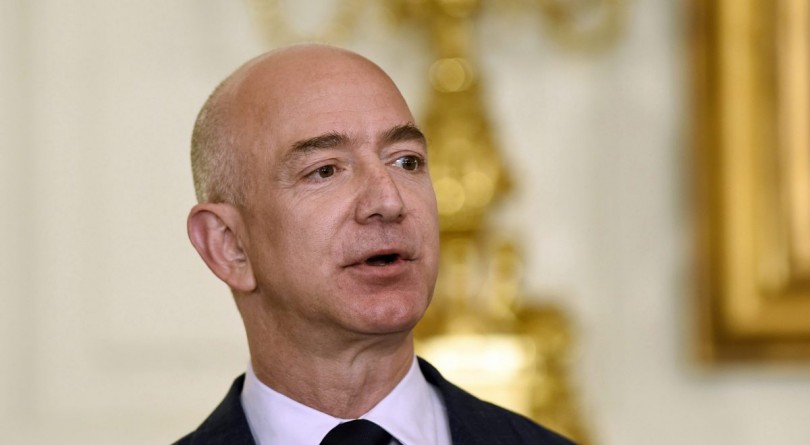 U.S. President Donald Trump sometimes gets it really wrong. Like trying to give his political neophyte son-in-law Jared Kushner a top security clearance at the White House. Sometimes he’s right. Other times he at least gets it partially right, like when he rails against Canada for running a trade surplus with the U.S. when his own country’s official trade stats say otherwise. With his latest attack on e-tailing giant Amazon and its CEO Jeff Bezos, he’s getting at least part of it right again.

For the past week, Trump has blasted Bezos and Amazon for paying “little or no taxes” to various levels of government and for using the U.S. postal system as its subsidized “Delivery Boy” to put retailers out of business.

I have stated my concerns with Amazon long before the Election. Unlike others, they pay little or no taxes to state & local governments, use our Postal System as their Delivery Boy (causing tremendous loss to the U.S.), and are putting many thousands of retailers out of business!

While we are on the subject, it is reported that the U.S. Post Office will lose $1.50 on average for each package it delivers for Amazon. That amounts to Billions of Dollars. The Failing N.Y. Times reports that “the size of the company’s lobbying staff has ballooned,” and that…

…does not include the Fake Washington Post, which is used as a “lobbyist” and should so REGISTER. If the P.O. “increased its parcel rates, Amazon’s shipping costs would rise by $2.6 Billion.” This Post Office scam must stop. Amazon must pay real costs (and taxes) now!

Some commentators suspect that this is personal for Trump, who is lashing out at Bezos to retaliate for the unfavourable coverage he has received on the Mueller investigation from The Washington Post, a trophy newspaper owned by Bezos. Trump has alleged the Amazon CEO has operated the Post as a lobbyist and that he takes an active role in the paper’s editorial direction, which includes attacking the Trump administration. Bezos’s defenders, meanwhile, contend that the U.S. postal service is in fact making a ton of money off Amazon and that the company is paying its share of taxes.

Fake news or real news? Let’s fact check Trump’s tweet, starting with whether or not Amazon pays its fair share of taxes. The fact is that Amazon routinely accepts indirect tax breaks in the form of economic incentives when it opens offices, warehouses and data centers across the U.S. From 2005 to 2014, the company received at least US$613 million in local government subsidies to build warehouses, and a further US$147 million in subsidies for its data centres, according to the non-profit Institute for Local Self-Reliance, a U.S. advocacy group that helps communities develop sustainable economic strategies.

READ: Donald Trump is a natural at looking guilty—but he’s had a little help

It may seem wrong for taxpayers to subsidize profitable corporations, but that’s the way of the world. The Ontario government has given the Big Three automakers hundreds of millions of dollars in economic incentives and tax breaks over the years in exchange for promises to expand production and create jobs in the province.

As for direct sales taxes paid to state and local governments, Amazon has been very skilful at avoiding these over the years. In fact it was a leading advocate for keeping online purchases tax-free. According to federal law, U.S. retailers do not have to charge a sales tax on purchases made in a state where they do not have a physical presence. This has created an unfair advantage for e-tailers, which Amazon exploited to the fullest. The loophole costs states about US$17.2-billion annually, according to the National Conference of State Legislatures.

Trump’s emails could also be an attempt to play to part of his base of lower income Middle Americans who have seen their local retailers hollowed out by the rise of online retail. Critics of Amazon have been vocal in the past that the jobs it creates are low-wage. It’s not clear the tax savings it has tapped have done anything to improve the lot of Amazon employees, who struggle in super-stressful environment that burns many out in about two years. The New York Times has famously called Amazon the worst place to work, a Death Star of e-tailing leaving in its wake thousands of unhappy workers, hollowed-out shopping malls and dying brick-and-mortar retailers which used to be the bedrock of their communities.

READ: Trump vs. Biden. How bro culture has entered politics in Washington

As Amazon’s distribution network has expanded, its tax savings have steadily eroded. Today Amazon collects sales tax from all 45 states that have one, so some of Trump’s allegations appear to be true only in the past. But because of its size, Amazon has the power to broker special side deals with state governments. For example in Alabama, where Amazon operates Whole Foods stores and a distribution centre, it pays a lower sales tax than other retailers, 8 per cent compared to 10 per cent. The lower rate also applies to purchases made from its online business. That could be construed as an unfair advantage.

Finally, is Amazon using the U.S. postal service as its delivery boy? Of course it is. About two-thirds of purchases made on Amazon in the U.S. are delivered by the country’s posties. And you could make the case the federal postal agency is not being adequately compensated for doing Amazon’s heavy lifting.

A loophole in the law gives bulk shippers of packages a subsidized break on rates. It all goes back to 2007, when the postal service was required to allocate 5.5 per cent of its fixed costs to package delivery, and set rates accordingly. Today packages account for 25 per cent of the U.S. postal service’s fixed costs, but the rates have not risen to keep pace.

This means first-class and regular mail are in effect subsidizing the cost of package delivery. It is not Amazon’s advantage alone, but since Amazon is the biggest bulk shipper in the U.S., it gets the biggest subsidy. A mistake compounded by the fact that first-class mail has been in sharp decline over the past decade, which has turned package delivery into a big money loser for the U.S. postal service.

READ: Donald Trump is losing his fight against Stormy Daniels

A recent analysis by Citigroup found that the U.S. postal service should be charging Amazon US$1.46 more per package than the US$2 actually charged. Some have described this shortfall as Amazon getting a subsidized space on every U.S. mail truck. By this calculation, Trump has a case.

But Amazon’s damage to the postal service does not end there. The agency is known to make negotiated service agreements, or NSAs, with big companies for its competitive services. Since Amazon is perhaps the postal service’s single biggest customer for package delivery, it may have negotiated an even sweeter deal than other bulk shippers by threatening to pull its business and giving it to a private courier like Purolator or FedEx.

Add to this the cost of technology and fleet upgrades to keep up with Amazon, including US$200 million spent to provide carriers with Internet-connected scanners for real-time package tracking.

Amazon CEO Bezos runs what is first and foremost a shipping business. That means he probably needs the post office for that last mile of delivery more than it needs him. But it’s apparent from the arrangement that the postal service might just be a really bad dealmaker. It should perhaps take a page from Trump’s The Art of the Deal, the book that launched the Twitter happy president into public life in the 1980s.

Alternatively, it could borrow a page from Deutsche Post, the successor to the German mail authority Deutsche Bundespost. Since its privatization about two decades ago, Deutsche Post has become a global delivery and logistics powerhouse, partly through strategic acquisitions like DHL Express, and it’s very profitable.