Encyclopedia of the oil crash: C is for carbon (putting a price on)

...and China, celebrity quotes, and costs. View this and more in our encyclopedia of the oil crash 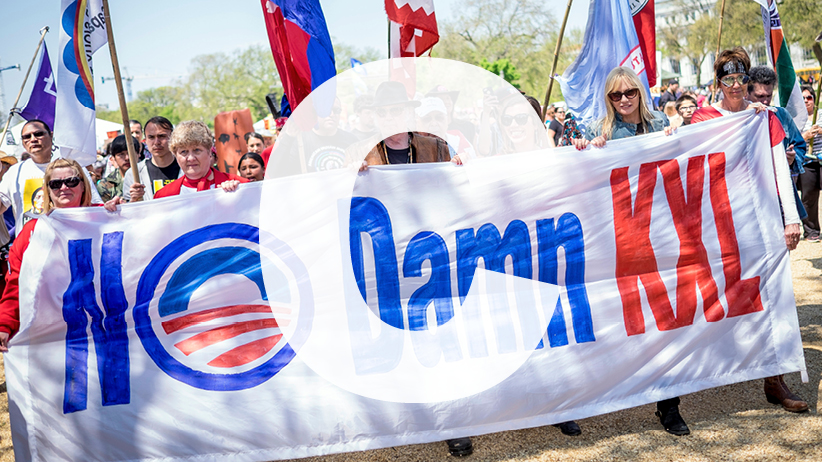 CARBON (PUTTING A PRICE ON)

In his year-end interviews, and in the final days of the fall sitting of the House of Commons, Prime Minister Stephen Harper said it would be crazy to impose additional costs on Canada’s oil and gas sector in a time of low prices if the U.S. was not enacting similar carbon emission policies. Most carbon policies (carbon taxes or cap-and-trade programs) that have been discussed for the oil sands would have added, perhaps, 50 cents per barrel to the average cost of production over the life of a project, so it’s unlikely this would make a substantial difference to the outlook for the oil sands, regardless of the market price.

Further, the oil industry is hardly restricted to North America; most of the oil companies operating in the oil sands are global. If a change in policy in Canada relieved some of the pressure on oil sands investments and offered hope of a resolution to the pipeline debate, it might be well-received. On the downside, a change in policy now would provide a convenient target for oil companies looking to place blame as they cancel projects. The Prime Minister understands what former Alberta premier Ed Stelmach learned the hard way in late 2007 when he proposed increasing the royalties that industry paid the government: If you are going to change regulations in the oil sands, make sure you don’t do it right before, or during, a price collapse. Andrew Leach, professor of energy policy at the University of Alberta 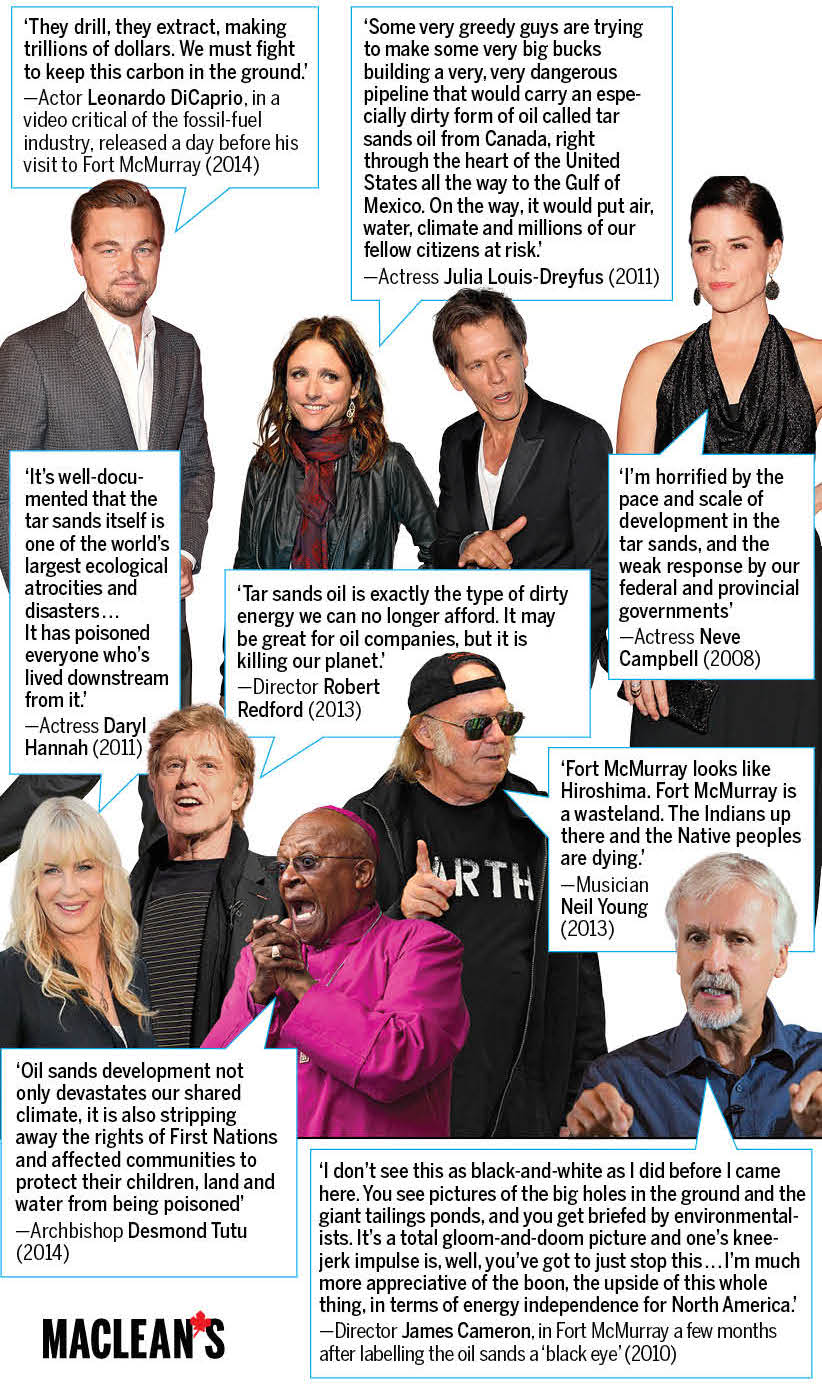 Oil prices soared alongside China’s industrial rise, though, as the chart shows, Canada’s relations with China over the oil sands have been rocky. With China’s growth rate coming full circle to where it was in the late 1990s, here are some highs and lows of the relationship. Patricia Treble

According to the Canadian Association of Petroleum Producers, expenses for oil sands operators have quadrupled since 2004. For an idea of how that’s happened, here are two examples: wheels and workers. Patricia Treble 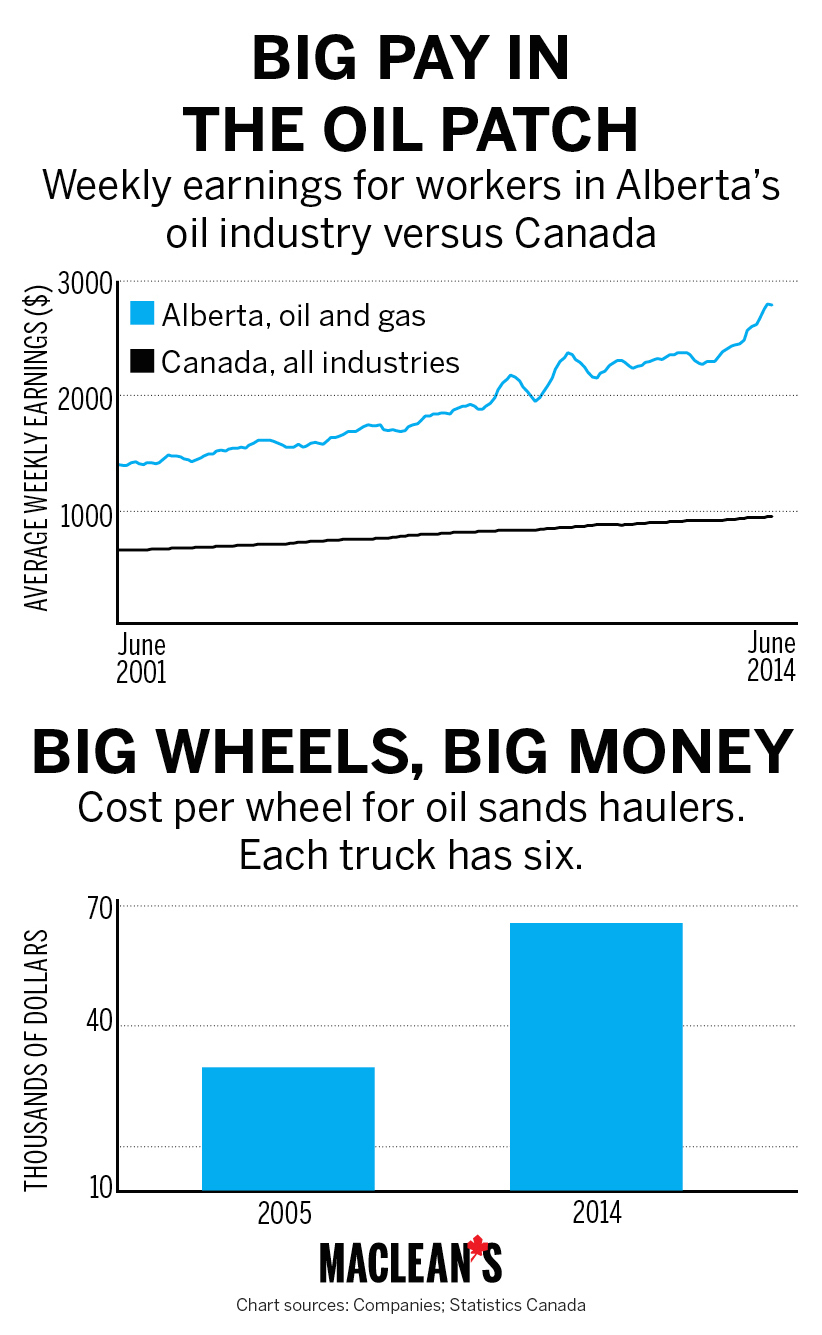 FILED UNDER: A to Z of the oil crash China oil prices