Encyclopedia of the oil crash: F is for Fort McMurray

...and First Nations, fracking, and fly in, fly out. View this and more in our encyclopedia of the oil crash 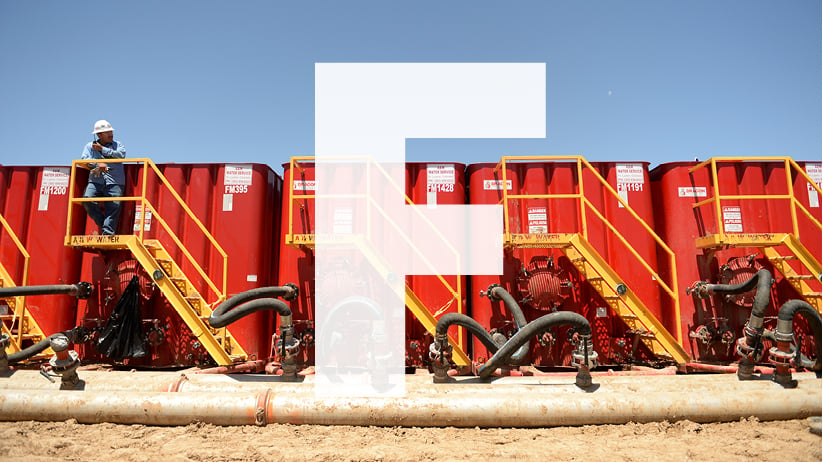 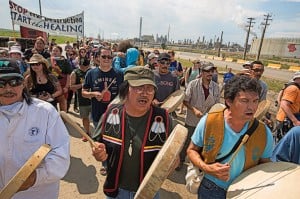 “I think the falling price of oil has brought a lot of people back to [doubting] the necessity for the [Northern Gateway pipeline] project itself. It gives people a really hard look at the global commodity market, the way it can be manipulated to make a project seem viable. Right now, if somebody said, ‘I’m going to put a pipeline from Alberta to the West Coast of British Columbia at $40 a barrel,’ people would be getting a straitjacket for them. But our guard is never going to go down, even at $40 a barrel, when the project seems ludicrous. Their media budgets are probably pretty minimal right now. I don’t even see very many things promoting the tar sands . . . on TV. You already see the layoffs, everything tightening up really quickly. It just gives me a sober second thought that any economic benefit we’d ever see from that pipeline would be wiped out in, what, three months? You’ve risked everything for nothing. There’s not even a lot of call for us to go out and protest, because they don’t have anything going on. They’re not meeting over here. We watch for every blip on the radar, and we have not seen any.” As told to Nick Taylor-Vaisey (Photo: Amber Bracken)

“We’re hunkering down. We’re cutting back where we can. No laying off staff yet, because, if we can make payroll, we’re still going to keep going. When it comes to drilling, our guys are holding off. We’re going to have to hold off on any major expenditures. This also will affect the royalties to the Nation. The Nation’s been building 50 homes a year. They’re going to have to revisit that, because they won’t have the revenue to keep that pace. We have about 300 wells. If they need a service rig to come on to change pumps, we’re not doing that. We have a service company. Their pressure trucks aren’t moving. There’s nothing moving, because nobody is servicing their wells. When the oil hits $20, nothing works then. Any lower, it’ll mean shutdown, it’ll mean laying off. That’s just the way it is. We were looking at revenues anywhere from $20 million to $40 million a year when prices were good, and we were at 3,000 barrels a day. We’re down to 2,000 barrels a day right now.” As told to Nick Taylor-Vaisey

FLY IN, FLY OUT

As the main hub linking the oil sands to the outside world, Fort McMurray’s airport saw 1.3 million people, many of them workers from across Canada, pass through its gates in 2014. We asked a few  what the drop in oil prices and industry cutbacks meant to them.

Since 2004, Melissa Blake has served as the mayor of the Regional Municipality of Wood Buffalo, home to Fort McMurray. Since then, the region’s population has increased by more than 75 per cent. She spoke with Martin Patriquin about what falling oil prices mean to the community.

Q: Fort McMurray is a resource town and, as such, is subject to the boom-and- bust aspect of oil’s price. As mayor, what can you do to moderate this cycle to make things easier for the people of Fort McMurray?

A: We have the same aspirations as other communities to diversify our economy beyond our most dominant industry. The historical shortage of developable land and incredible demand has raised land values in all sectors and, sadly, made it very expensive to try to develop new businesses. On the other hand, this extraordinary resource gives us the opportunity to create new infrastructure that will enable such diversification more easily in the future, when circumstances change. 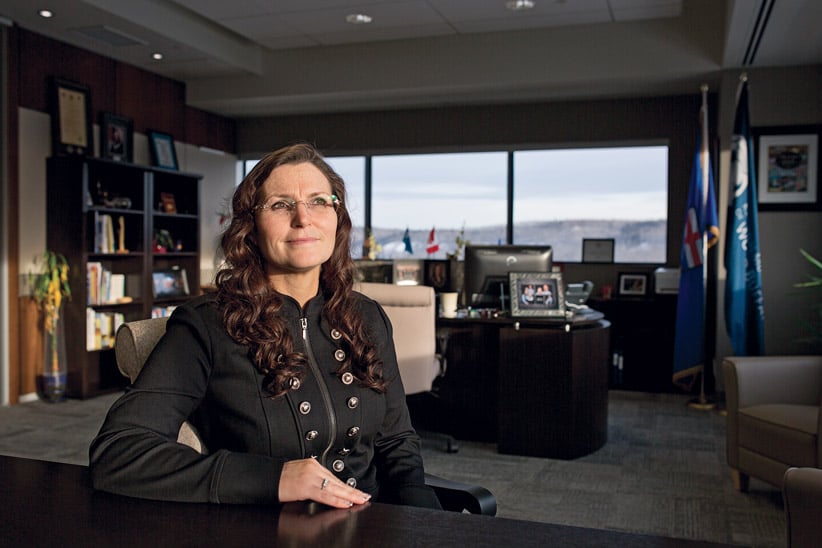 Q: What’s been the biggest outward sign of the plummeting price of oil in Fort McMurray?

A: There are few tangible markers of the change. The housing market began to stabilize well before this lower price of oil we’re seeing, though values are still very high. Grocery stores, restaurants, recreation assets, and so on, are still busy. New projects and those not yet started may be on hold, but producers are still operating with aggressive cost-cutting, efficiency and productivity measures in mind. Unfortunately, there may be cutbacks with non-essential services that could have local impacts. It is also likely that our Canada-wide commuter workforce will be reduced. Many more communities than ours will feel the impacts.

Q: You’ve been an advocate of efficiently getting oil sands crude to market, but how economically viable is a pipeline when oil is well below $60?

A: My only belief is that whatever is responsibly produced needs to safely and efficiently make its way to market, and that such markets must yield a fair value. There are currently 1.9 million barrels a day in production, and, if the economic drivers become more favourable, there would be a need to match capacity with production.

Q: There’s an area of Fort McMurray know by locals as the “dead roads,” a subdivision that was built but lay largely fallow after oil tanked in the mid-’80s. Now that the price of oil has dropped again, can we expect more “dead roads”-like communities in Fort McMurray?

A: I live on one of those roads, but, before I lived there, I got to improve my driving skills there, too. The difference in these times of significant growth is that we have been unable to keep up with demand, and have not had the luxury of completing unnecessary infrastructure. With a more acute awareness of our economic climate and the anticipated effects of a prolonged experience, all governments will have budgets under tight scrutiny, and all will have to make hard decisions as we ride this out.

Q: How do you stay optimistic in the face of hardship in the oil patch?

A: We’ve seen this time and again, and are likely to continue to in our future. The community character has been formed by Aboriginals, pioneers and people who persist. We have had so many new citizens who come to make a better life for themselves and their families, leaving all else they know and love, to do so. It takes courage, strength and commitment to make dreams come true. And the true advantage of having such people is that a helping hand is never too hard to find. I am optimistic, because I believe in our people and in our industry.

Texas oilman George Mitchell didn’t invent hydraulic fracturing, but, through much trial and error in the ’80s and ’90s, he demonstrated the technique was a commercially viable way of squeezing oil from otherwise impermeable rock. In doing so, the so-called “father of fracking” became a billionaire and set the stage for an unexpected North American energy boom that has put the U.S. on the road to energy independence.

Mitchell’s approach involves drilling wells straight down, then taking a 90-degree turn and continuing along horizontally through a layer of oil-soaked rock such as shale. Next, small explosive charges are inserted in the well and detonated along its length. The explosions create tiny holes in both the well casing and fissures in the rock around it. The well is then pumped full of a water, sand and a chemical mixture that fractures the rock further, allowing the trapped oil or gas to seep out and be collected.

Many thought Mitchell was crazy when he started drilling Texas shale. They’re not laughing now. In just a few short years, fracking has transformed the once-declining U.S. oil and gas industry into the world’s most important. The International Energy Agency recently predicted the U.S. would overtake Saudi Arabia as the world’s biggest oil producer as early as this year.

Of course, fracking isn’t without its critics. Many have pointed to the potential for groundwater contamination and even earthquakes. Several jurisdictions, including Germany, the state of New York and the province of Quebec, have banned the practice outright. Mitchell, who died two years ago at age 94, was reportedly among those urging for tighter regulation of the practice, fearing that small, independent drillers might take dangerous shortcuts as they rushed to participate in a historic oil boom. However, with questions now being raised about the profitability of fracking operations as oil prices tumble, the industry appears to have inadvertently addressed Mitchell’s concerns all by itself. Chris Sorensen

FILED UNDER: A to Z of the oil crash first nations Fort McMurray fracking