Encyclopedia of the oil crash: G is for gas prices

...and glut, go west. View this and more in our encyclopedia of the oil crash 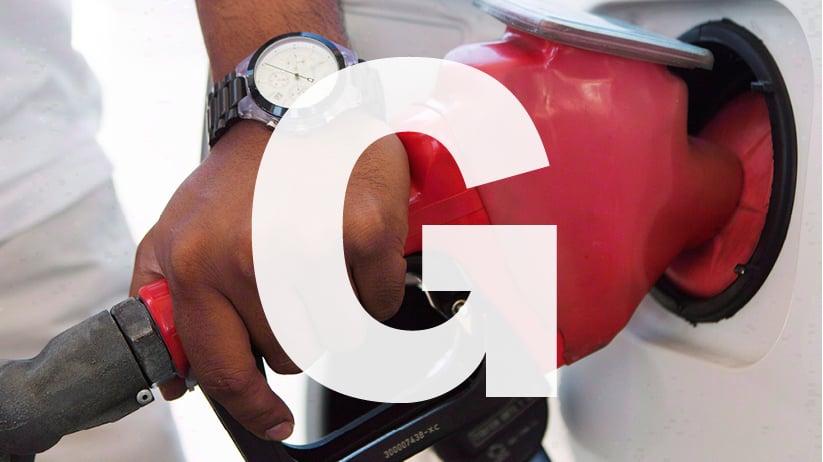 The collapse in oil prices has also brought about much cheaper gas at the pump: The average price in Canada is around 93 cents, down from close to $1.40 last summer. (It was as low as 88.7 cents in January). That has left Canadians with $20 billion in extra cash in their pockets. We asked customers in Toronto what they plan to do with the unexpected savings:

When the word first appeared in English sometime in the early 14th century, it was as a verb: the action of swallowing too much. But, within a hundred years, it had also become a noun—think “gulp”—and, soon after, a term of commerce. In our current age of abundance, there is certainly no shortage of gluts. Since the beginning of the year, newspapers have used the word to describe the supply of Nigerian fruits and vegetables, electronic waste, cheese in the European Union and elite starting pitchers in Major League Baseball. But it has most often been applied to the growing global oversupply of oil. In addition to rising output from OPEC, more oil is flowing out of Canada and the U.S. than at any time since the 1970s, yet demand has not kept pace. Hence the glut. Jonathon Gatehouse 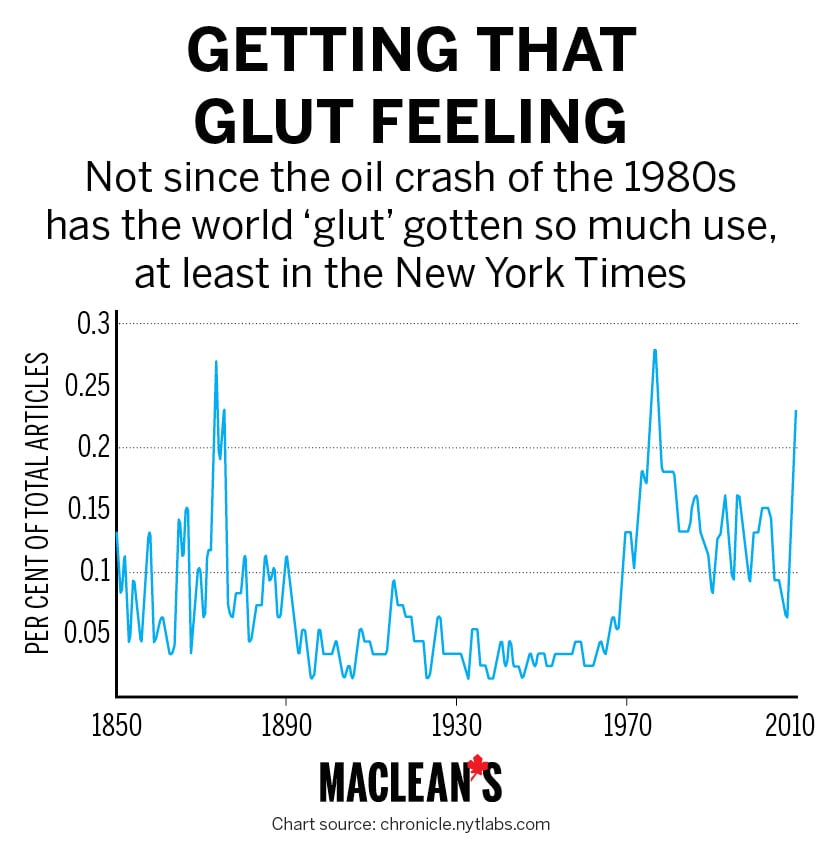 The lure of Western riches has long brought Canadians to “wild rose country,” where, for most of the last 15 years, there were jobs aplenty. Since 2000, Alberta’s population has grown by more than 40 per cent, a gain of 1.3 million people. Included in that tally are the more than 300,000 people who packed up their lives in other provinces, mainly central Canada and the Atlantic provinces, and ventured west. Alberta’s swelling population helped to make it a political and economic powerhouse, but it also kept unemployment rates in the Atlantic provinces lower than they might otherwise have been. That was, until the oil crash. “It’s inevitable, in 2015, that we’re going to see less migration toward Alberta, because the oil patch is going to go through a very painful period,” says Craig Alexander, chief economist at TD Bank. “That has some implications [for] people from Atlantic Canada who work [in Alberta and] send the money back home. You’re not going to see as many income transfers taking place.”

Alberta has been in this difficult position before. Between 1971 and 1981, the time of the last great oil boom, Alberta’s population grew by nearly 40 per cent, too. In just one year, 1981, the province added more than 100,000 people. Yet, two years later, with oil prices in free fall, the prairie province’s population grew by just 300. Suddenly, Alberta was a net exporter of people, as Canadians abandoned their new lives to return to their old ones. Experts don’t believe this current crash will have as drastic an effect, but the idea that Alberta can endlessly soak up workers from the rest of the country likely has run its course. Aaron Hutchins

FILED UNDER: A to Z of the oil crash glut