Encyclopedia of the oil crash: L is for Loonie

...and Lac-Mégantic, layoffs, and Leduc 1. View this and more in our encyclopedia of the oil crash 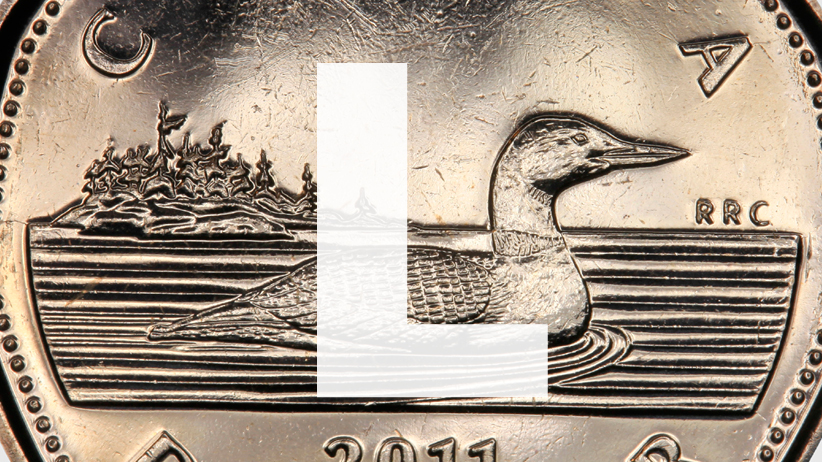 In 2009, 500 railcar-loads of crude oil rolled over Canadian rail lines. By 2013, according to the Railway Association of Canada, the figure was 140,000 carloads—a 280-fold increase. That’s an unnerving statistic, specially since the spectacularly deadly crash of a freight train carrying crude at Lac-Mégantic, Que., in 2013. “If you’re going to move the resource, it’s going to move in one of three ways,” Ontario Premier Kathleen Wynne said in an interview. “Trucks and trains are not safer than pipelines. I don’t think it’s something that has been discussed, probably, enough.”

The railway association is eager to discuss it. “An astounding 99.9977 per cent of all rail dangerous-goods shipments reach their destination without a release caused by train accident,” the association’s president, Michael Bourque, has written. If you move a million barrels of oil a mile by rail, you get only 0.38 gallons of oil spilled on average, he added; the comparable average for pipelines is 0.88 gallons.

Accidents that transform a train full of crude into a hurtling firebomb are rarer still. Perhaps the strongest message to be learned from rail transport is the simplest: The product will move, one way or another. Paul Wells

With oil prices down by more than half from their June 2014 peak, workers in Alberta’s oil patch and related industries are bracing for tough times ahead. A number of large players have already announced cuts. Suncor is eliminating 1,000 positions, Shell has axed 300 jobs and Civeo, a Texas company that operates temporary lodges, said it will let go 30 per cent of its staff. More bad news is coming. The Canadian Association of Oilwell Drilling Contractors warns the number of active drilling rigs will drop 41 per cent to 203 in 2015, resulting in the loss of roughly 3,400 direct jobs and another 19,500 indirect jobs. And while Target’s decision to withdraw from Canada—leaving 17,600 people out of work across the country—had to do with a lot more than the country’s deteriorating economy, those layoffs only add to the challenges facing Alberta’s job market. How bad could it get? So far, economists are remaining hopeful. In its latest provincial outlook report, TD Economics said it expects the Alberta unemployment rate to climb from 4.6 per cent last year to 5.3 per cent in 2015 and 5.6 per cent the year after. That would be a far better performance for the labour market than in past oil collapses—in 2009, the Alberta jobless rate hit 7.4 per cent, while, during the oil rout of the early 1980s, the rate climbed to 12.4 per cent and was actually higher than the Canadian average—suggesting the Alberta job market could get a lot worse before it gets better. Jason Kirby 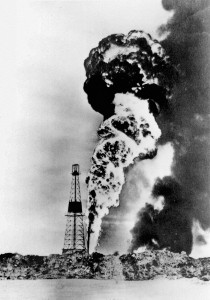 Imperial Oil drilled hundreds of exploratory wells in Western Canada in the late 1940s but came up empty. Then it drilled Leduc No. 1 south of Edmonton, about 80 km away from previous attempts. The “last chance” well soon began spewing oil and gas. It was Feb. 13, 1947. Alberta’s energy boom was on. Chris Sorensen (Leduc 1 photo: CP)

With Canada’s dollar so closely linked to the price of oil, and the Bank of Canada’s surprise interest-rate cut, the loonie, has steadily weakened in recent months. The decline poses both opportunities and challenges to the Canadian economy.

1. The overvalued loonie was long thought to be a danger to Canadian manufacturing, so economists have welcomed weaker currency because it will make exports cheaper. (Others disagree; see “The downside” below.)

2. It will provide a bit of a cushion against falling world oil prices.

3. Domestic tourism could get a bump.

1. The falling dollar might not be enough to rescue exports for two reasons. First, too much capacity has been lost in recent years for a rebound to occur quickly, according to a recent report from CIBC World Markets. Second, according to National Bank Financial analyst Peter Routledge, the flood of U.S. workers re-entering the labour force post-recession, and their lower wages, is a challenge to Canadian manufacturing.

3. Travel abroad will be more expensive—not good for the snowbirds headed south for the winter. (Silver lining: With the euro plunging as well, spring trips to Europe may be relatively affordable.)

FILED UNDER: A to Z of the oil crash Lac-Megantic Leduc 1 loonie