Encyclopedia of the oil crash: O is for Obama

...and Oliver, Ontario, and OPEC. View this and more in our encyclopedia of the oil crash 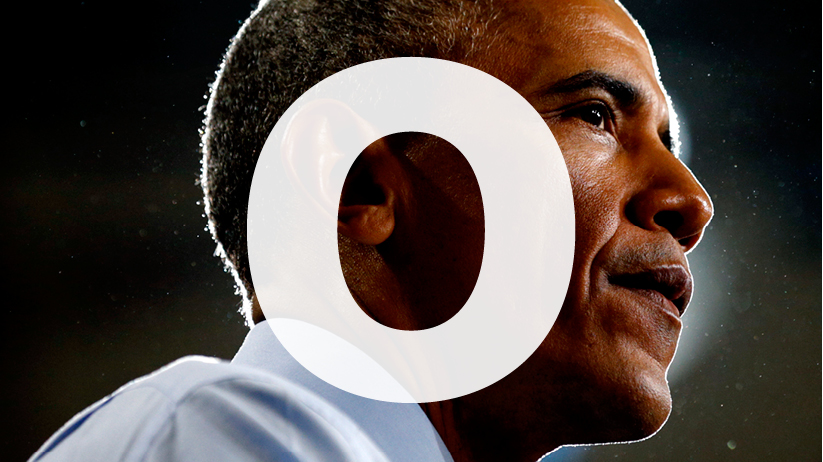 Since taking office in 2009, U.S. President Barack Obama has presided over an oil and gas boom that has transformed the U.S. into the world’s largest single producer of oil and natural gas. Output skyrocketed from five million barrels of oil per day in 2008 to more than nine million barrels per day in 2014—surpassing Saudi Arabia, according to the U.S. Energy Information Agency.

Most of the growth in production was driven by new technologies and private investment, though Obama touts his “all the above” energy policy of supporting domestic production of oil and gas, as well as renewables.

Obama has made climate change policy a major focus of his second term, and has worked with China and India to set ambitious long-term plans. A private sector shift toward plentiful and cheap natural gas, and away from coal in electricity production, has been propelling the U.S. toward significant reductions in greenhouse-gas emissions. Obama has also outlined strict regulations on coal-fired electricity production and methane emissions in oil and gas production, and imposed strict standards for vehicle emissions. The U.S. is now on a path to meeting its targets of a 17 per cent reduction below 2005 levels by 2020.

Meanwhile, Obama’s attitude toward Canada’s oil sands has been souring. Early in his presidency, Obama swiftly authorized Enbridge’s Alberta Clipper pipeline, which carried 450,000 barrels of diluted bitumen per day from the oil sands to the U.S. Midwest. But TransCanada’s application to build the Keystone XL pipeline from Alberta to the Gulf Coast of Texas has unravelled into a high-profile, six-year political battle beset by numerous bureaucratic delays. Obama has complained that the pipeline will carry Canadian oil through the U.S. for export abroad—an assertion TransCanada denies. Obama has also pledged he will only approve it if the project does not lead to a significant increase in greenhouse-gas emissions. He has threatened to veto congressional attempts to approve the project before his State Department review is complete.

Meanwhile, the global plunge in oil prices has been a boon to U.S. consumers, saving the average American family $750 dollars this year, according to the White House. Falling oil prices are also weakening Obama’s geopolitical rival, Russian President Vladimir Putin, and sharpening the sting of U.S. economic sanctions against Iran. Luiza Ch. Savage

Oil made Joe Oliver a politician and now it has the potential to unmake him. First elected as a Toronto MP in 2011, Oliver arrived in Prime Minister Stephen Harper’s caucus after nearly four decades of Bay Street investment banking experience. Harper promptly made him Natural Resources minister. The rookie understood his assignment in the oil-oriented government. Alberta’s oil sands, he said, were “Canada’s economic engine.” Opponents of pipelines? Oliver labelled some of them “radicals ” who “use funding from foreign special interest groups to undermine Canada’s national economic interest.” Harper evidently liked what he heard. Last spring, he appointed Oliver Finance minister, traditionally regarded as the top post in cabinet, succeeding Jim Flaherty. The job was supposed to be easy. Big surpluses would soon be returning to the federal books—or so it was forecast—and Oliver, lucky man, would get to deliver a 2015 budget packed with tax cuts and fresh spending. Then the price per barrel of Oliver’s old friend oil plunged. 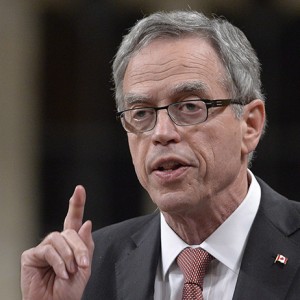 Some days, his response hasn’t seemed all that sure-footed. In fact, he veered sharply on the key question of how the oil-price plummet might make it much harder to eliminate the deficit this year, as he’s often confidently projected. On Jan. 14: “That projection takes into account falling oil prices.” But wait. On Jan. 15: “Given the current market instability, I will not bring forward our budget earlier than April.”

The economic implications of cheap oil are vast. But in Ottawa, the deficit is symbolically paramount. Harper and Flaherty dove deep into red ink to combat the 2009 recession, but they vowed to balance the books fast. Nevertheless, Harper announced billions in tax cuts and infrastructure spending last fall, even as the price of oil tanked. Was that imprudent? Oliver will be asked that a lot. After all, he has castigated Liberal Leader Justin Trudeau for opining that, with enough growth, the books would balance themselves. “Well, budgets don’t balance themselves,” Oliver scolded. “They require a plan and they require discipline.”

In hindsight, however, it doesn’t look very disciplined to announce $4.6 billion in tax breaks and $5.8 billion in infrastructure spending, as Harper did late last year, into the headwind of falling oil prices. The parliamentary budget officer says Oliver must make adjustments to avoid a small, but embarrassing, 2015-16 deficit. Oliver’s last job was to trumpet oil’s upside. His current one, it turns out, is to cope with the downside. John Geddes

The falling loonie is expected to give exporters in Ontario’s heartland a boost. Mark Zimny, the president of robotics manufacturer Promation—a company in Oakville, Ont., that serves the automotive and nuclear industries—on why he expects a big bump in sales south of the border.

Q: What’s the lower dollar doing to your business?

A: My quoting activity to the United States will increase, because I have a lot of dormant customers, whom I lost in 2005 and 2006 and 2007, when the dollar gradually went up and up. Now, I’ve sent them a simple letter—and I’m back in. In the first quarter, I’ll see increased marketing activity. In the second quarter, I’ll see request-for-quote activity. In the third quarter, I’ll be landing big orders. Some of it will happen sooner, because automotive will react within half a year. For my nuclear market, I’m buying a lot of stuff from the United States that costs me a lot more money now. I’m losing on the dollar exchange. At the same time, I’m gaining back on the dollar exchange from the automotive market.

Q: How much of your business is in exports?

A: Currently, it’s one-third in the U.S. and two-thirds domestic. I want to change this to 50-50. I had 60 per cent in the U.S. and 40 per cent in Canada until 2004-05, when the dollar was still low and slowly rising. I lost that, down to zero, after 2007. I entered the nuclear market to avoid the crisis in the automotive sector. Now, I’m slowly rebounding from almost zero exports to one-third total exports. This year, I’m going to have 50-50. 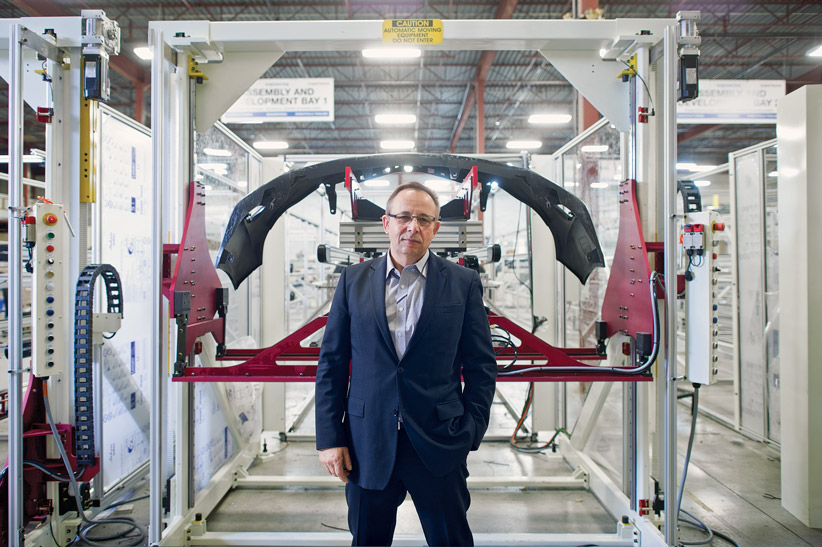 Mark Zimny, a robotics manufacturer in Ontario, expects the lower dollar will be good for business. (Photograph by Cole Garside)

Q: What’s the global impact of the low dollar?

A: I’m going to be more competitive than Eastern Europe, for sure. I explored the idea of opening up a machine shop in Poland, my old country, last year. Now, with the lower dollar, it doesn’t make any sense at all—good for Canada, good for Ontario. There were some companies who told a supply-chain partner of mine that they were going to do machining locally in Great Britain. But they couldn’t get the pricing found in Ontario, so they’re coming back to him. As told to Nick Taylor-Vaisey

The Organization of the Petroleum Exporting Countries has had a lock on the oil market for decades, though soaring production in the U.S., Canada and elsewhere is putting OPEC’s dominance to the test. However, as oil prices fall, there’s been an increased focus on the higher costs associated with producing oil in non-OPEC countries. As the accompanying chart shows, Saudi Arabia still enjoys a substantial cost advantage. 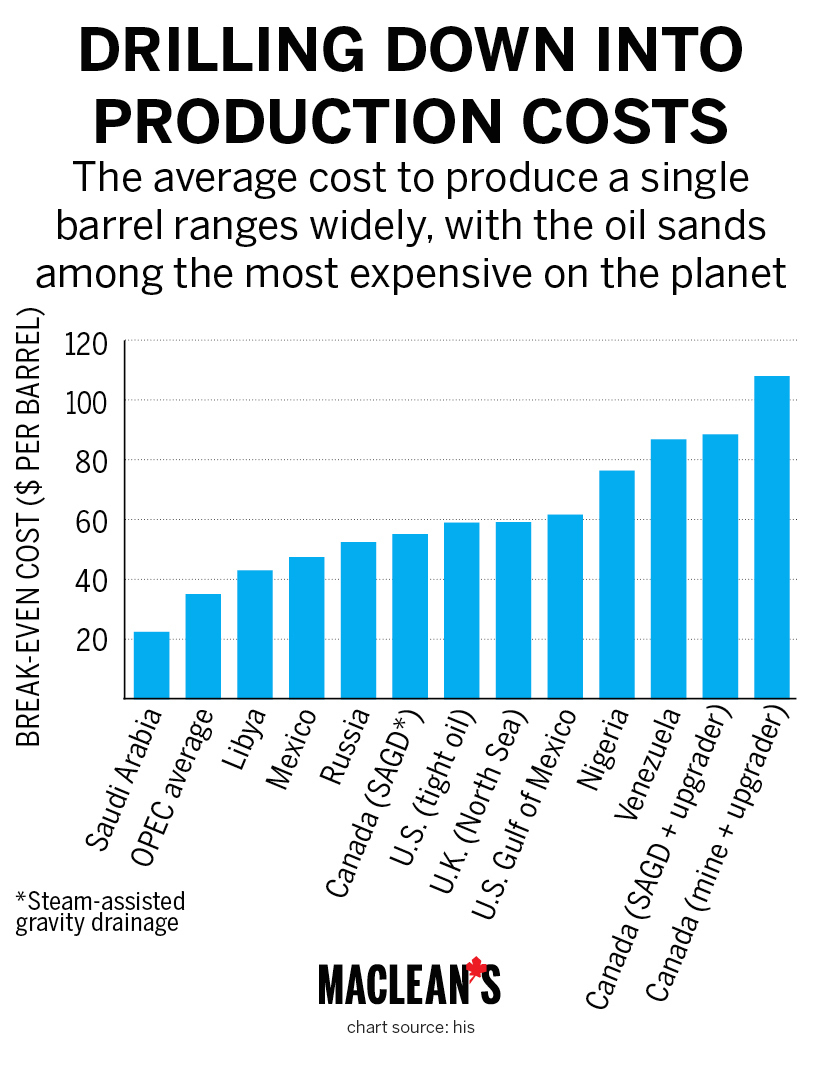 FILED UNDER: A to Z of the oil crash Barack Obama