Encyclopedia of the oil crash: Y is for yellow mountains

...and Yergin. View this and more in our encyclopedia of the oil crash 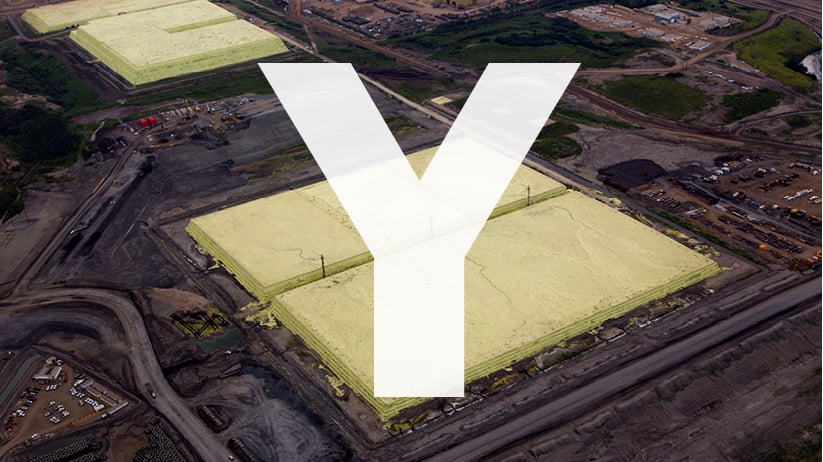 The yellow mountains of Fort McMurray aren’t exactly as picturesque as the Rockies. Instead, the oil sands region has produced massive piles of sulphur, a yellow by-product from upgrading bitumen. While sulphur itself can be worth around $100 per tonne in certain markets, don’t expect Alberta to be switching allegiances from black gold to yellow gold any time soon. Sulphur must be moved in liquid form, which, given its melting point of about 115˚ C, means that any tankers for transportation have to be heated and well-insulated. By the time that’s done, the economics of moving the sulphur no longer make sense. At least in this case, for storage purposes, they’re able to move mountains. Aaron Hutchins 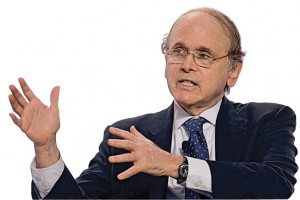 Daniel Yergin, vice-chairman at Colorado-based consulting company IHS and the Pulitzer prize-winning author of The Prize: The Epic Quest for Oil, Money and Power and his latest book, The Quest, spoke with Chris Sorensen about falling oil prices:

Q: You’ve talked about a global shift in the balance of power when it comes to oil. Who is in control now and what power do they wield?

A: “Control” can be a little misleading as a term. For the last several decades, Saudi Arabia, along with the Arab Gulf countries, were the swing producers, even if they don’t much like the term. They could raise or lower production in times of shortage or surplus. But North America is now back—and it’s really back. So, inadvertently, the United States has become the swing producer. What happens to that shale-oil revolution is key. But I say inadvertently [because] it’s not a matter of control, since it’s not a few oil ministers and their governments making decisions, but rather, the results are dependent on hundreds of different companies making decisions about investments, ambitions and balance sheets—plus the advances of technology.

Q: What will be the impact, in both the short and medium term, for Alberta’s oil sands?

A: The oil sands are clearly affected by what we call the “great oil price deflation.” As a result, oil sands growth is on a new, lower trajectory, but it continues to grow. Between 2015 and 2020, IHS sees nearly 800,000 barrels a day of new capacity coming on stream. This is a conservative outlook. The thing to remember is that oil sands projects are long-term investments, with a relatively flat production profile lasting 30 to 40 years. Also, there are some mitigating factors that actually help out the oil sands. One is the decline in the loonie, and lower natural gas prices will lower operating costs.

Q: What does falling oil mean to the Keystone XL pipeline?

A: Keystone XL has become a political decision. Does the U.S. import oil from its partner to the north, Canada, or Venezuela? Sometimes people south of the border forget how integrated our two economies are, and that Canada is the United States’ most important trading partner. The basic fact is that new oil sands [product] will need to get to market, and that means pipelines and rail. Canada has decided it can’t depend on a single market to the south.

A: The Saudis and other countries in OPEC are saying that $100 a barrel was a big mistake; it encouraged too much competition and led to erosion of markets, and they never want to see it again. But I would never say “never.” Think how much things have changed from three or four years ago, and how much they could change again. That’s one of the lessons from The Prize. But, for the next few years, unless there is some major disruption, don’t expect to see anything that looks like $100.

FILED UNDER: A to Z of the oil crash Daniel Yergin yellow mountains