Encyclopedia of the oil crash: Z is for zero-discharge policy

...and Zama City, Alta. View this and more in our encyclopedia of the oil crash 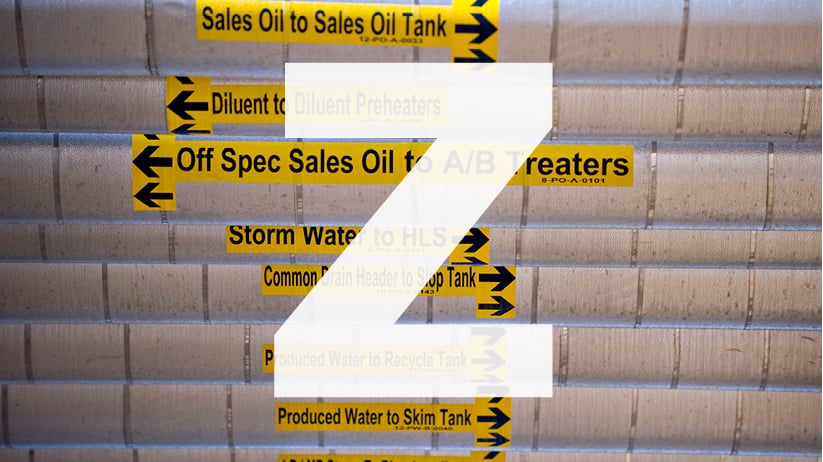 Zero discharge policy: The millions of litres of water that oil sands operators use to separate bitumen from the earth must be recycled or stored permanently on-site. The requirement, meant to protect the surrounding environment from being polluted with toxic runoff, has led to the creation of massive storage, or “tailings,” ponds that are both an eyesore and a threat to waterfowl. In theory, the murky manmade lakes allow residual bitumen and toxic metals to eventually settle at the bottom, where they can later be safely buried. But that’s proving easier said than done, with studies showing that some of the noxious soup is leaching into the groundwater and finding its way back to the Athabasca River. Chris Sorensen

The 9.5 million litres of contaminated waste water that spilled from an Apache Canada Ltd. pipeline in this remote northern Alberta community in 2013 ranked as one of the province’s largest spills on record. The accident was also one of many that have threatened to derail the oil industry’s efforts to convince a skeptical public that pipelines remain the safest way to transport oil and other chemicals associated with petroleum production. Other ill-timed spills included Enbridge’s 2010 spill, which dumped 19,500 barrels in Michigan’s Kalamazoo River, and ExxonMobil’s 2013 spill, which left 5,000-odd barrels of Canadian heavy crude seeping through the streets of a suburb of Mayflower, Ark. Chris Sorensen

FILED UNDER: A to Z of the oil crash Zama City zero-discharge policy