For first time in storied history, the Bay to open up shop outside Canada 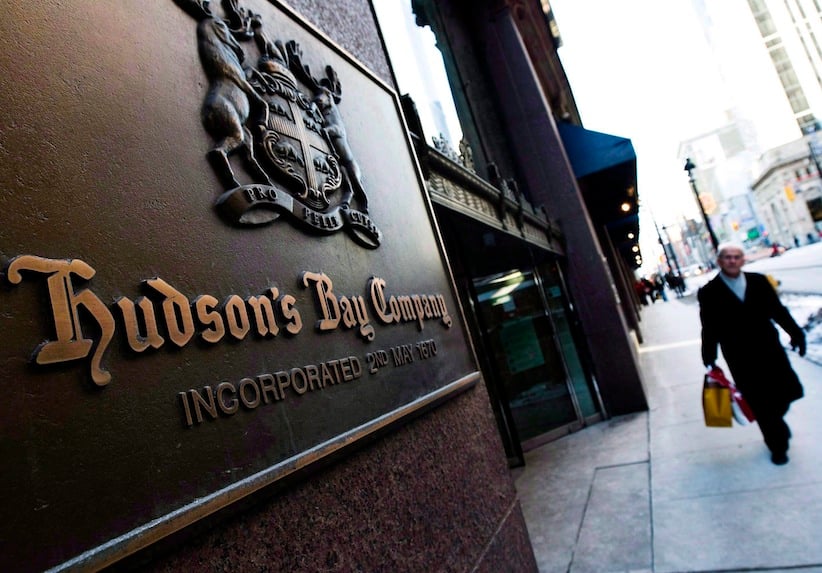 TORONTO – One of Canada’s most iconic brands is heading to the land of windmills and tulips.

Hudson’s Bay Company announced Tuesday that it plans to open up to 20 stores in the Netherlands over the next two years as part of an aggressive push to grow its presence in Europe.

The move will mark the first time North America’s oldest retailer, which was founded primarily as a fur trading company in 1670, has introduced its namesake brand outside of Canada.

“Our DNA is that we experiment and we try things,” Richard Baker, HBC’s chairman and governor, said in an interview from the Netherlands.

Baker, and chief executive Jerry Storch, said the company wasn’t initially looking at expanding its footprint in the Netherlands but were presented with a “unique opportunity” when Dutch department store V&D closed its doors last year.

The departure of bankrupt V&D left a hole in the retail market and dozens of empty storefronts in highly sought-after urban locations up for grabs. The retailer’s demise was blamed on various factors, including its inability to compete with rivals like fast-fashion powerhouse H&M and criticism that it lacked its own unique identity.

Storch said he is not worried that the same issues that plagued V&D will spell trouble for them. Hudson’s Bay’s first plan of attack is to massively remodel the former locations it will be leasing, he said.

“(V&D) were terrible. They were awful,” he said from New York.

Hudson’s Bay noted that its chief merchant officer of European operations is Dutch, which it said has helped it navigate the nuances of that new market.

“We don’t sit back in Toronto and think we know more about the Dutch market than Europeans do,” said Storch.

Customers can expect similar products in Hudson’s Bay stores as they do back home in Canada, including its trademark blankets and scarves adorned with green, red, yellow and blue stripes.

“It will be in many ways similar to a Hudson’s Bay store, but in many ways, uniquely Dutch,” said Baker, citing the plan to place display fixtures one or two inches higher in the new stores because Dutch residents are typically taller than Canadians.

Baker said the Netherlands was a natural fit for the storied retailer because of the two countries’ Allied relationship during the Second World War.

“There is a strong affinity to Canadians in the Netherlands,” he said, noting that Canada helped liberate the Netherlands and hosted the Dutch Royal Family in exile during that time.

Industry expert Doug Stephens said the decision is a good move for Hudson’s Bay to grow its burgeoning real estate portfolio with prime locations, but it’s not necessarily a no-brainer for its retail business.

“Bringing a new brand with a new identity that has some sort of foreign cache to it, there is a Canadian cache of sorts,” said Stephens, the founder of Retail Prophet.

“In the interim, that could generate some interest. Over the long term, that wears off. You become in essence a domestic player and it comes back to: are you delivering a value proposition that is remarkable and resonates with a different audience?

“Ultimately, the smell of maple syrup will wear off.”

Hudson’s Bay said it plans to have 17 of the new locations run as stand-alone HBC stores and the other three will operate under the Saks Off 5th banners. Its flagship will be in a newly-built store in Amsterdam, with other locations expected to open in Rotterdam, Zwolle, Breda, Eindhoven, Maastricht and Amesfoort. The stores are expected to open in the summer of 2017.