After steadily accelerating for years, growth in the number of participants has stagnated, with an equal number of people entering and leaving the game

By By Alexandra Posadzki, The Canadian Press May 15, 2015 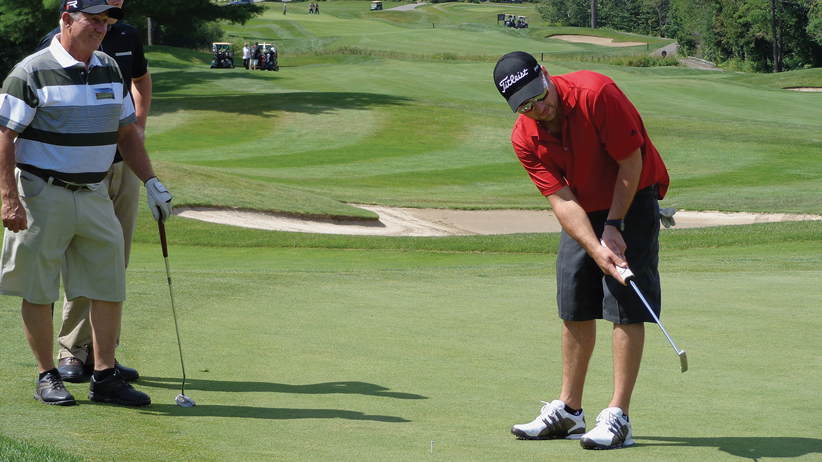 TORONTO – During university, Mark Derbyshire loved to golf. But today, between working 80 hours a week as the president of Holt Renfrew and raising three teenaged sons, he says it’s hard to find the time.

“You’ve got to commit a number of hours every week to do it if you’re going to be any good at it, and I don’t really like to do stuff I’m not good at,” he says.

“To go out there and not feel very good about it – who the hell needs that?”

Hitting a few rounds was once considered a staple of networking for Canadian business leaders. But there are signs that, due to a perfect storm of factors, golf’s status as the go-to activity for the business elite is slipping.

After steadily accelerating for years, growth in the number of participants has stagnated, with an equal number of people entering and leaving the game, says a 2012 study done on behalf of the National Allied Golf Associations.

Related: The end of golf

Experts say many of today’s executives are too busy to commit five hours or more to an 18-hole game. Derbyshire says much of his networking takes place at less time-consuming events such as parties, or over breakfast or lunch.

The golf industry has also struggled to attract youth, who have a plethora of leisure activities competing for their attention.

“It’s not one of those games where you can get out and instantly do well,” says Keith McIntyre of sports marketing agency KMac and Associates, in Burlington, Ont.

“It requires a lot of work. And I don’t know if this younger generation has the patience. I’ve not seen it.”

Nonetheless a number of industry associations say the doom-and-gloom stories about golf’s demise are overblown.

“I see it more as a correction,” says Jeff Calderwood, CEO of the National Golf Course Owners Association.

“We built an awful lot of golf courses in the previous 25 years, and so the supply-demand balance got a little bit ahead of itself, and it happened to align with the weakest half-dozen years of fragile economy that we’ve had since the Depression.”

Industry groups have been lobbying the government to give golf the same tax treatment as other types of business entertainment. Companies who take clients out to a hockey game, a baseball game, the theatre or the opera can write off half of the client’s ticket cost as a taxable expense.

“If you take that same client golfing, you can’t write off 50 per cent of the cost of paying for that client’s green fees,” says Kenneth Cousineau, executive director of the Canadian Golf Superintendents Association.

“Arguably golf presents a better opportunity to discuss business than being at a hockey game, or a baseball game, or certainly a theatre production, where you’re really not talking during the activity.”

The industry is taking a number of steps to attract new players. Some owners are outfitting courses with larger holes in order to make the game more fun for beginners. Others are offering nine- or 12-hole games to address the time-crunch issue.

“Some courses are being redesigned so they can be played in six-hole segments,” says Cousineau.

Some courses have started hosting funerals to make an extra buck, while others are building swimming pools, tennis courts and spas to attract more visitors.

Rules governing dress codes and the use of smartphones on the golf course are also beginning to loosen in a bid to accommodate younger players.

“In our industry we’re a little bit slow to innovate, because the tradition of the golf experience is such a big part of the game,” said Calderwood. “So it’s this balance between progress and tradition that has to be found. … The traditions are what made it such a popular game in the first place.”