And no, it's not condos

House prices dipped 0.3 per cent in January from December, the fifth straight month of declines, according to the National Bank’s Teranet House Price Index, which tracks repeat sales of single-family homes in 11 Canadian cities. Compared to January of last year, prices were up 2.7 per cent, the smallest yearly increase since November 2009 and the 14th straight month of decelerating year-over-year gains.

Monthly house prices dropped in seven cities, but all urban centres except Vancouver registered gains on a year-over-year basis.

In B.C.’s largest city, prices edged down 0.8 per cent in January from a month earlier and were down a more noticeable 2.5 per cent from January 2012.

In Calgary prices were virtually unchanged (-0.1 per cent) last month from December and up 4.3 per cent from a year ago.

In Montreal price movements tracked the national average, dipping 0.2 per cent from December and gaining 2.6 per cent from January 2012.

The strongest performance came from Atlantic Canada: prices in Halifax were up 1.7 per cent from a month earlier and 6.6 per cent from year-ago levels. 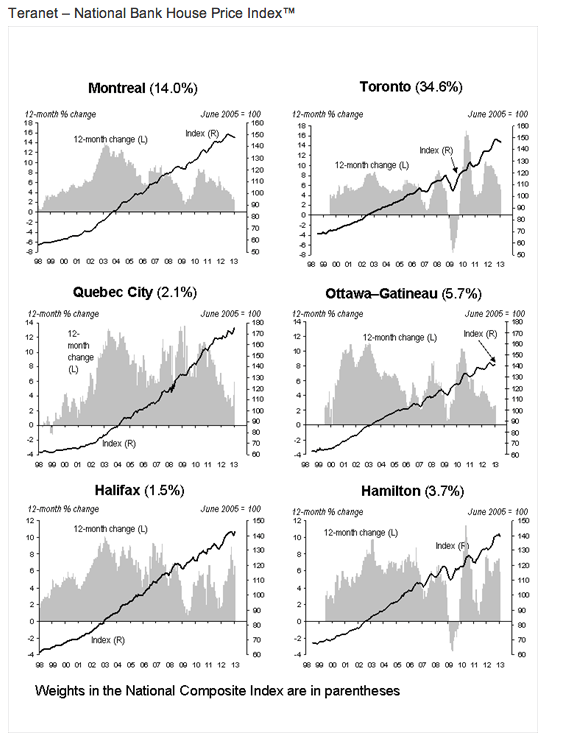