The secret to Paladin Security Group's growth from humble roots: matching its people to the jobs that best suit them 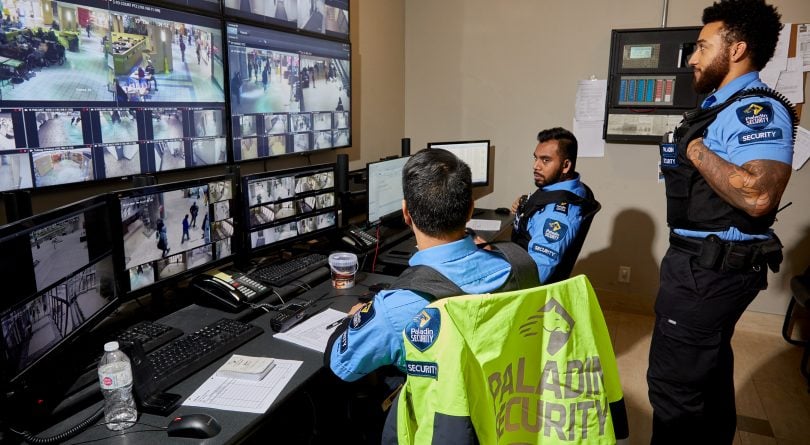 Before he was the CEO, Ashley Cooper was a janitor at what would become Paladin Security Group Ltd. And just barely: “It was my older brother’s company and I was just a kid at the time,” says Cooper. “He hired people to do janitorial work and when they couldn’t make it, he’d grab me off the couch.” Cooper was just 12.

When he turned 18, and by then a student studying business at the University of British Columbia, Cooper was promoted to shifts as a security guard and then took over balancing the books. By the grand age of 22, Cooper asked his brother—then a busy stockbroker—if he could buy Paladin and become the boss of the Vancouver-based company. It wasn’t the big deal it sounds like, Cooper stresses: “We had one contract and four employees. I worked as a painter on the side.”

That was 1987, and a lifetime ago in the expanding and fast-automating private security business. “People thought of security guards like the sleepy old guy who sits by the gate all day, stuck in a dead-end job,” says Cooper. An eager 22-year-old stood right out, though not always in a good way. “The challenge then was that people looked at me like ‘what do you possibly know about this?’ Those years were tough.”

Cooper built his business—now the largest private full-service security company in Canada—the old-fashioned way: one small job at a time, done well, leveraged into a slightly larger job, repeat. He brought on “people with actual credibility,” he jokes. Cooper might have continued on the slow-and-steady path forever, but the world changed in an instant on Sept. 11, 2001. Security became serious, and imperative, overnight.

The terrorist attacks came just as a tech boom was revolutionizing the industry. Ted Reid, now president of tech arm Paladin Technologies, was brought in to ensure Paladin was at the forefront of the “integrated security model”—that is, more complex security systems involving access control and perimeter-detection services, along with video management. Paladin’s offerings swelled, as did the needs of the clientele. “Feedback from clients became ‘wouldn’t it be great if you guys could look after all of this?’” recalls Reid.

Rather than focus on one security service, like most others, Paladin gambled on expansion into every security service they could manage: “Other companies can give you the one service they sell because that’s all they can do,” says Cooper, citing alarm systems, guards or investigators as single services available. “We can offer all of those at once, the best protection and the best value, by providing a customized combination.” Alongside the human guard, Paladin’s full service can include everything from alarms and access control systems to cameras and video analytics that safeguard people and businesses across North America. Sectors serviced include health care, ofﬁce and commercial, gaming, retail and shopping, utility and government.

“To grow that much in such a short amount of time is a real testament to Ashley,” says Mike Brankston, Paladin’s coach at Deloitte. The company’s massive growth—Paladin is ﬁve times the size it was a decade ago—now requires over 15,000 people in 38 ofﬁces across North America. The sheer number of employees to be managed became a challenge and, as it turned out, an opportunity.

Recall that aforementioned sleepy security guard. “Go walk around a mall and you can ﬁnd some bored guard staring at his shoes,” says Brankston. “But you can also ﬁnd others who are engaged and aware—that’s the Paladin guard.” Most people probably don’t pay much attention, but the fact is, the personality and strengths of a guard at the mall differ from those of the guard in your apartment building lobby, which differ again from those of a guard working nights at the hospital.

With its own data bank waiting to be tapped, Paladin set out to find how to best match people with positions. “We took our best and highest-performing people in every vertical and proﬁled them to ﬁnd out exactly what traits and tendencies they have that make them so successful,” says Chad Kalyk, executive vice-president. When hiring, Kalyk acts as kind of a professional (if decidedly non-romantic) matchmaker, using a process of interviews and psychological proﬁling as part of what he calls “a very robust 12-step hiring process.”

It’s a lot of prep, he admits, but very much worth it. “A good job up front generally delivers a happier client on the back end, which means more client retention and more business success,” says Kalyk.

“It’s like anything else,” adds Cooper. “If you’re in a role that engages and empowers you, you’ll stay longer and do a better job.” No snoozing at the gate, he means, and the way to avoid that is to carefully match personality traits with position speciﬁcs. “In health-care security, for example, we’re looking for a high level of empathy. At an industrial site, we’re looking for high scores in task orientation and attention to detail.” And as with dating, sometimes the best matches on paper don’t work in real life. “We don’t get it right every time,” admits Cooper. “But when we don’t, we take people back and train them elsewhere.”

“Gone are the days of poaching people from your competitors or hiring people right out of school and expecting them to know exactly what to do,” says Reid. Maybe this thinking is a legacy of Cooper’s 12-year-old self, but Paladin would much rather develop employees internally than try to ﬁnd them elsewhere. They formalized the process with the University of Paladin, a company-paid education and training program for all employees, at all levels, to improve their career prospects in areas of the business that interest them. The junior management training program, for example, targets promising would-be supervisors and prepares them for promotion. “Eighty percent of people here have been promoted,” notes Kalyk. “You can deﬁnitely come in here at the entry level and then the sky’s the limit.”

Not that the ground’s a bad place to be at Paladin, where hard work and long hours are valued and respected. “I know what it’s like to pull the graveyard shift,” says Cooper. “It’s a difﬁcult, sometimes thankless job and, if you’ve never done it, you can’t understand it.” Cooper remembers it vividly and makes sure his employees know it. “Nobody here is higher in this company than anyone else; we’re all just here to support each other and get the job done.”

This article appears in print in the December 2019 issue of Maclean’s magazine with the headline, “The advanced team.” Subscribe to the monthly print magazine here.