How Tata Motors gave a boost to some luxury nameplates 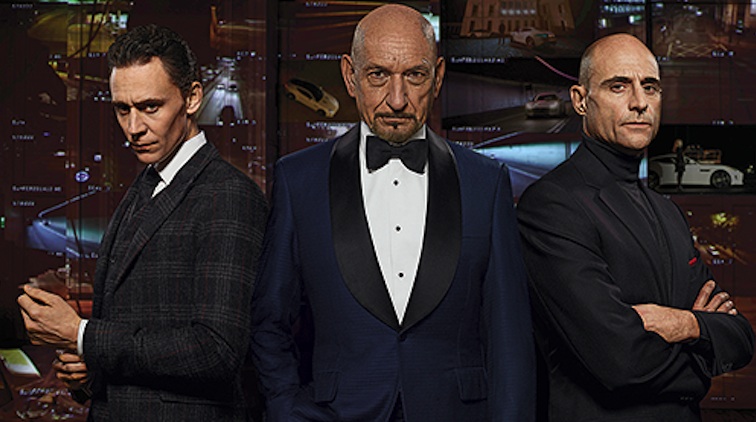 Tata Motors, the automotive arm of one of India’s biggest industrial conglomerates, was recently dealt a major setback when managing director Karl Slym fell from the 22nd floor of his Bangkok hotel, an apparent suicide. The British-born Slym was hired in 2012 to boost the popularity of Tata’s $2,500 Nano micro car, which has so far failed to capture the imagination of consumers in the developing world (it turns out they, too, want “features” like power steering and a trunk that can be opened from the outside).

Curious, then, that the one area where Tata is enjoying a degree of unexpected success is in the luxury car market, which is all about customer-pleasing extras. After confounding analysts with its $2.3-billion purchase of Jaguar Land Rover Automotive from Ford Motor Co. back in 2008, Tata seems to have successfully done what the Blue Oval could not: turn around a long-neglected business and reinject an air of excitement into a couple of tired luxury nameplates.

Sales of Jaguar cars nearly doubled in Canada last year to 1,263 vehicles, according to DesRosiers Automotive Consultants. Sales of Land Rover, meanwhile, were up 20 per cent to just over 5,000. Globally, sales for both brands grew 19 per cent to 425,000 vehicles in 2013 as demand rebounded in North America, Europe and China. “I think this is the year where they’ve turned the corner,” says Jeremy Acevedo, analyst at automotive information website <em>Edmunds</em>. “Jag and Land Rover are now putting out products that are a lot more convincing.” In particular, he cites the Range Rover Evoque, a compact SUV that somehow manages to look sleek and burly at the same time, and the Jaguar F-Type coupe, which starts at about $70,000 and is the very definition of sports-car cool.

When Tata took over Jaguar Land Rover, critics snobbishly questioned whether a Mumbai-based company could meet the luxury segment’s high standards. More alarming for Tata was the onset of the financial crisis shortly after the deal was struck, causing sales of both Jaguar and Land Rover to plunge. But Tata never wavered in its belief that both were inherently valuable brands that could be restored. Tata slashed costs and invested $1 billion in marketing and new vehicle development. Under the leadership of Ralf Speth, a German automotive executive who had worked with BMW and Ford’s Premier Automotive Group (which owned Jaguar, Land Rover and Aston Martin, among others), the changes have put Jaguar Land Rover in an ideal position to benefit from the recovery in North America and Europe, while also tapping into the growing number of millionaires and billionaires in countries like China and India. “They’re repairing what was, to be completely honest, not the best reputation for reliability,” Acevedo says. “And the perception from consumers and critics is going up.”

To capitalize on the growing buzz, Tata Motors recently bought its first-ever Super Bowl ad to show off the 2015 F-Type. The 60-second spot, which cost around $8 million just to air, cleverly plays on Jaguar’s heritage by featuring British-born actors Ben Kingsley, Tom Hiddleston and Mark Strong, who are noted for playing suave and sophisticated movie villains. Alan Middleton, a professor of marketing at York University’s Schulich School of Business, says the ad effectively positions Jaguar as a stylish alternative to details-oriented German luxury automakers like Mercedes-Benz and BMW, and the more value-oriented luxury brands owned by Japanese and Korean car companies. “If I said British engineering, how are you feeling? Not fantastic, I bet,” Middleton says. “But if I say British style, that’s actually not too bad.”

Another twist in Jaguar Land Rover’s turnaround is the role Ford played. The automaker laid the groundwork for the Evoque’s platform and, in the case of Jaguar, “some of the styling has a bit of an Aston Martin appearance,” according to Acevedo. But consumers never quite accepted Ford as a luxury carmaker—particularly when it came to Jaguar. “The joke was, ‘Oh, I like your Ford,’ ” says Middleton. “It was the ultimate put-down.”

Tata doesn’t have that problem. It has little name recognition in the automotive world. Plus, Jaguar Land Rover continues to be run largely as a separate company, with its headquarters and most manufacturing still located in the U.K. “Tata has an invisibility advantage,” Middleton argues. And that’s a good thing considering the company’s other cars cost about the same as the annual insurance on a new F-Type.