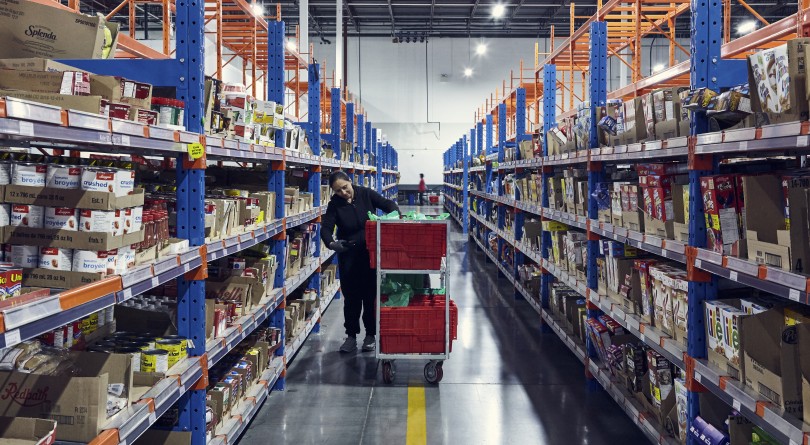 A few years ago, the senior management team at Longo’s decided they needed to study their corporate DNA. Anthony Longo, CEO of the 32-store supermarket chain based in Vaughan, Ont., says a consultant walked his colleagues through a process of corporate reflection. It yielded an unsurprising insight: at the company’s core was its history, which traces to a greengrocery founded by Longo’s father and uncle in downtown Toronto in 1956. “We found that the culture wasn’t just about programs and training,” he says. “It was about how we treat each other.” By that, he means customers, suppliers and employees.

So how do such seemingly anodyne insights help Longo’s when it tries to square its family-based ethic with its large size? Longo’s payroll has ballooned from about 1,200 employees to more than 6,000 in the past decade. Yet the firm is still based in Greater Toronto, as well as some adjacent locales, like Ancaster and Ajax, and has no plans to move further afield. It operates an eight-year-old distribution centre and a busy home-delivery division known as Grocery Gateway, managing to thrive in a sector dominated by aggressive giants. Its Canadian rivals all have growth plans fuelled by strategic acquisitions. Loblaw bought Shoppers Drug Mart four years ago. Metro snapped up Jean Coutu this summer. And in late September, Empire dropped $800 million to buy another independent supermarket chain, Farm Boy, which has 26 locations around Ottawa and across southwestern Ontario.

The firm’s consistent presence at the top rung of Deloitte Canada’s Best Managed private company ranking—it has been on the list for 18 years—offers some insight into its staying power. National co-leader Lorrie King points out that the company offers attractive benefits and loyalty programs to its employees, and has been mindful about promoting from within. Many members of the extended Longo family work in the business, which reinforces the culture. “As large as they are,” she says, “it still feels like a family-owned business.”

Online company reviews on job search websites like Indeed.ca and GlassDoor.ca seem to confirm her assessment. The majority of the several hundred reviews are positive, with many noting the friendly atmosphere and generous benefits, even for part-time workers. The company, for example, recently added mental health services to its employee assistance plan.

Longo says the firm’s employee-friendly programs are grounded in a hard-headed pragmatism—turnover is expensive. A firm that is constantly recruiting and training faces all sorts of additional HR costs, and may even be risking the quality of its customer service. “We look at our team members as assets,” he says, noting that Longo’s turnover is half the industry average. “There’s a dollar benefit to treating your team well.”

Meanwhile, the company has been willing to make a handful of calculated long-term bets. Back in 2004, it bought Grocery Gateway, which was in receivership, and has run the online delivery operation ever since. Then, in 2010, Longo’s built a 200,000-sq.-foot distribution centre in Vaughan, a critical move for a fast-growing company whose supply chain was becoming more difficult to manage. That meant Longo’s didn’t have to rely on its competitors’ wholesale and logistics operations. These investment choices are most straightforward for private firms, Barlow says. “Because Longo’s isn’t publicly traded, it can make bets on the long term without worrying about the next quarter.”

The company also has a history of innovating at the store level. Long known for its high-quality produce, Longo’s became an early proponent of new health and organic foods, including non-dairy beverages like soy milk.

When experiments don’t bear out, the company moves on without remorse. By way of example, Longo points to the launch of a line of retail “meal kits” meant to compete with delivery services such as HelloFresh. The firm rolled out its kits last Christmas, but gradually came to the realization that they weren’t seeing repeat customers. It was cancelled in the summer. “We know when to pull the plug,” says Longo.

Longo believes that the company’s investment in Grocery Gateway positioned it to compete in the burgeoning online grocery shopping market. For home delivery, he says the company sought to “own the relationship at the door” by ensuring that drivers stay on particular routes so they can get to know consumers and deliver personalized service along with bags of groceries. But in a nod to what’s happening at chains like Loblaw, the company will begin to offer in-store pickup of online orders at several of its supermarkets later this fall.

Barlow says Longo’s is, at heart, comfortable with taking calculated risks in a sector with little margin for error. “They continue to invest back into the business,” he observes. “You don’t see members of the Longo family living in huge houses or driving expensive cars.” Adds Longo: “It all starts with our values.”