"Natural intensifiers” like tomato serum and orange oil bump up the flavour of dishes, even at 30,000 ft. 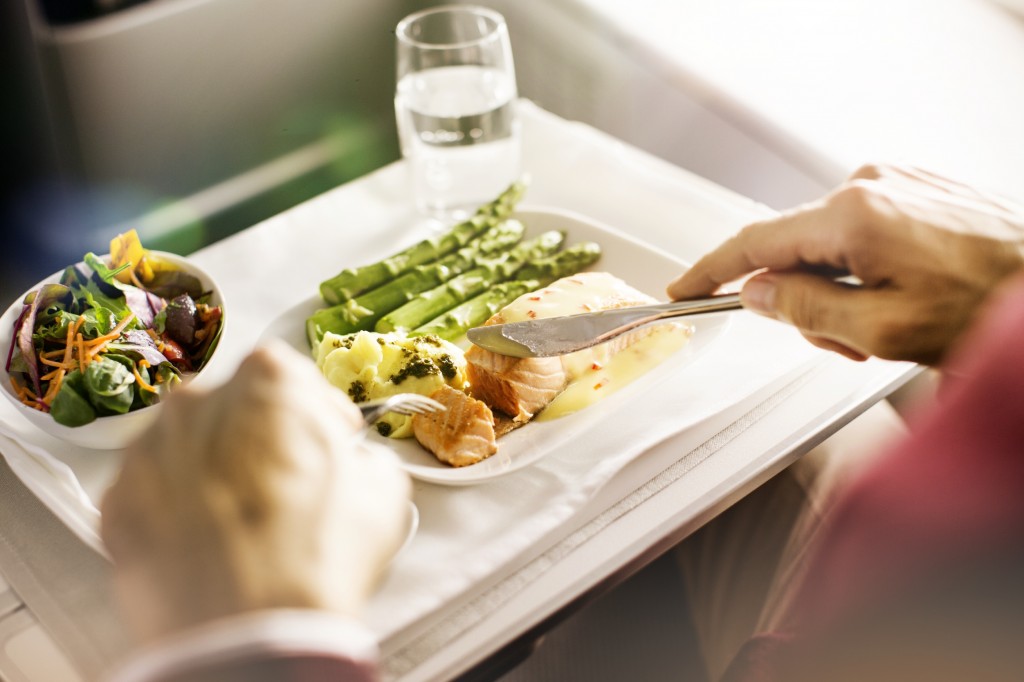 Pampering passengers is big business for Lufthansa. The German airline has become increasingly reliant on deep-pocketed first- and business-class customers—people who don’t blink at a $7,000 one-way ticket between Toronto and Frankfurt—to pad the bottom line while low-cost competitors like Europe’s Ryanair drive down the price of economy-class tickets. To keep the big spenders happy, Lufthansa has spent millions in recent years to overhaul airport lounges, train staff and outfit planes with more lie-flat seats. But one facet of the front cabin experience proved more difficult than most to improve: the food.

It wasn’t for a lack of trying. Lufthansa’s catering division had been working with a rotating group of three-star Michelin chefs to design its first-class menus. The resulting dishes, not surprisingly, used high quality ingredients and were expertly prepared—so much so that Lufthansa has partnered with an online outfit to sell its in-flight meals to ground-dwelling residents of some German cities, thereby satisfying a take-out market few knew existed. And yet, most of its passengers remained unimpressed. “We had these great chefs on the ground and we were wondering why we would still get complaints,” says Ernst Derenthal, head of catering at the airline, who was in Toronto recently to show off Lufthansa’s latest in-flight offerings.

The problem wasn’t a total mystery. Airlines have long known that what tastes good on the ground becomes unappetizing at 35,000 feet. The altitude deadens passengers’ taste buds and bone-dry cabin air kills their sense of smell, which accounts for up to 80 per cent of what we perceive of as taste in the first place. Add to that the fact most airline food is reheated in convection-style galley ovens—blowing more hot, dry air—and it’s easy to see why the battle against blandness has traditionally been waged with an arsenal of thick, salty sauces and cloying dressings—hardly a gourmand’s dream.

So, five years ago, the airline decided to partner with Germany’s Fraunhofer Institute to study the problem in a laboratory setting, making it one of only a handful of airlines in the world to undertake such research. The institute, which developed the mp3 format for digital music, erected part of an Airbus A310 inside a pressurized tube and asked volunteers to rate different menu items. What they found is that some dishes required up to a third more salt or sugar to achieve a similar taste profile to what was apparent near sea level. People’s perception of sour flavours, by contrast, was heightened by 50 per cent in an airplane cabin environment, which is pressurized to the equivalent of about 2,000 m. 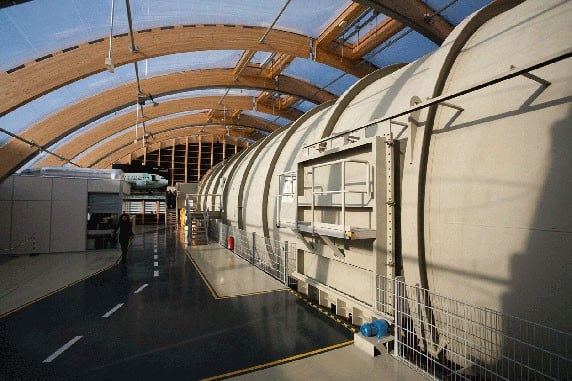 The pressurized replica of an Airbus A310 that Fraunhofer uses to test airline food.

Dumping more salt into the food was one option—and the airline reportedly did just that to its buns and rolls—but the study also revealed that spices like curry, ginger, cardamom and cinnamon tended to hold up much better and could effectively be used as a salt substitute in certain dishes. In fact, Derenthal argues the ideal airplane food is probably a rich curry, but that market realities mean airlines must cater as much as possible to local tastes.

Tomatoes were also found to be a relatively altitude-proof ingredient—thanks in part to their umami characteristics. Umami is the fifth taste, in addition to sweet, salty, sour and bitter, and can be best described as savoury or rich (think soya sauce and miso). The finding helped explain the surprising popularity of tomato juice among air travellers, despite the fact that most people rarely drink it at home. “Passengers aboard Lufthansa flights consume tomato juice in the same amounts as they do beer,” according to Derenthal, adding that the flavour of the drink changes from musty and earthy on the ground to bright and fresh-tasting in the air.

Lufthansa’s research has led it to the use of “natural intensifiers” like tomato serum and orange oil in recipes to bump up the flavour of dishes—even if the recipes don’t actually call for the flavours themselves. Lemon pith is also used to make sauces more stable. The research has also helped inform Lufthansa’s wine selection, with full-bodied, tannin-light “fruit bombs” generally making up the bulk of the on-board offerings.

However, the airline has been less successful in figuring out a way to make desserts sweeter without loading up on extra sugar. While Lufthansa’s passenger surveys suggest customers prefer healthier options like fruit anyway, Derenthal says he’s been in the business long enough to know the airline’s customers aren’t always honest with themselves. “People onboard definitely have a sweet tooth.”