In a crowded music-streaming kingdom, Google makes its bet

The music-streaming market looks like a Game of Thrones map. And Google Play Music has made its play for the crown. Will it work? 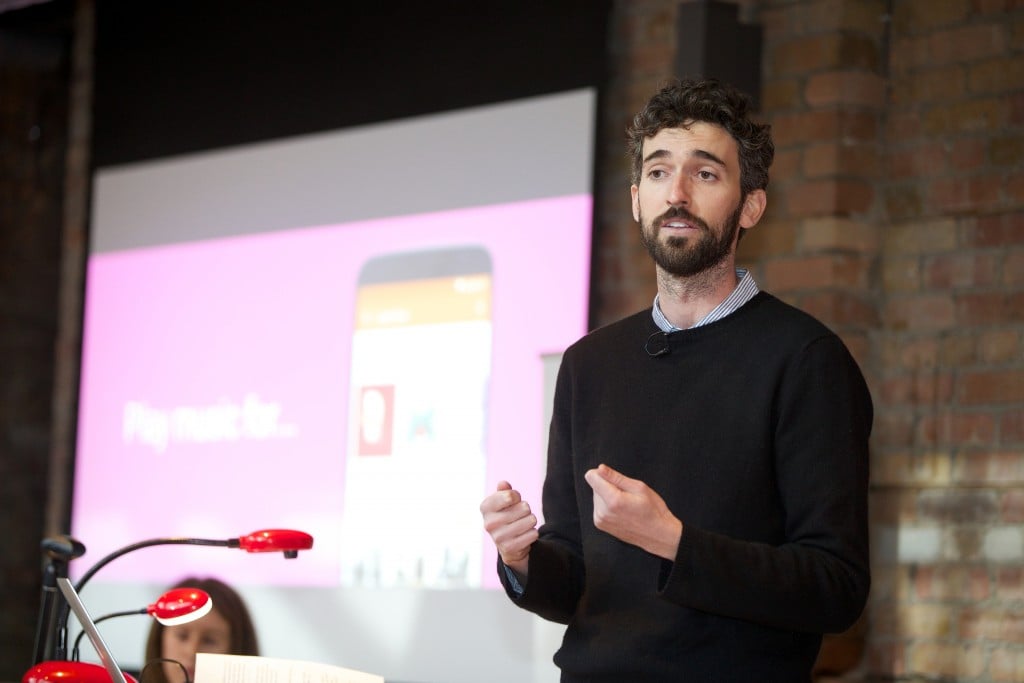 Peter Asbill, a co-founder of Songza, which will be rolled into Google Play Music in 2016. (Handout)

It may not be nearly as frantic and fraught as Game of Thrones, with its clans jostling and wrestling for the crown. But the kingdom of streaming subscription services offering on-demand music is crowded—and just about everyone wants to be number one.

Spotify is the app to beat, boasting 20 million users and, according to a new report, the most popular one in the world. Rdio—the king of the north, as the first streaming service to believe in Canada as a market back in 2010—was, like the Starks, among the first to fall, its head speared on a pike earlier this month and shipped off to Pandora, the leading service in America by the number of users on mobile devices. There’s the venerable Baratheon-like Deezer, a long-standing player that has proven to be on struggling ground after bailing on plans to go public. Tidal, the “artist-oriented” outfit bought by Jay-Z and sponsored by a number of major celebrities, enjoyed its moment in the sun, but is now something of a Targaryen shell—claiming to offer a luxury audiophile product that few believe can be truly possible, the kind of hushed-tone eye-rolling usually reserved for talk about dragons.

And there are new services cropping up all the time. Corporate monolith Amazon has leapt into the fray, though they are telegraphing their half-heartedness about that service by providing 1/30th of the songs its competitors offer, making it little more than a value-added element to their Amazon Prime membership. But without a doubt, the biggest new entrant is Apple, whose purchase of Dr. Dre’s Beats Electronics gave them the technology to launch Apple Music, a replacement to the iTunes store that changed the marketplace in 2003 by setting a market-wide price for a song: 99 cents.

The prize of all this effort and intrigue? The ability to control the future of how music is consumed—a crown that’s potentially made of fool’s gold, since growth in the field continues apace despite the services generally failing to turn profits after paying high-priced royalties to labels and the like. But it’s a shiny bauble nonetheless.

Related: A made-in-Canada approach to an approaching digital-media crisis?

Which puts Google—and its streaming offering, Google Play Music—in an interesting place. One arm of the Google Play app, the general marketplace for Android users to download and buy apps, games and entertainment, the platform has the pedigree and the hardware integration to conquer the streaming world. After all, Google owns Android, which shares with Apple a huge chunk of the mobile operating-system market; it, like Apple, could put Google Play Music as a default on millions of phones, for starters, and market it more widely. And yet in its four years—just 18 months in Canada, however—it is not one of the big names in music-streaming, with early reports that it wasn’t living up to expectations.

The sense of vague antipathy may be in part because no knows how many users Google Play Music has. Google is notoriously secretive, though spokespeople did say that it is available in 60 countries, and that numbers have doubled in the last year. But it’s clear it’s not a name-brand, and it’s hard to shake the feeling Google hasn’t harnessed its marketing power with a serious push. In part, that comes through in the product’s lack of identity—it’s not clear what features separate it from the pack—and that kind of thing matters in a crowded marketplace. Google Play Music is, in some ways, like Game of Thrones‘ House Martell—a powerful yet careful clan drawn into the fray that could easily snatch power for themselves, if power didn’t feel so base. 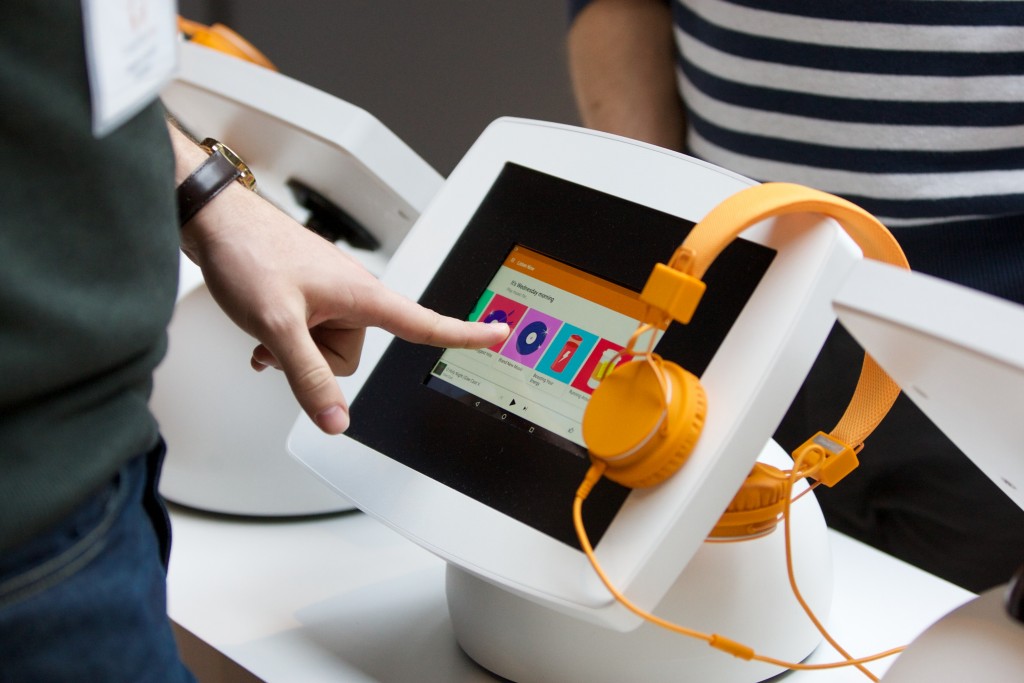 A demo of Google Play Music’s new mood-oriented playlists in Toronto, as curated by humans—a feature absorbed by Songza. (Handout)

That changed this week. At a Toronto event on Wednesday, Google announced that Songza—the curation/streaming service that provided playlists designed to match moods, activities and events with names like “Sexy Sweaty Dance Workout” or “Good Friends, Cheap Whiskey,” and which was bought by Google in 2014—would be rolled into a new free, ad-supported tier of Google Play Music. This “concierge” service has already been a part of Google Play’s all-you-can-listen paid subscription service, Google Play Music All-Access, which operates much like Apple Music; this announcement means the creation of a new free, but paid-by-advertising tier which allows people the option of sampling one aspect of the full service.

All this to say: No longer is Google Play Music a fairly vanilla offering, with an intimidating paywall and confusing nomenclature. Google is making a big bet on the power of human curation built not around artist or even genre, but by feeling—a distinctive approach to music consumption.

“Music-listening is inextricably linked to the context of the person who’s listening to it,” said Peter Asbill, a co-founder of Songza who is now a product marketing manager for Google Play Music, in an interview with Maclean’s. ” ‘I have a barbecue and my niece and in-laws and college friends are coming. I want to go to the gym and go harder and faster and stronger.’ People want a soundtrack for specific moments and moods in their lives. And that was an eye-opening idea that we [at Songza] heard time and time again.”

The question of whether that will work is a big one. Even Eric Schmidt, Google’s co-founder and the CEO of its parent company Alphabet, has his doubts, dismissing human curation as “elitist” in a BBC News op-ed while hailing algorithmic discovery tools. “It’s a much less elitist taste-making process—much more democratic—allowing everyone to discover the next big star through our own collective tastes and not through the individual preferences of a select few,” he wrote.

Asbill acknowledges that Schmidt is right about the value of this “machine-learning,” and says Google Play Music offers a combination of the two, with its Pandora-like “radio stations” continuing alongside these human-curated mood playlists. And Cohen says the roll-in of Songza curation increased listening time overall when it was added to Google Play Music All-Access earlier this year. But Asbill insists Google wouldn’t take this plunge if the average-listening time statistics—unreleasable, of course—didn’t bear out its usefulness. “I promise you we would not use human curation in our product at all if it did not work. We’re ruthless about that stuff; if it’s not borne out by whether people like it, we will can it.”

There’s also the fact that this feels like a catch-up move. When Apple Music bought Dre Beats Technology, many insiders believed it was for the industry-leading human curation offered by Beats Music; true to form, Beats Music was then absorbed by Apple Music, which now boasts playlists made both by experts and famous musicians. (Google did announce it would roll in Songza in the U.S. before Apple Music’s June launch.) Pandora and Spotify have long offered algorithmic options, too. But merely making a move to match Apple Music, and offer standout features compared to other apps, is a fairly significant move for Google, and they have as good a shot as any to succeed now. After all, with Google’s search engine, YouTube, and the popularity of its Chrome browser, what company knows how people work, play and think better than Google? It’s telling, too, that Asbill describes Google Play Music as a “lifestyle product”: a way to boost workouts, to ease long commutes, a way to lighten hard work days that’s embedded into the fabric of your life, powered by the things you do.

So perhaps it’s not the number one spot, the King’s Landing crown, that Google is after. It doesn’t want the throne—it wants to be the throne. With these moves, they’ve at least armoured up enough to belong on the battlefield.

“I think there’s no doubt [that we want to be number one.] That’s really not the primary thing that motivates us, to be honest, and that’s not really how we’re wired. I think that it’s a true statement, that that is what we want,” said Asbill. “But what are we really after? We’re trying to super-serve our users.”