Despite the low loonie and the hype around the foreign takeovers of Rexall and Rona, Canadian companies are cross-border shopping in a big way, too 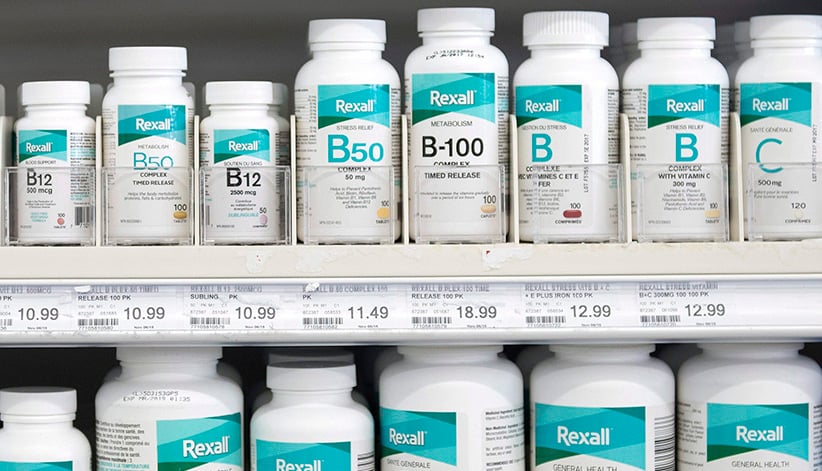 The proposed $3-billion purchase of Canadian drugstore chain Rexall Health by a U.S. health services company risks touching off another round of hand-wringing about foreign takeovers of Canadian firms.

In the wake of Wednesday’s deal between San Francisco’s McKesson Corp. and Edmonton’s Katz Group, a privately held company that also owns the Edmonton Oilers hockey team, commentators rushed to point out the cheap loonie, now worth about 72 cents U.S., was effectively putting Canadian assets on the block.

McKesson buys privately held Canadian drug store chain – Rexall. The U.S. dollar is such an advantage. We will see more of these deals

Adding to the consternation is Lowe’s controversial—in Quebec at least— $3.2 billion proposed takeover of home improvement chain Rona. The deal, announced last month, prompted the CBC to run a list of high-profile Canadian companies, from Alcan to Tim Horton’s, that were snapped up by foreigners over the past decade.

But must Canadian companies always play the role of sitting ducks? Not really, as it turns out. Data provided to Canadian Business magazine a few years ago showed that, between 2004 and 2014, Canadian firms executed more foreign takeovers than the other way around. Howard E. Johnson, the president of M&A International, which supplied the data, blamed the perception gap on a news media that puts foreign takeovers of Canadian firms on the front page, but banishes Canadian acquisitions of foreign companies to the business section.

The same perception gap seems to be alive and well in 2016. While the Rexall and Rona deals have captured headlines north of the border, Canadian companies have been on an acquisition spree in America. In fact, data from Bloomberg  for the first quarter shows the volume of Canada-to-U.S. takeover deals was greater than the U.S. takeovers of Canadian companies—US$27.7 billion compared to US$7.1 billion.

For instance, Canadian Pacific Railway continues to jockey to buy a major U.S. railroad. CP has so far made a US$30 billion cash-and-stock bid for Norfolk Southern and has reportedly also talked to rival railroad CSX about a US$20 billion takeover. Other pending Canadian takeover deals include: Algonquin Power’s proposed US$1.5 billion purchase of Missouri-based Empire District Electric Co., St. John’s-based utility Fortis’s proposed $6.9 billion takeover of America’s ITC Holdings, and label and packaging-maker CCL planned US$422 million purchase of U.S. anti-theft tag company Checkpoint Systems. Even the U.S. toy industry isn’t safe from the ravenous Canadians—Toronto-based Spin Master recently purchased Etch-a-Sketch for an undisclosed sum from a Bryan, Ohio-based metal lithography firm that had owned it for more than 50 years.

That’s not to say Canadian companies aren’t attractive to foreign acquirers when both our currency and Canadian stock market prices are so depressed. “One of the new realities for Canadian businesses is the exchange rate environment,” Doug Jenkinson, a partner in consulting firm EY’s (Ernst & Young)  transaction advisory services, said in releasing an annual survey of corporate and private equity executives. “The current situation means Canadian companies are ‘on sale’ for foreign buyers.” In fact, EY’s research showed as many as 56 per cent of Canadian companies were looking to take advantage of a favourable environment to sell non-core parts of their businesses over the next two years, higher than the global average of 49 per cent.

But there’s also a drawback for U.S. companies that buy Canadian firms at today’s exchange rates: the sales generated by the Canadian assets will be worth less once they’re repatriated back across the border, assuming the loonie trades at a discount for a prolonged period. By contrast, Canadian firms who pony up the extra cash to buy a U.S. company can look forward to more valuable U.S.-dollar denominated profits over the coming years (not to mention more exposure to the healthier U.S. economy). Add to that the fact many Canadian companies have been sitting on massive cash hoards, and it’s just as likely many Canadian CEOs still see themselves as the hunters, not the hunted—even with the loonie below (U.S.) 75 cents.